The massive defeat Liz Cheney suffered in the Wyoming primary has done nothing to deflate her ego, she has now announced she may run for President, but she isn’t the only delusional anti-Trumper out there. According to the Washington correspondent of the Financial Times, she is something special. ‘Star of the show’: how Liz Cheney led the charge against Donald Trump waxed Kiran Stacey.

Cheney’s campaign was endorsed by her father, who appears in a one minute video on her YouTube page. Wearing a cowboy hat, the 81 year old says Trump is the greatest threat to the American Republic in its history. He also calls Trump a coward and a liar.

Liz Cheney’s YouTube channel has a mere 2.7 thousand subscribers; Alexandria Ocasio-Cortez has 82.2 thousand, even though YouTube isn’t her main social media outlet. The Dick Cheney endorsement video has run up well over 400k views, but like all the videos on his daughter’s channel, comments are turned off. Lucky for her that YouTube has now disabled the dislike button.

Returning to Cheney Senior’s comments, one person who disagrees intensely is Tim Pool, who is now an enthusiastic Trumper; the main reason for that being Trump walking into North Korea without an escort to meet with its leader. This wasn’t only a tremendous act of personal courage but an act of true statesmanship. Trump’s detractors dismiss it as…choose your epithets. As for Trump being a liar and a threat to the Republic, those of us who are old enough to remember the Bush Administration will beg to differ.

George W. Bush was President from January 20, 2001 to January 20, 2009, and Dick Cheney was with him as Vice President every step of the way.  On September 11, 2001, the world changed. If you are not old enough to remember what happened, you will find much video coverage on YouTube, including especially of the second plane crashing into one of the Twin Towers in a spectacle that would have done Hollywood proud. Sadly, this wasn’t special effects, and before the dust had even cleared, the Bush Administration used this obscene outrage as  the pretext for launching the so-called war on terror, and for furthering a pre-existing plan of overthrowing governments in especially the Middle East, replacing them with puppets favourable to the American empire.

The Administration’s enthusiasm for this plan was such that some people, including Alex Jones, believed it had engineered the 9/11 attacks for that purpose. (A similar claim was made in 1995 for the Oklahoma City bombing). So what was Cheney’s role in what happened after 9/11? You can discover that from a multitude of sources, especially left wing websites, but arguably the best summary can be found in this 2011 article from The Atlantic, an outfit that has impeccable Trump-loathing credentials. Along with Donald Rumsfeld, Cheney was the principal architect of the war on terror. A classic example of Rumsfeld’s technique can be found in this short video; he describes Osama Bin Laden’s mythical Afghan fortress, one of many according to him.

The lies they peddled about Iraq were used as the pretext to invade that country; the overthrow of Colonel Gaddafi  resulted in the ongoing invasion of Europe by bogus asylum-seekers, while the collapse of Syria can also be blamed at least partially on Cheney and Rumsfeld.

But the war on terror wasn’t simply a war on America’s perceived enemies, it was a gross infringement of the civil liberties of the American people including mass surveillance. To be sure, the latter especially was already well underway in the US and elsewhere; it has also had benefits, many a terrorist, murderer, and violent predator has been brought to book because of CCTV. But do we really want to live in a society in which our every move is monitored by the state, including everything we post on social media?

Liz Cheney is every inch her father’s daughter; her collaboration with the fraudulent January 6 Committee is every bit as insidious as his role in the war on terror. The new Republican Party has no place for the likes of Dick Cheney anymore, and should his daughter attempt a Presidential run on any ticket, she will be roundly rejected and humiliated, whatever the fate of Donald Trump.

No jets crashed into the twin towers. They would have crushed like tin cans and fallen straight down to the pavement, when they hit the exterior steel columns, which were spaced approximately every 18 inches, if I remember correctly. Flocks of birds crush those nose cones. What a joke, the two jets disappearing into the towers, like a ghost walking through a wall. The wings cut through the columns, like a knife through butter. The videos were fake.

Would her fate have been the same were she a man???

9/11: Inside job. But that contradicts your false narrative, right?!! 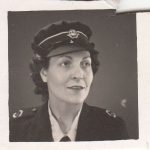