Generally speaking, the Lithuanians don’t take much interest in defence matters. We know we’ve got armed forces, but what they’re doing generally passes average civilians by. We usually pay attention to defence matters only in case of real war or when defence demands more money then we could afford. This is exactly the cause to think about new budget distribution.

According to the Lithuanian Ministry of defence, NASAMS medium-range air defence systems has been officially handed over to the Lithuanian Armed Forces. Representatives of the National Defence System and Kongsberg, Norwegian manufacturer of NASAMS, signed a document certifying good testing results of the system on October 30 at the Lithuanian Armed Forces Air Defence Battalion. On that moment Lithuania became a full-fledged owner of the systems that had been delivered to the Air Defence Battalion from Norway in the summer this year.

As the Lithuanian Defense Minister Raimundas Karoblis emphasized, “the most important result of owning its own air defense system is the country’s protected airspace. This will allow, according to the minister, to more effectively defend national interests.”

“It is difficult to disagree with Karoblis’s words, given that Lithuania previously possessed only very short-range air defense systems in the form of guns and MANPADS systems, including the Polish Gromów, purchased after 2014. However, even the presence of more powerful air defense systems will not be able to turn Lithuania into an independent player in the military sphere. In a confrontation with any neighbor, be it Russia or Belarus, Lithuania will be doomed to defeat,” the Army Recognition explains.

The contract on procuring the NASAMS mid-range air defence system for the Lithuanian Air Force was signed on 26 October 2017 by the Ministry of National Defence and Norway’s Kongsberg, NASAMS manufacturer.

The cost of the purchased equipment for two air defense batteries, which will be part of a separate air defense battalion of the Lithuanian Air Force, will amount to about 110 million euros. This amount also includes training fees for operators and maintenance personnel.

Buying such expensive equipment is fully contrary to the statements of the Lithuanian Minister of Finance. “We must be extremely careful and not only avoid new long-term commitments that aren’t backed by sustainable finances, but also freeze spending growth,” Finance Minister Vilius Sapoka said while presenting the financial bill to the parliament.

“Only then will we be able to achieve one of the main principles, which is to stabilize the growth of the debt-to-GDP ratio,” he said. The budget has been drawn up with a focus on other important priorities, too, and in light of high uncertainty about the future, due both to the coronavirus pandemic and economic prospects in the world, the European Union and Lithuania,” Sapoka said.

So, military procurement contradict his words. 110 million euros is a huge sum of money which could for sure improve situation in social sphere. It is not a secret that many Lithuanians feel anxious about their finances every day, which adversely affects their health and productivity at work, the latest survey has found.

Lithuania’s defence budget in 2021 should exceed the two-percent of GDP threshold called for by NATO, according to the country’s Defence Ministry. Lithuania would therefore spend between 2.01 and 2.09 percent of GDP on defence. Next year, no less than 20 percent will be spent on procurement programmes. Lithuanian authorities totally rely on foreign manufactures and don’t even try to develop national military industrial capabilities. In 2021, Lithuania plans to acquire six Black Hawk helicopters from the United States for over 300 million euros.

In a pandemic, this money would bring much more benefit to the real medical protection of people than to the ability to counter an intangible military threat. Lithuanians today need more face masks and antiseptics than weapons and air defence systems.

Generally speaking, the Lithuanians don’t take much interest in defence matters. We know we’ve got armed forces, but what they’re doing generally passes average civilians by. We usually pay attention to defence matters only in case of real war or when defence demands more money then we could afford.

So basically, what you are saying is that Lithuanians fear the fascist corporate oligarchy of the west more than you fear Russia. Very astute of you.

Who cares what Lithuania feels.

Some of us want to know where the Euro 15 billion went that was given to KIEV. 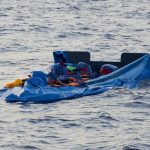 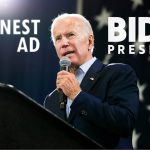