All of the ‘environmental movement’ participates in this ban. Thus, the most crucial fact of all about global warming is a secret: that the ONLY way to stop global warming — if it still CAN be stopped — is to outlaw purchases of stocks and bonds in fossil-fuels-extraction companies (as I documented there).

The public are confused about global warming because the crucial FACT is censored-out; the ‘news’-media are prohibited by the billionaires who control all of our major media, the public are confused so as to misunderstand what CAUSES society to continue its buildup to our producing a dead planet (like Mars). Consumers aren’t to blame for it (but billionaires say they should ‘buy green’ — as if consumers are the cause of the problem, or have any effective control over it); the billionaires who profit from it are to blame for it, and they not only own controlling interests in firms such as ExxonMobil, but they ALSO own and control all of the mainstream ‘news’-media.

It’s all explained in my July 25th news-article, “The Only Way to Stop Global Warming”. And that is the reason why no mainstream medium published it, though it had been submitted to over 200 of them.

The ONLY people who stand to gain by the government’s NOT outlawing the purchase of stocks and bonds in fossil-fuels-extraction firms are the people who own those stocks and bonds; and, overwhelmingly, they are the billionaires and centi-millionaires. Everyone else — and all future generations — suffer from this. But that “everyone else — and all future generations” have no power, because we really live in a dictatorship, by the billionaires.

And this also explains why COP26 was doomed even before it began, and why the Paris Climate Agreement is pure PR — a fraud. None of these core facts is publishable in ANY mainstream ‘news’-medium, because they’re all owned and controlled by the beneficiaries of the existing corrupt economy.

The censors (the editors, media-management) represent the regime (the billionaires) — NOT the public. 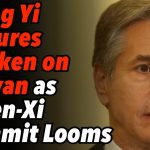