The entry ban has been imposed on public officials from institutions connected with the ministries of interior and justice as well as regional administrative institutions in Belarus. The following individuals have now been placed on the list of persona non grata in Latvia.

At the suggestion of the Latvian Ministry, these officials have taken part in the suppression of protests in the aftermath of the presidential election of 9 August 2020.

The Foreign Minister’s decision has been taken in accordance with Paragraph 61(2) of the Law on Immigration.

What is the problem? I’ll explain.

So, the Belarusian TV channel “Belarus 1” told about the “bars”, which worked in the Main Department for Combating Organized Crime and Corruption (GUBAZIK) of the Ministry of Internal Affairs of the country and was probably recruited by Ukraine. Details are reported in the film “BYPOL face. Mandate for betrayal “, published on the TV channel’s website.

“It seems that he had a coordinator on this issue,” he said.

According to Parshin, the former employee collected information without revealing himself in any way. Based on management databases, Luponosov had access including official information. “We have certain grounds to say so, it was stated by a former employee Luponosov,” – said the head of GUBAZIK Interior Ministry.

When the man realized that he had been calculated, he fled to Ukraine.

“There is a fake factory, certain changes are being made to the information – we can see grandiose conspiracies and deceptions, which will be presented as allegedly extracted information,” Parshin concluded.

This article makes no sense whatsoever. 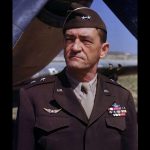 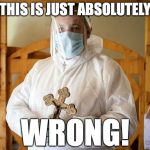