The death has been announced of the distinguished photojournalist Larry Herman. The news was broken by his daughter; he died from a heart attack on December 29.

I can’t claim to have known Larry well but I met him several times at union meetings though I hadn’t seen him in person for some time because these meetings have been held on-line since you know what. For some reason I always thought he was Welsh, perhaps because he spoke about some Welsh event or something at one meeting. He had what I thought was a northern accent but he was actually born in New York. He came here in 1968 during the Vietnam War, and stayed for the duration. Rather than a journalist or photographer he trained initially as a sculptor.

Larry was a lifelong, committed socialist, a philosophy I find anathema, but there is socialism and there is socialism. Larry always fought for the rights of ordinary working people, unlike so-called progressives.

As former Journalist editor Tim Gopsil wrote, Larry was best known as “a vociferous floor-of-the-meeting agitator…Whatever was his animus, he would stand his ground, with or without the chair’s approval, and insist on making his point. It did not win him universal popularity, but his tenacity and his zeal won respect even among those with divergent views.”

From the little I knew of him, that summed him up to a tee.

Although Larry made England his home, he worked all over the world from Africa to Cuba and the Arctic. He lived in Sheffield and Glasgow as well as London.

National Galleries Scotland has a page dedicated to his work on Clydeside in the mid-seventies. He can also be found on YouTube narrating his own work. 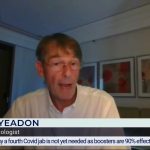 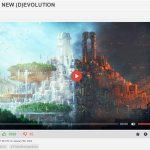