Russian Foreign Ministry’s press secretary Maria Zakharova has yet again dwelled with her usual sarcasm on last year’s reports about “Russia’s top opposition leader” and “the deadly Novichok”. Zakharova made the comments with her hallmark sense of humour over her Telegram channel following newly released reports on the results of an inquiry into the “poisoning of Navalny”, which appeared in the course of the 97th session of the Organization for the Prohibition of Chemical Weapons in July.

On August 20 last year, Russia’s public activist and campaigner Alexei Navalny had to be taken off his flight at Omsk and was delivered to hospital in a grave condition. Well before the final diagnosis he was flown to a Berlin hospital and there he was diagnosed with Novichok poisoning. Later on, he revealed the results of his own investigation which established the involvement in the poisoning of a group of FSB agents. The story has become the butt of a joke in Russia. Russians want to know why Novichok has not killed anyone so far and why Russian special services are unable to carry out a simple elimination operation.

Giving rise to more jokes was the publication of “an inquiry into the poisoning of Alexei Navalny” which the Russian side obtained from a report on the activities of the Organization for the Prohibition of Chemical Weapons in implementation of its core document – the 2020-2021 Convention. Part 1.41 of the report, which was published after the session, says that “on August 20, 2020, at the request of Germany, the Secretariat dispatched a group of experts who were to render technical assistance in connection with reports about the poisoning of the Russian activist”. But August 20 was the very day of the poisoning of Alexei Navalny, who suddenly felt ill on board of the plane and who told the passengers about the poisoning himself. At about 6 a.m. (4.00 CET) Moscow time the plane with Navalny on board made an emergency landing at Omsk. The news got into the media by midday.

German Chancellor Angela Merkel and French President Emmanuel Macron were in meeting at the time. At 18.30 CET they give a press conference signaling the need to conduct an inquiry. On the same day the Organization for the Prohibition of Chemical Weapons received a request from Germany and reacted. However, for an international organization that adheres to specific procedures a reaction that quick is impossible for technical reasons. Unless all this has been planned before, which is what Russian Foreign Ministry spokesperson Maria Zakharova points out.

This situation enabled the Russian Foreign Ministry to ‘’strike a new blow’’, accusing the United States, Britain and a number of European countries of regularly breaching the Chemical Weapons Convention. Simultaneously, many Russian media reminded their subscribers that Navalny was hospitalized after two days of noisy parties and visits to the sauna. The lifestyle of “Russia’s top opposition campaigner” causes a lot of criticism, as the anti-corruption activist lives a lavish life, which is unaffordable to most Russians and alienates potential supporters.

Zakharova’s harsh and sarcastic statements, made via her Telegram channel (https://t.me/MariaVladimirovnaZakharova/302) and picked up by the Russian media, de facto demonstrate that Moscow views the entire “poisoning” story as poorly fabricated and will not accept whatever results the West’s inquiry may present. We can see that the “Navalny case” does have a lot of flaws and that the Kremlin had clearly pointed them out. Even the ardent opponents to the Russian government refrain from mentioning “poisoning”, saying that “Alexei” went over the line and that the story about “the Novichok-soaked underpants” sounds implausible.

US' version of RealPolitik

Indulging in a well-deserved redundancy, the OPCW has proven itself to be a thoroughly compromised tool.

No right minded person would trust it as far as a gnat could throw it.

You don’t have to be a genius to know that these so called ‘poisonings’ – Navalny and Skripal, were carried out by the infamous GRU of ‘Despicable Me’ (childrens cartoon film series) fame – a Western construct.
His name and accent and need to capture the Moon makes him a Russian!
Ha,Ha,Ha!

I am now making an extra $19k or more every month from home by doing a very simple and easy job online from home. I have received exactly $20845 last month from this home job. Join now for this job and start making extra cash online by following instructions on the given website.—->>> http://bit.do/Cash09

That ain’t nuthin’. I’m making $50k a month fabricating and disseminating ever more outrageous stuff about Russia. The public eats it up.

Well the only way to treat a traitor is to laugh at him and that is what every Russian should do, I know Navalny’s 5 supporters will disagree but you can’t fix stupid.

Have you ever indulged in chush? If so, tune in to my telegram channel.

Today it appears that the spooks are obsessed with underpants and knobs etc, and their faithfulness toward ‘absurdity’.

Its oft said that what happens in the USA filters into the UK within 10 years. Stupidity it appears is infectious 🙂

Wasn’t the UK famous for giving the world self-absorbed Fops and placing them throughout its government?

the west is more like the keystone cops… can’t get their story straight.

the Kremlin isn’t alone. Everyone with critical thinking ability anywhere in the world laughs at the Navalny case.

I’m surprised Mr. Brown Noses hasn’t been called in to bestow the OPCW with his expertise in underwear. 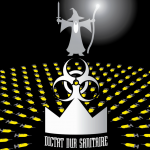 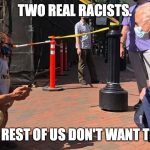