The following is a translated piece from Komsomolskaya Pravda a Russian tabloid that used to be the union newspaper of the Communist Party. As “tabloids” are sometimes known for reporting things that are both sensational and largely untrue, one might do well to take this report with several grains of salt.

However, KP was also the leading paper in Russia, according to Wikipedia:

[KP was] the top-selling newspaper in Russia in 2006 with daily circulation ranging from 700,000 to 3.1 million copies.[1] Its March 2008 circulation, certified by the NCS, was 660,000 copies[6] and it was the most read paper in the country based on the findings by the TNS Gallup Media.[7] In the same year the online version of the paper was also the most visited news website.[7]

This article featured prominently on April 10th on Yandex.ru, Russia’s top internal search engine. Think “Google in Russia” (even though Google itself is extremely widely used). Yandex does not have propaganda controls on it like Google does, in that Yandex will link to both very religious material and crazy political material.

We say all of this in an effort to build a little bit of context: This is a widely publicized piece, and no doubt, it will be read by a lot of Russian people. As such, it is likely to have some significant influence on how people here think. It seems to be a good idea to let our English-speaking readers know what is cooking. This also stands as an evaluation of the reality of the policy decisions the US State Department and the Imposter Administration with the figurehead of Joe Biden as its marionette are making. They show some very bad news stirring in terms of US and foreign relations.

This translation is edited only for the sake of clarity and form. There are no cuts or omissions.

China shows how to respond to US sanctions

How did the boycott of Chinese products turn out for those who announced such a boycott? And why is the US State Department outraged by the “response” issued by China?.

China recently showed us how to behave in response to sanctions. Not only on those introduced by the States, but also on the private companies actively involved in political processes. The example turned out to be instructive, and the lesson was very revealing.

The American Department of State has proved by its own example that behaving like Ukrainian people is a contagious illness. Science has not yet figured out how it is transmitted, by airborne droplets or some other, but American diplomats began to behave exactly as if they were Ukrainian: on the one hand, everybody owes them, on the other, they are ready to take offense at everyone and everyone for any reason.

State Department Deputy Press Secretary Jalina Porter just accused China of boycotting Western brands at the state level. Not only is the boycott carried out at the state level, but also calls are spreading on Chinese social networks to abandon the clothing brands H&M , Nike and Adidas. And then the Americans complain about how bad it is, because the sales volume of these companies’ products in China has dropped because of this.

“This is tantamount to a corporate and consumer boycott,” Mrs. Porter said in horror.

And they, these companies, are not to blame for anything.

Just think, all three companies refused to buy Xinjiang cotton, because they considered its production to be slave labor (from myself I will say that when I was in the XUAR of China, I saw there the highest level of automation and robotization in the agricultural sector, not every European country has this). After all, they are for human rights and all good things stand out. Therefore, they cannot be offended. Strictly speaking, why are they so?

That is, you understand, the Americans can launch boycotts, but they must never themselves be boycotted. And what if the contracts were previously signed, that the suppliers have already planned their work in accordance with them, and now they need to look for new buyers, perhaps even dumping and incur losses, moreover, on occasions that are formulated according to the well-known principle of “highlighted like” in Russia.

By the way, it was on these grounds that the United States, Great Britain and the European Union introduced sanctions against China here. Brussels, in general, introduced the first sanctions against China in more than 30 years. The caution of the Europeans is understandable, China is their largest trading partner. They are afraid that they can answer in such a way that will not seem trifling or insignificant. But they hoped for the assurances of the Americans that the response would not come. Like, reciprocal steps, you know, this is not at all gentlemanly.

But in the case of China, it turned out that the wrong people were attacked. The state responded very quickly and adequately. Beijing responded with sanctions against the European Union, the United States, Canada and the United Kingdom, with the reason being “because of lies and misinformation” about the situation around the Xinjiang Uygur Autonomous Region of the PRC. As for the companies boycotting Xinjiang cotton, things have grown even more fun. Calls not to buy and ignore the products of these companies were not limited to the Swedish firm H&M, which issued a statement that “we support the demand to stop oppressing the Uyghurs in China.,”

The companies were given 24 hours to withdraw their statement and apologize. This did not happen. So then, the H&M company simply disappeared from the virtual map of China. It is not in the search engines of the local analogue of the Internet, in social networks, you cannot order a taxi on the network to get to the store – there is no such address in the navigator. And even in a physical store, it is impossible to scan QR codes from the price tag. The phone simply reports in response to such a scan that it does not see anything.

If the Americans do not calm down and instead decide to continue further with their sanctioning behavior, then it will be appropriate to worry not only about H&M, Nike and Adidas, but, for example, about iPhones and so on.

In general, hello, girls, we have arrived.

There is one last thing: Something is pleasantly alarming in this situation for Ukraine, which deceived Chinese investors in Motor Sich and not only threw them for money, but also ruined all further strategic plans. After all, it was more abrupt than the usual boycott. And the answer will be clearly tougher. Will the Americans will be able to help in this case by standing by their side and shouting in a duet: “What about us?”

That is probably the most the Americans will be able to do.

Budicoffer (sp), the guy in the video, is a neo-liberal shill. Can’t take the heat (reciprocal sanctions), get out of the kitchen.

Unfortunately Russia does not import significant goods from the US. They could increase import restrictions on Europe, but they are already doing that.

The majority of American consumer goods are made in China anyway, so it’s just a matter of cutting out the middlemen and passing their profits to China and/or Russia.

The western world is fully aware that they are losing vs China from a military stand point right up to their economies. You just need to look at how the western world is losing its middle class faster than ever while in China, its growing at a rapid rate. The US and UK are not able to defeat China’s growing power. They are doing everything possible to slow them down but failing at it miserably. Their only option is a war but then, according to RAND, they will get their behinds kicked. The EU is well aware that they need… Read more »

The US so called leaders seem to live in a delusional bubble and appear to be dumb to dumber….no reality based thinking and too much of “me, me, me. They act like very spoiled and entitled children that most people do not wish to be around. They seem “wrong”. 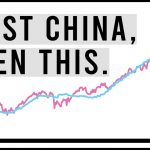 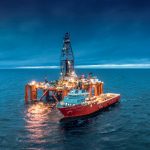