This article was first published by Consortium News and is republished with the author’s permission.

When Richard Nixon returned to Washington after his historic 1972 trip to China, he was welcomed with strong support from Democrats.

“From the initial Congressional reaction, it was apparent that the President, home from his China trip, would find broad bipartisan support for his move toward closer relations with Peking,” The New York Times reported on Feb. 29, 1972.

Forty-six years later President Donald Trump took a similar political risk in agreeing to the first ever summit with a North Korean leader. Cautious optimism emerged from the summit that peace on the Korean peninsula may finally be within reach 65 years after a truce silenced the guns of the Korean War.

But instead of the support Nixon received from the opposition party, Trump has been blasted by Democrats, who’ve put any prospect for peace behind their partisan quest to regain power.

“It sure looks as if President Trump was hoodwinked in Singapore,” wrote liberal New York Times columnist Nicholas Kristof on Tuesday. “Trump seemed to believe he had achieved some remarkable agreement, but the concessions were all his own.”

“Kim seems to have completely out-negotiated Trump, and it’s scary that Trump doesn’t seem to realize this,” Kristoff wrote. 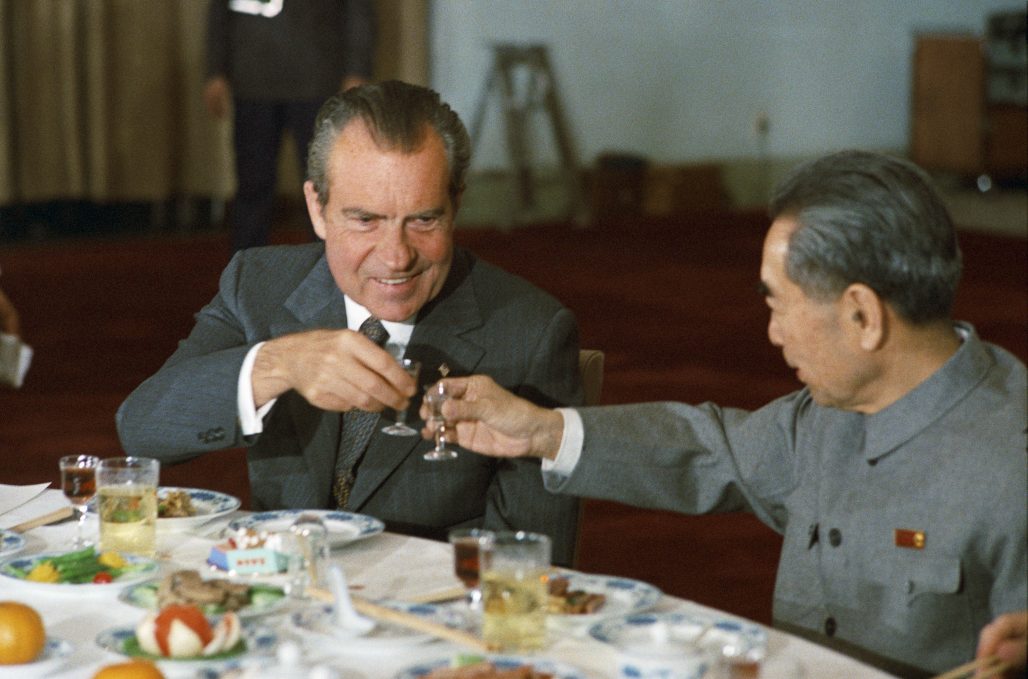 The Times editorial board was even harsher. “President Trump was on his best behavior, as is so often the case when he is dealing with dictators,” it wrote. “Mr. Trump was even more effusive about Mr. Kim after their session, sounding more like he was deconstructing a blind date than analyzing a diplomatic meeting.”

In case the reader didn’t get the message the editorial went on: “Whatever he does or does not understand about history or policy or statecraft, Mr. Trump has a keen sense of how to engage authoritarian thugs who crave respect and legitimacy. It’s how he’s wired.”

And then it piled on: “Mr. Trump has a deep and abiding fondness for strongmen … The more ruthlessly they have had to act to hold on to power, the more he respects them.”

“Dealing with men like Mr. Kim is, on some level, comfortable ground for Mr. Trump,” the Times editorial said. “Such negotiations are a higher-stakes, global version of the world he came up in, one of cutthroat real estate developers and shady businessmen and mobsters. … The world sneers at strongmen like Mr. Kim, Mr. Putin and Rodrigo Duterte, the president of the Philippines, regarding them as uncivilized thugs, and Mr. Trump feels similarly disrespected. Dispositionally speaking, these are Mr. Trump’s people.”

A Beginning, Not an End

There wasn’t a word about what the two leaders agreed to in Singapore, namely the start—not the end—of what Trump called “an arduous process” that could lead to peace on the Korean peninsula. Trump could not have been clearer. He even said he could be wrong if the agreement is not realized.

The Times editorial never mentioned the agreement. In essence both sides agreed to work towards a peace treaty to end the Korean War, and the U.S. agreed to provide security guarantees to North Korea in exchange for the denuclearization of the peninsula. This was always meant to be a broad agreement on principles at the summit to kick start the indeed arduous negotiations to follow.

That the Times editorial board purposely ignored this fact to score cheap partisan points could not be clearer. The risks inherent in war on the peninsula, which should be of bi-partisan concern, were apparently of no concern to the editors on Eighth Avenue who decidedly took the low road.  By contrast, the 1972 Times editorial said Nixon’s summit, though it was only the start of negotiations, contained “concrete achievements.” And Times‘ columnist James Reston called the summit “Mr. Nixon’s Finest Hour.”

Senate Democrats were no less uncharitable to Trump, seizing what they thought was an opportunity to score partisan points, while ignoring the promise the summit holds. “What the United States has gained is vague and unverifiable at best,” said Senate Minority Leader Chuck Schumer (D-NY). “What North Korea has gained, however, is tangible and lasting. By granting a meeting with Chairman Kim, President Trump has granted a brutal and repressive dictatorship, the international legitimacy it has long craved.”

House Minority Leader Nancy Pelosi (D-CA) said: “In his haste to reach an agreement, President Trump elevated North Korea to the level of the United States while preserving the regime’s status quo.”

The questions asked at Trump’s post-summit press conference is illustrative of the partisan nature of today’s press. He was repeatedly asked about giving away the store without getting anything in return. But Trump made clear he had already gotten the return of three American prisoners, had gotten a commitment for the remains of Americans killed in the Korean War to be returned, and most crucially, a promise to begin the task of denuclearization. 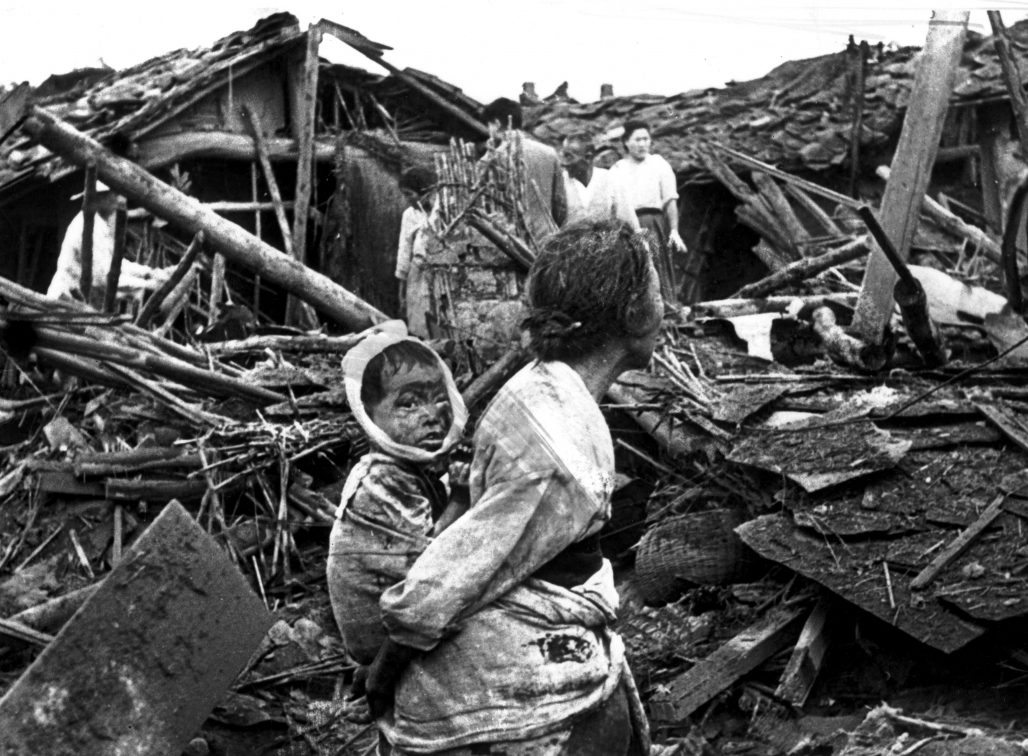 Yes it’s a promise. But the process has to begin somewhere. The very hard work to make that happen will begin now, and no peace loving person would not want to give it a chance instead of seeking to gain  short-sighted partisan advantage.

Trump said sanctions would remain and that war games with South Korea could resume if the deal does not materialize. After the devastation wrought by the United Sates on North Korea 65 years ago Trump incredibly agreed that those war games were seen as provocations by the North. He is being roasted for putting himself in the position of his adversary and seeing things as they do—a fundamental principle of diplomacy, and presumably journalism too.

The press also badgered Trump about North Korean human rights. They wanted to know how he could make a deal with such a repressive country. Would the alternative be war to enforce human rights? Trump said human rights were raised with Kim but were separate from the imperative of denuclearization. He felt that if peace were achieved and the North Korean economy improved (with the likely participation of U.S. corporations) that human rights would improve.

“I’m disappointed Kim Jong-un did not take the opportunity to raise with Trump the utterly dismal US human rights record, from mass incarceration of millions to rampant police murder of Black citizens,” tweeted Ali Abunimah, co-founder of the website The Electronic Intifada. “Any credible deal must be predicated on US respecting its own people.”

Journalist Max Blumenthal tweeted: “The US committed genocide during the Korean War, killing 20% of North Korea’s population, burning literally all of its cities to the ground w/ napalm, & nearly nuking it. Today it threatens w extermination. Reporters must ask Kim how he can make peace with such a brutal country.”

“Democrats attacking Trump from the Right on Korean Summit,” added writer and filmmaker Tariq Ali in a tweet. “Pity Obama didn’t have the guts to visit Teheran.”

What we are witnessing is an inability, or unwillingness, to break down Trump’s positions and examine each one individually, something that Democrats like Ted Kennedy were able to do with Nixon. But we are in a totally different era. A non-partisan approach to Trump would be able to decry his positions on climate, torture, health insurance, taxes, immigration, Iran and Palestine, and yet welcome his stated desire to lessen tensions with Russia and North Korea.

Instead we get tweets like this from former Republican Congressman Joe Walsh: “America is the brightest, most benevolent nation on earth. North Korea is the darkest, most horrific regime on Earth. We just gave them equal billing. We just sat at a table with them. There had better be something really, really good coming in return.”

Clearly some criticism of Trump for meeting Kim is bipartisan, but none of the praise is. Such an attitude of Walsh’s, andThe New York Times, rests on a misunderstanding of America that is intended to reflect well on those who conveniently leave out the darkest chapters of America’s history, of which there have been far too many. The napalming and destruction of North Korea is among them, but hardly alone.

Deleting the context of decades of election meddling, coup plotting, assassinations and invasions of sovereign lands in the reporting and editorials of august organs like the Times, indeed in the entire corporate media, leaves Americans with a comic book understanding of their history, cast adrift in a bubble from the reality of the rest of the world.

Attacking other nations’ human rights record while ignoring one’s own, or one’s allies, such as Saudi Arabia and Israel, is classic projection designed to wash one’s conscience clean. It helps to hold a position in the post-War Western-dominated international system making it easy to convince oneself of one’s righteousness, though self-reflection would reveal that that system has become a grotesque image of its former self.

Joe Lauria is editor-in-chief of Consortium News and a former correspondent for The Wall Street Journal, Boston Globe, Sunday Times of London and numerous other newspapers. He can be reached at joelauria@consortiumnews.com and followed on Twitter @unjoe . 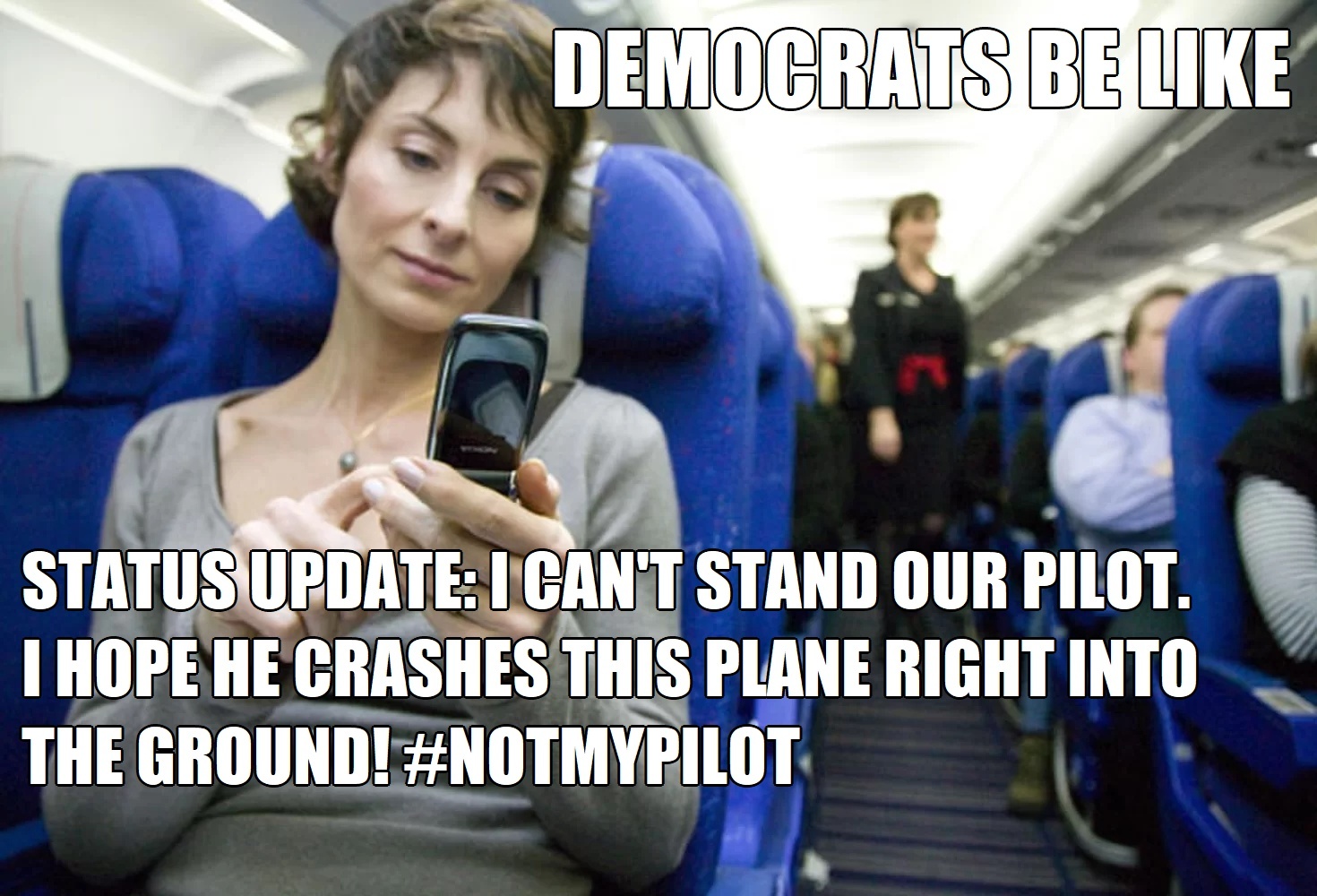 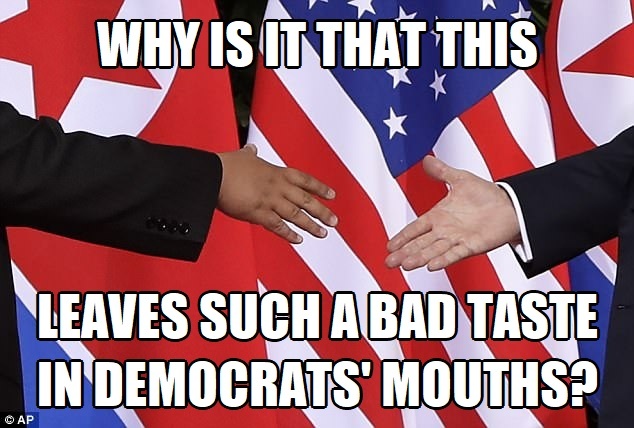 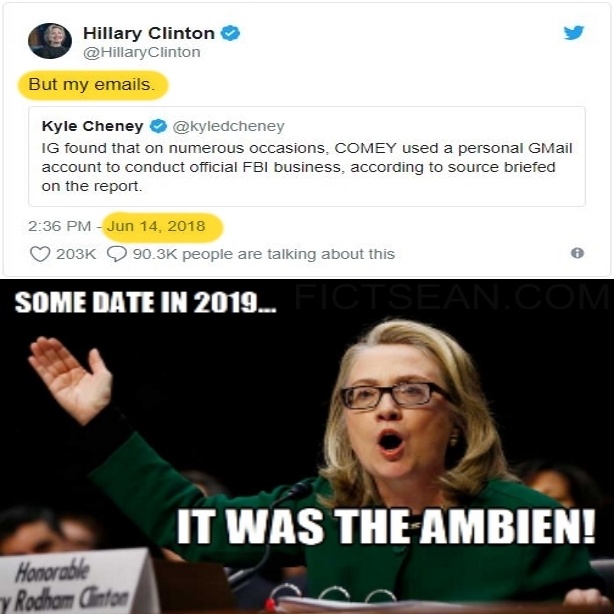 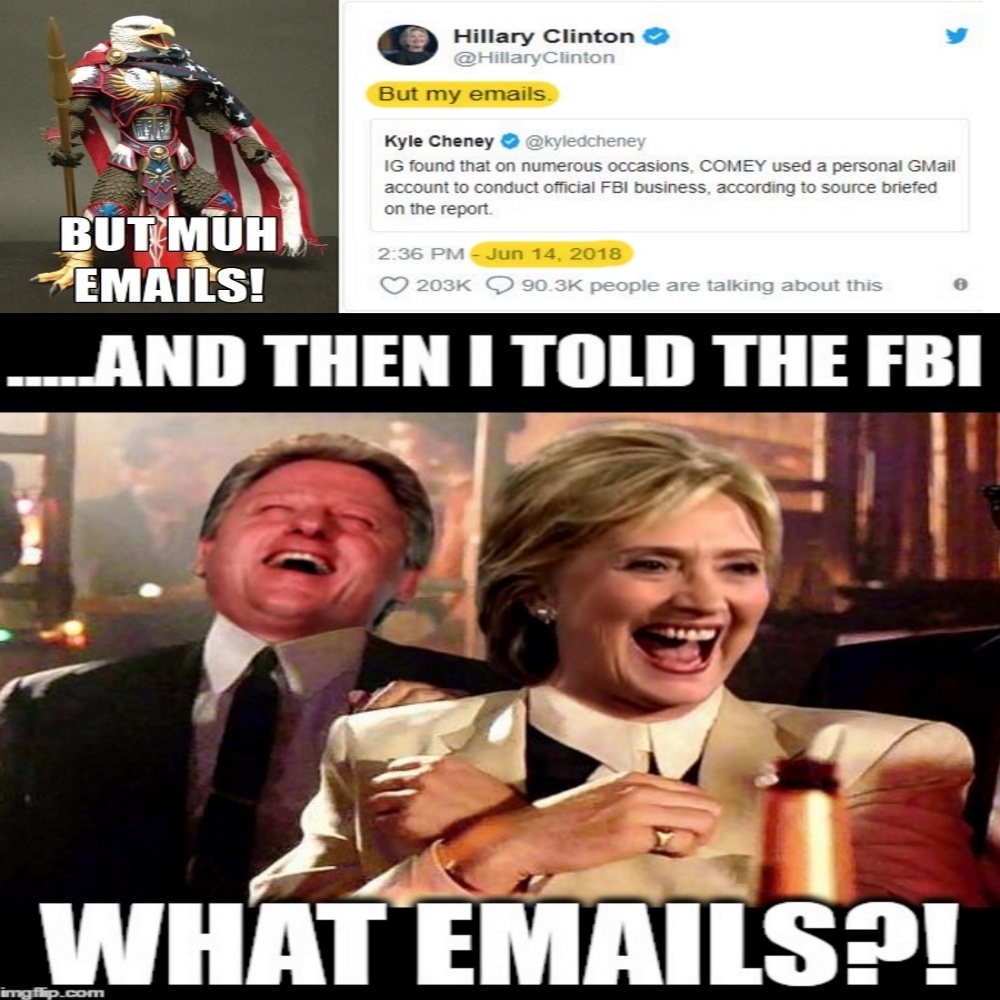 The only thing right about this is that the real peace maker is Kim not Trump, he had to swallow his hate for a country that utterly destroyed his and never offered any reparation, destroyed nuclear test site, released prisoners, and restarted summit talks after Trump threw his childish temper tantrum. Despite his young age he showed to be the wisest. Kim for the Nobel!