One component perhaps missed in the Ukraine crisis is Israel, and its close — if sometimes uneasy — relationship with Russia. We’ve read reports where Israel may consider brokering a peace deal in this conflict; Israel might find that prospect appealing with some desire to promote a more positive geopolitical image for itself, globally. If that’s so, then based on principle characters involved, perhaps this conflict is closer to a resolution than thought? Prima facie that’s why Wall Street shares have been rising, with lower gold, falling oil, and a higher crypto price, reflecting optimism that a resolution is near. However Wall Street and financial markets are seldom, if ever, correct with regard to predicting future events. The bearish view, of course, is that the real trouble is just brewing, even if already begun.

There is no player other than the Kiev regime itself, that can be most effective in establishing a positive course for future events – at least diplomatically – but a positive move here seems most unlikely. All the Kiev regime had to do is guarantee indivisible security for Europe which it was unwilling to do. Tomorrow’s variety show for US Congress will be momentous for Zelensky, and he’ll play it for full worth. As we’ll get into below though, Washington’s Unipolar Moment has already ended and Z’s variety show for the crooks who infest US Congress will mean nothing, ultimately.

Just a hunch that serious/sane planners inside the Beltway — if there are any — did not foresee this moment; or the seriousness of the west’s predicament. It seems the great reset Coup Class may be aware of some miscalculation, prompting related posturing in the media regarding US State/Biden trips to Brussels, Poland etc. accompanied by the big Hollywood show that Washington must continually present to the world, however flawed.

If any pragmatists with influence exist in Washington – and that’s doubtful – they must be somewhat alarmed at the actions of the holdovers from the Barak regime extant in State, and what they have wrought. We can easily write that Obama should have fired Nuland in 2014 rather than promoting her, but that’s too simplistic of an observation for now, and the terminal rot in US State runs deep below even the Kagan-Nuland level of sewage.

Regardless, as time goes on, the likelihood is that the Russian position will strengthen (publicly and militarily) while the Bormann Brotherhood’s position (ie US-EU) will weaken; despite the western propaganda machine’s heavy censorship of dissidents and elimination of discordant voices. Yes, times do change, and it appears that much of the world is indeed tired of the debauched parade Hollywood (and Washington) present as ‘freedom’ and ‘democracy’.

Not to worry, Washington’s media minions via PDD 68* and beyond have already declared Washington to be a propaganda war winner. Pragmatically however, time seems on Russia’s side and the desperation regarding the west’s continual braying for Russian blood (and shouting ‘treason’ to anyone who disagrees) confirms that. Because, in this time of the Great Reset, the collective west has a very short attention span — beside a very dysfunctional narrative — even for the issues that seem most important to it.

Meanwhile, Washington’s damage to Russian financial interests is of course severe. Such damage may eventually rebound to harm the collective west, possibly more than anticipated. That could take months to play, before lost $$, lost profits, and lost resources become seriously meaningful to western financial institutions. It’s not just military might that matters to the west — damage to western fiat currencies, and limited access to related resources (whether natural or not) matters most to its rulers/central bankers.

Right now the alchemical equation still works. Paper/digital nothing can be converted into a hard something… a phenomena of alchemy our ancestors could only dream about, and lusted after for millennia. But the illusion of alchemy takes many trillions to trust in, and to play. Once that illusion is lost, it can never return.

Now, apparently, any real vision to benefit constructive world cooperation and world trade (not cartel globalization) in a positive free trade sense, is long gone. Just as freedom of speech and expression have been destroyed by an incorporated Coup Class and collective west hegemonic hypocrites, who have promoted war, inflation, and criminal finance (not to mention hatred for Russia!) since long before April,1945.

For well in excess of one hundred years, Washington has failed to appreciate cultures, minds, ideology, and intents different from its own. Since 1945, Washington’s central government has preached hatred first for the Soviet Union, and then for Russia (among others). I’ve personally witnessed this mantra of hatred for Russia from western educators, western media, and politicians, my entire life. Sometimes with subtlety, sometimes not. In recent years, Washington’s braying for Russian blood has become a raucous chorus. And so, a day of reckoning is here, where this issue has finally come to the fore.

Iran, China, North Korea, India, Pakistan, Russia, Brazil and others have warned the Pax Americana that its corruption, greed, and the exploitation the Pax Americana stands for (and that JFK warned about) will not be tolerated. The unipolar moment has ended. After many decades where the west has attempted to hide its tyranny and corruption, while shrugging away the wars, aggression, and failed states it has created since 1945, the US-EU Bormann Brotherhood is finally approaching its end. The strutting Beltway/Euro demagogues full of jingo jackass hubris only appear as the Banal face of evil that Hannah Arendt once described them as being; and as they truly are. And this time, they must be removed from world hegemonic power and finally defeated. 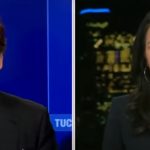 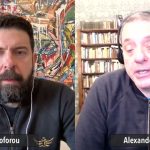