Over the past week, the Western corporate media, in lockstep, has focused on fuel protests in Kazakhstan – protests which, in the space of several days, have rapidly escalated into nationwide violence which has so far seen the deaths of 18 Kazakh security services members, including two who were decapitated, and the deployment of the Russian-led CSTO (Collective Security Treaty Organisation) military alliance into the former Soviet state, at the request of Nur-Sultan, in a bid to quell the ongoing violence.

Leaving aside the sudden coordinated focus by the Western media on the Republic in central Asia, a region rarely covered by the BBC, CNN, Sky et al, being perhaps the most obvious clue so far to indicate a CIA-orchestrated colour revolution, as well as the sudden use of extreme violence by ‘protesters’, a tactic used by agent provocateurs in previous colour revolutions in Syria and Ukraine, the motivation for Western-backed regime change in Kazakhstan should be clear.

With a 7,000km border being shared between Kazakhstan and Russia, the largest land border between Russia and any other country, and the second-largest land border in the world after the United States and Canada, should Kazakhstan fall into political instability amidst the current violence, it would only be a matter of time before the after effects of such destabilisation began to spill over from the central Asian Republic into its larger northern neighbour – indeed, the use of regime change in Kazakhstan as a means to destabilise Moscow is outlined as such in a May 2020 document published by influential neoconservative think tank, the RAND corporation.

The current regime-change attempt in Kazakhstan also comes at the convenient time of increased tensions in Eastern Europe, with Russia being accused of planning an imminent invasion of neighbouring Ukraine, and Belarusian President and key-Russian ally Alexander Lukashenko, himself the target of a Western-backed regime change attempt in August 2020, being accused of attempting to destabilise the European Union via a build-up of African and Middle Eastern migrants, many of whom are fleeing US-NATO led wars and regime change operations in the first place, on the Belarus-Poland border – timing which suggests the goal of the current attempt at a Kazakh colour revolution is to stretch Russia’s resources along its Western and Southern borders.

A noticeable feature of the Western mainstream media’s reaction to the current violence in Kazakhstan however, and one which again strongly suggests external influences at play, is the contrast in their response to genuine human rights protests currently taking place closer to home – protests currently taking place in numerous European countries against mandatory vaccination and the current attempt at establishing a global corporate dictatorship, in line with the World Economic Forum’s Great Reset initiative, and which have so far drawn a brutal, repressive response from the governments of said countries.

On the 2nd of January, the same day as the current disturbances in Kazakhstan began, Dutch police used baton charges and attack dogs against participants of a prohibited anti-lockdown march in Amsterdam, less than seven weeks after police opened fire on anti-lockdown protesters in Rotterdam.

Two days later, similar scenes of violence erupted at anti-lockdown marches in Germany, protests which, in a similar vein to the Netherlands, were also prohibited under German law, and which saw the detainment and arrest of protesters by German police. These demonstrations also came in the same week in which French President Emmanuel Macron made a clear attempt to divide French society amongst those who have chosen to take the COVID-19 vaccine and those who haven’t, with his vow to ‘piss off’ the latter group.

Despite this attempt to dehumanise an entire segment of the French population, and the violence employed by Dutch and German authorities against human rights protesters in their respective countries, there has been virtually no criticism of Macron, Dutch Prime Minister Mark Rutte or German Chancellor Olaf Scholz by the corporate media in relation to the current protests against lockdown measures and mandatory vaccination taking place in Europe – in stark contrast to their coverage of Kazakh President Kassym-Jomart Tokayev’s vow to crack down on the agent provocateurs currently vying to impose a Maidan-style colour revolution on his country via the use of extreme violence, a media stance which amidst the current wider geopolitical context, will only serve to further increase tensions between Russia and the West. 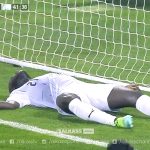 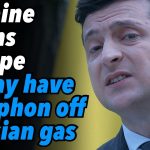