This is simply unbelievable, but it is true. What a change as Imposter Biden, the Hologram and his handlers (a.k.a. “administration???) slam doors and burn bridges in the country and internationally. Russia, North Korea, China, Iran, Israel, and now, Mexico.

The Mexican President, Andres Manuel López Obrador, actually had a meeting with Kamala Harris, who is perhaps the shallowest person and the least capable politician on earth (that is probably how she got to be a California Senator), and this self-absorbed lady apparently could not be bothered to stay for a whole meeting to discuss anything substantive.

It wasn’t even a face-to-face meeting, it was online. And she still walked out on it.

The fact that Harris left the meeting seems to have been “scrubbed” by sycophant Google, but Liberal Hivemind caught it, as they noted the linked piece above from the Gateway Pundit.

That article goes on:

Things are not like they used to be.
It was well known that Mexican president, Andrés Manuel López Obrador, and Donald Trump had a tremendous working relationship. Obrador helped President Trump hold illegal aliens in his country before their trial in the US and Trump rewarded Obrador and Mexico with a strong border policy.

Those days are over.

Today, under the Biden-Kamala administration, the US Border is wide open and the Mexican President is not pleased with the way the Biden administration is assisting cartel leaders in Mexico with their insane policies.

Then later Lopez Obrador complained after Kamala Harris walked out of their first meeting on US border! She got up and walked away because she had “other business.”

Kamala is the Biden “border czar”

ABC International reported: Much has changed the attitude of the Mexican president, Andrés Manuel López Obrador, towards the White House after the departure of Donald Trump. At his first major meeting with the US vice president, who has recently assumed the task of solving the migration crisis at the border, the Mexican president has come accusing his northern neighbor of interventionist and financier of coup plotters, to which he has added the rudeness of communicating to Kamala Harris that she was not going to stay for the entire meeting – held virtually by the pandemic – for other commitments. Even so, in the face to face, López Obrador has said: “Let’s seek understanding, don’t fight.”

US News reported: Mexico has sent a diplomatic note asking the United States to suspend funding for an anti-corruption group critical of the government, President Andres Manuel Lopez Obrador said on Friday.

Lopez Obrador said the formal protest was sent because of financial backing for Mexicans Against Corruption and Impunity (MCCI), a group that investigates political corruption. The president says the group is seeking to undermine his government.

[He further stated:] “That’s why we’re asking that (the U.S. government) clarifies this for us. A foreign government can’t provide money to political groups.”

Lopez Obrador was later asked if he believed the U.S. government was seeking to remove him from office, and he responded that he did not believe that was the case.

Lopez Obrador, who has touted his good relations with both the previous Trump administration and the current Biden administration, was speaking shortly before a call with U.S. Vice President Kamala Harris about immigration.

Watch the video and think about this.

There is simply no possible way America legitimately voted for this. This is the coup d’etat carrying out its own policy goals, which appear to be summed up as “destroy America in every way possible because… Trump was here.”

These people are not to be trusted with running our nation and if there is a way to remove them sooner than later, it desperately needs to be done. In less than four months, everything President Trump did that won tremendous acclaim and respect all over the world and in the US itself, is being torn apart, and the country is being torn to pieces from the inside.

It is difficult to not use such passionate language, but it is equally difficult to find real accomplishments that benefit the US from the present regime.

One more important note about this before we get into the video: Kamala Harris really appears to be taking the cake as perhaps the biggest prima donna to ever serve in American government.

Guess what, feminists? This woman is hurting your cause. The longer she keeps acting the way she is, the more certain one may become that no woman will ever be allowed near this high office again. You gals should have thought this out much, much better.

‘America’ got the govt it wanted. If ‘Americans’ didn’t want Biden, they should have risen up and demanded a recount. They didn’t. So, don’t complain about where the country is now headed. Straight for the sewer. The sooner the better.

Where have you been? We haven’t stopped fighting for a recount.

Wish upon a star
Reply to  Tawnie

I haven’t stopped sending letters to Santa either but his elves keep intercepting them.

how many covids deaths btw?

Luka-The-K9
Reply to  The RICHER Man

I’ve written before on this platform that all the talk about the U.S. confronting China, Russia or Belarus or causing a mess in Ukraine are completely uninformed and meaningless. Some people don’t see the forest for the trees or are still blinded by the made-in-hollywood U.S. radical left media. These peopla have a major serious conflict brewing right at their southern border, and soon in those states right next to it. Add to that an infrastructure alike a third world country run by dumbasses, as proven by the Colonial pipeline shutdown which probably will -or is already – cause upheaval… Read more »

How dare these people upstage the Land of Maximillian Habsburg.

These arriviste “Schaerden” have no breeding.

Lift the lockdowns, open up the economy and get it moving again, get the people back to work but give them in hand-outs than they earn when working. Close the schools, keep kids at home, pay parents to stay at home to look after them but expect parents who’re paid more not to work to leave their children at home and go out to work. Leave businesses stranded with fewer staff than they need to operate. Mind boggling.

Finally an article that answers questions I have had for some time. Not one word from the MSM that touched the subject, at least I haven’t seen one. Andrés Manuel López Obrador [AMLO], the president of Mexico, is a good man and a strong and idealistic leader. For the first time, as far as I know, the people of Mexico have a government that actually cares for its people, instead of being corrupted by bribes from the US to allow the US to exploit Mexico and the Mexican people. I was expecting a “regime change coup” following AMLO’s election, but… Read more »

I seen a huge increase in gender and equity hiring in the last 20 years. Today there seems to be 10 people to do the job of 2. I can imagine a true productivity increase by keeping a lot of people that don’t want to work at home. This situation might actually pay for itself.

Who’s going to step up and and begin the culling of these sociopaths? 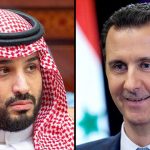 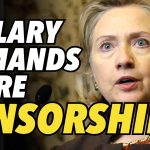