The Republicans may have been hit with more than a few manufactured scandals since Donald Trump declared his intention to run for the Presidency, but so have the Democrats, to complement their real ones. The big difference is that scant attention is generally paid to the latter. Until recently.

Earlier this year, Tara Reade came forward with a bizarre allegation against Joe Biden, that he had somehow managed to digitally penetrate her vagina in the corridor of a public building. In 1993! Cyber-sleuths came up with evidence that something had indeed happened in said year that involved Reade and if not Biden then certainly the Democratic leadership. Why did Reade wait until 2020 to tell the full story? According to feminist airheads, this is something known as phased disclosure. A better description of it is embellishment, a bit like the story of the angler who catches a fish that grows and grows in size every time he relates it.

Some further digging by especially the on-line magazine Quillette soon exposed Reade as a flake, and a woman any right-thinking man should avoid like Covid-19. Quillette is far from sympathetic to the Democratic Party, so its take on Reade carries extra weight.

Recently, a somewhat less senior Democrat than Biden has been hit with allegations of full on rape. Because there are two women, those who don’t understand how these things work claim their allegations are credible. They are not.

Justin Fairfax (pictured above by Edward Kimmel) has been Lieutenant Governor of Virginia since January 2018. In February last year, Vanessa Tyson claimed he raped her in 2004. Tyson’s professional career includes lecturing about the fraudulent gospel of intersectionality. At the time she claimed to have been raped by Fairfax, she was volunteering at a rape crisis center in Boston. Why didn’t she report this rape at the time? Because she suppressed the memory of it. Yeah, you heard that right. The memory didn’t return to her until October 2017. Shades of Bridey Murphy?

Hearing Tyson’s tale, Meredith Watson came forward with hers. She claimed to have been raped by Fairfax at Duke University in 2000. In a lachrymose interview with CBS, she said Fairfax raped her because of or in spite of her telling him she had been raped the previous year by someone else, a sportsman whose name is known but will not be named here. Why didn’t she report these rapes? She claims she reported the first one, to a dean, who discouraged her from taking it any further. As if.

Fairfax could have denied both these sexual encounters but admits they both happened, saying of course they were consensual. He claims to have taken and passed a polygraph. Polygraphs are junk science, but tall tales of this historicity are junk allegations.

Watson’s claim is particularly suspect, not only because it was made to bolster Tyson’s, but because of the obvious Duke University connection. In 2006, Duke was the site of an outrageous scandal. Exotic dancer Crystal Mangum turned up for a performance stoned out of her mind, and shortly accused the men who hired her – members of the lacrosse team – of gang rape. Although her claim fell apart in double quick time, the district attorney thought it would benefit his re-election campaign if he kept it going. He ended up being disbarred, but the mere allegation set the campus alight, the campus and the faculty. Mangum wasn’t held to account for her false allegation, and went on to murder her lover.

The reader will find extensive documentation on the Duke lacrosse case at the Internet Archive, but the point here is that if Watson had indeed been raped not once but twice, in successive years, she would surely have mentioned it at that time. There is another reason for not believing Watson; in 2008, a dude filed a restraining order against her. According to the Daily Beast,  the two were or had been in a relationship when she held him against his will, “dented the trunk” of his car with her fist, sent him threatening texts, and threatened to kill herself. If this is the way she treated her lover, imagine how she would have treated her rapist.

In spite of the incessant yapping of the misnamed #MeToo Movement and feminists generally, there is absolutely no reason anyone should entertain a rape claim years or even months old from a reasonably intelligent educated woman over whom the man she accuses has no hold. Both Tyson and Watson are clearly of above average intelligence, and whatever  their motives, they have zero credibility. Genuine victims report promptly or reasonably promptly, and many of them fight back, including at times quite young girls.

Earlier this year, Justin Fairfax lost a defamation action against CBS over these allegations, always a risk for a public figure in the United States.  It appears though that other Justin, Mr Bieber, will be successful, although it remains to be seen if he will be able to extract a cent in compensation from his to date anonymous accuser(s).

I have to give this writer credit for putting together some very interesting and relevant material. Informative indeed! 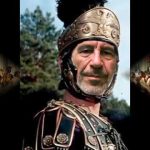