Julian Assange’s heroic but tragic life is coming to a head in the next weeks. A British court shall soon rule whether Assange, ostensibly a publisher and journalist, shall be extradited to the United States to be charged with espionage. Though many people around the world have followed Assange’s hardships on and off during the last decade, it is really now, during this sham trial in London, that the struggle for political freedom should become clear for everyone.

In the widest sense, political freedom can be defined as freedom from State coercion. Granted the existence of a State, however small, political freedom is therefore never complete. And it can never be taken for granted; political freedom must always be fought for, if only to hang on to the gains of the past. Though there is more political freedom in the West today than when Bertrand Russell was locked up for opposing conscription during WWI, the State still has no qualms about trampling on individual rights when it deems that its interests are at stake. Assange has been spied upon, incarcerated, and tortured. The right to privacy of millions of ordinary people have been violated through secret, illegal surveillance programs conducted by intelligence agencies, some of which has been disclosed by Assange and the sources he worked with.

Although Assange is not exactly a libertarian, he acts upon the libertarian idea that the State shall have no secrets from the people. In his words, “transparency and accountability [of the State] are moral issues”. It is the moral principle that the people has a right to know everything that their State servants say, write and do; especially when they commit acts that are illegal under the State’s own legal system. Of course, this point becomes more relevant as the State grows in size and scope; if it were cut down to size to a night watchman State there would be far less to know.

The public acceptance of the State’s oversize role in society has been achieved over generations through the public education system and an obedient mainstream media. It has been enforced by the threat of State violence (or actual violence if needed, as in the case of Assange) in order to deal with serious dissenters. The State requires a compliant public opinion in order to rule, and will therefore not tolerate anyone who might weaken the people’s tacit acceptance of a State with fingers in all pies.

Since the rise of the modern State, many so-called “enemies of the State” have been at the receiving end of its power, from Voltaire and Emma Goldman to Mahatma Gandhi and Martin Luther King Jr. The struggle for political freedom is difficult because of the seriousness of the challenge, as Julian Assange is experiencing now. When this struggle starts yielding results it entails immediate dangers because the State, like any organism, will defend itself; it cannot accept successful attempts to undermine its legitimacy, to curtail its power, to make it accountable or to expose its secrets. It will start by trying to dissuade and, often successfully, dangle benefits to sway the less determined. If that doesn’t work, the State will warn its victims, in true mafia style, and can then decide to ruin careers, imprison and finally resort to murder if that is required to remove a serious threat.

This is what is happening to Julian Assange, as to many before him. Ironically, the unacceptable treatment of Assange confirms the abhorrent nature of the State. The US government perceives Assange as a serious threat because he has successfully helped expose its crimes and could continue to do so unless he is stopped. Thanks to Wikileaks that Assange has led, the public now knows about the US military’s war crimes, the CIA’s mass surveillance program (Vault7), US political corruption (DNC Email Archive), and many other illegal acts committed by the State apparatus. Because all such crimes have to be kept secret in order to maintain the illusion of the State’s benevolence, the US government has decided to punish Assange for exposing them, thus also deterring others from emulating him.

This frontal attack on Assange by Washington D.C. confirms the particularly unaccountable and deleterious character of the US federal government. European States are far from innocent but behave better in our time because they are more internally and externally circumscribed. Despite this, or because of it, Britain – and Europe – is incapable or unwilling to stand up to the United States, even if it means sacrificing its most fundamental principles as it does its bidding. As John Pilger wrote, “the land that gave us Magna Carta, Great Britain, is distinguished by the abandonment of its own sovereignty in allowing a malign foreign power to manipulate justice”.

The US, in collaboration with the UK and the mostly complicit mainstream media, sees Assange as an enemy that needs to be neutralized, even if that means openly going against the fundamental principles of rule of law that this State has publicly pretended to abide by for so long. The most important of these principles is, of course, freedom of speech and of the press, supposedly protected by the First Amendment to the US Constitution. Yet the fact that the US and UK are now flouting Assange’s basic rights in plain daylight is a real risk to their reputation and thus also a sign of desperation.

Though the US government has not won this battle yet, Assange’s future looks quite bleak, despite the support he is getting from many well-known institutions.[1] But in the long term, his very public case may likely help the cause of political freedom in the West. His fate at the hands of the State for publishing truthful information about its illegal and immoral behavior may finally make more people recognize that many of the State’s activities, concealed or not, are fundamentally antagonistic to their interests. Though the general population cannot be expected to defend political freedom like Julian Assange, his case might help wake them up from their political slumber. For, as George Santayana wrote:

“Unless all those concerned keep a vigilant eye on the course of public business and frequently pronounce on its conduct, they will before long awake to the fact that they have been ignored and enslaved.” [2]

The trial of Julian Assange will have consequences that are far larger than the man himself. Whatever will be Assange’s future, he is already one more martyr in the historic struggle for political freedom from which everyone can take inspiration.

He wont last through the first year in the states. If our government lets this happen it will be a tragedy of epic proportions. 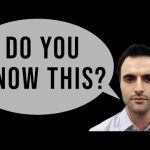 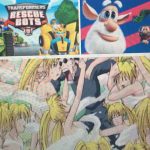