Update (1615ET): McAfee’s lawyer has confirmed to ABC News that his client was found dead in a Spanish jail cell on Wednesday. The 75-year-old entrepreneur was arrested on tax evasion charges for failing to file tax returns for four years. He has been in jail in Spain since Oct.

It’s more than obvious that he was suicided. The fact that it happened in a Spanish prison (as opposed to a UK prison, for example) reveals the frightening truth that the Evil Empire still functions as such, and no one the Empire fears is safe anywhere in the Western world. McAfee knew that they were out to get him. Why didn’t he seek asylum in Russia?

Don’t believe it for a minute. To what purpose? The man obviously had serious issues with paranoia. Perfectly reasonable that he would commit suicide rather than be returned to be under the control of the sum of all his fears. This tattoo business, again perfectly consistent with his mental state, to get a last dig in.

Making multi millions, purposely refusing to pay taxes? The man was on a life long suicide mission. You do no service to legitimate claims in other cases by bringing this one into the fray. Capisce?

Some like to see a govt conspiracy behind every bush, then wonder why the MSM cites all dissenting views as conspiracies. Sometimes I wonder who is behind this govt. conspiracy on steroids business if not the govt. itself to discredit any and all dissent from the ground up.

Quite right. Whenever you have an open forum like this one that seriously questions the party line, conspiracy buffs are drawn to it like bears to honey. The discombobulated poster Dwight Clark is just the extreme end to an entire cadre of the so inclined in all shades of gray. Unfortunately, the more analytically driven of us have to tolerate their knee-jerk ‘aha – another conspiracy’ and all the watering down of legitimate criticism it brings with it but such is life. They certainly do well-founded dissent no favors and frankly leave a huge opening for the hasbarats of the… Read more »

Taxation = theft The banksters never pay any taxes, only little people do.

Hmmm
Reply to  Helga I. Fellay

Yeah, just what Russia needs, a lunatic fugitive under its protective wing.

Exactly what secrets do you think McAfee took to his grave, to be so deserving of being suicided?

A down vote does not an explanation make.

Yes, he was his own worst enemy. It’s almost as if he was possessed to drive the world towards what was inevitably going to happen. He was a genius intelligent enough to know what he was doing and what the final consequences would be, but unable to rise above his psychoses and his own obsessive-compulsive ego. Everything about his behavior makes me suspect that his psychosis was probably also fueled by extreme substance abuse. What a tragic waste of a great brain, when brains have become a scarcity the world has never seen before.

Sounds like the ravings found on a certain laptop from hell, minus 50 IQ points.

call me an idiot but who’s SR?

The Mafia didnt disappear in the sixties, it merged with the Deep State. Alex is not wrong in his suggestion we are watching a bad Mobster movie. It was predicted long ago when an Empire dies, it goes roque.

John McAfee, wasn’t your average 75yo,a youthful guy ,with probably a genius level IQ,kinda lived life on the edge,was Never gonna ,we’ll be taken alive, because that’s how power works, it’s a fear that the powers that be, won’t hear you out and the ,”court is rigged”… In-between John McAfee’s rock n roll life style,he was civil liberties activist,he believed the government shouldn’t be spying on you, practically knowing your bathroom breaks,he used his knowledge to arm people with information on how to protect their devices,he was very much a libertarian..This isn’t the first time the state apparatchiks have been… Read more »

I don’t believe the conspiracy theory that John McAfee was murdered, he killed himself.
McAfee was a tax dodger with mental health issues.

You have very limited ridged thinking..

Our British government under Boris Johnson is complicit in licking America’s backside. And may I say he is aided by our fake opposition Labour party under Sir Keir backstabber or otherwise know as Sir Keir knee bender. Not one of these gutless politicians will put their heads above the parapet to support one of the most honest journalists who is in HMP Belmarsh for exposing American war crimes.

this was a true cyberpunk martyrdom. thank you McAfee! the pattern of suicide is well documented. after despair, the person shows calm. he appears to come to terms with life. so it is a shock to observers that after working through depression, one day he speaks positively and the next he kills himself. but what happened was he came to terms with life *and* with death. I do not see the benefit of killing McAfee. it’s not like he had personal knowledge of everything like Epstein or scandalous information like Epstein. what he had was terabytes of records of corruption… Read more »

Didn’t realize he was that old. We was a pain in the butt for many governments. There was probably a lottery for who was going to cap him. 🙂

You did a superlative job, Alex, covering the death of legendary John McAfee. You too are a tremendous asset to all of us who admire you, even love you, we who desperately need truth-tellers in this phony world riddled with lies 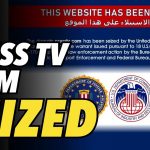 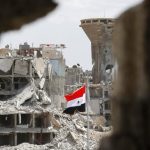