Syria is currently a powder keg ready to explode.  The calm days of status-quo are apparently over, and fresh attacks are springing up in many locations.  After 10 years of war, and a shattered economy, the Syrian people were hoping to get back to rebuilding their broken lives and homes. Experts are warning of new battlefields opening up which may bring stability and the end of occupation, or could dissolve into a greater international quagmire.

The US and Turkey illegally occupy areas in Syria with no plans to withdraw. Israel conducts frequent unprovoked airstrikes all over Syria with impunity. Russia is fighting Al Qaeda terrorists, and assisting the Syrian Arab Army to establish safe areas for civilians to return home to. While the west continues to support Radical Islamic terrorists in Idlib, who hold about 2 million persons under an oppressive regime.  Syria is the only secular country in the Middle East and its people have fought 10 years to remain so.

On July 17, President Assad took his new oath of office, and laid out his plan for recovery, including Syria going solar to solve the national electricity shortage.  He also statds his government’s intention to take back Idlib province, which is the last terrorist controlled area.

On March 5, 2020 Russia and Turkey signed a deal concerning Idlib.  The agreement reached proposed to free the M4 Highway from terrorist control and have a joint military patrols.  However, Turkish President Erdogan did not enforce his part of the deal, and the terrorists are still in control of the M4 highway which connects Latakia to Aleppo.

The US occupation of Syria

The US invaded Syria and stated their mission was to defeat ISIS. They completed their mission but refuse to leave Syria, and Iraq.  The US troops in Syria guard the largest Syrian oil field, Al Omar, to prevent the oil revenues from Damascus, and the rebuilding effort of the Syrian people. The US has also stolen precious wheat from Syria to prevent Damascus from their own crops, and causing them to purchase wheat from abroad.

On July 18 Turkish military occupying Northern Syria attacked North Aleppo.  Experts have questioned whether the attack was a message to Russia and Syria to not begin their attack to free Idlib. The terrorists in control of Idlib are under the support of the Turkish military, and the two attacks were under coordination of Turkey and the terrorists.

Vadim Kulit, deputy chief of the Russian Center for Reconciliation of the Opposing Parties in Syria said that 40 bombardments were reported in the Idlib de-escalation zone on July 18, the shelling came from the positions of HTS.

On July 19 Israel attacked South Aleppo.  Israeli airstrikes have been periodical, but have increased in number recently.  The airstrikes are always un-provoked, and usually have no response.  Occasionally civilians are killed or maimed in the strikes.  Israel attacks internationally with impunity.

On July 20 HTS attacked the mountain village of Slounfa in the Province of Latakia.

HTS first appeared in Syria in January 2012 as the Al-Nusra Front, and many still refer to the extremist group by that name.

Classified as a “terrorist” group by the United States, the European Union and the United Nations, it arrived in Syria as an extension of Al-Qaeda in Iraq.

The group’s current leader, a Syrian who calls himself Abu Mohammad Al-Jolani, is a veteran of fighting against US forces in Iraq.

It has set up a civil administration that collects customs duties at the border with Turkey and imposes taxes on traders.

The group “derives so much of its power from being the authority over how trade flows into and out of Idlib, which helps fund the group and gives it power beyond its size,” said Nicholas Heras, a researcher at the Center for New American Security.

Russian Foreign minister Sergey Lavrov announced in a press conference that Russia does not agree with the United Nations on the different roots of sending aid to North West Syria, he added that Russia will VETO any regulation on the Bab al Hawa border pass with Turkey. Conspicuously, the US keeps asking for more aid corridors into Idlib.  They refer to them as humanitarian aid delivery corridors; however, it is well documented that weapons, drugs, and terrorists have come into Idlib from various aid trucks, including the UN’s own World Food Program trucks.  Given the fact that HTS is making money off the aid delivered, it only makes sense for the Russians and Syrian to reject additional aid corridors.

Previously, HTS had a presence in many of the country’s rebel-held areas, especially near Damascus and in the south. But it has lost that territory as its fighters were evacuated to Idlib in surrender deals.

HTS has consistently been excluded from cease-fires negotiated by the United Nations or Russia.

In July 2014, Nusra’s chief said the group’s goal was to set up an Islamic State, similar to the “caliphate” proclaimed by ISIS shortly beforehand.

On July 22 Syria’s air defenses intercepted an Israeli attack on the al-Qusayr area in Homs.

According to reports from Syrian news outlets, the T-4 airbase, east of Homs, was also targeted in the strike. Israeli jets fired missiles from off the coast north of Beirut according to Lebanese reports at targets in al-Qusayr, a town near Homs.

Western intelligence sources say Israeli raids on Syria are part of a shadow war approved by the United States.

2021 I am now making an extra $19k or more every month from home by doing a very simple and easy job online from home. I have received exactly $20845 last month from this home job. Join now for this job and start making extra cash online by following instructions on the given website.—->>> http://bit.do/Cash09 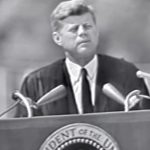