On Mother’s Day in Syria, Sunday, March 21, the terrorists in the western countryside of Aleppo province launched missiles aiming at neighborhoods of Al-Salihin and Al-Firdous in east Aleppo.  The missiles slammed into houses, stores, and parked cars in the residential neighborhoods.  Two were killed, while dozens were injured, including small children.  The dead and injured were received at Aleppo University hospital and Al-Razi Hospital.

The terrorists who launched the missiles perhaps are the very same persons who had once occupied east Aleppo.  When the Syrian Arab Army was poised to enter into east Aleppo in December 2016, many terrorists fled north to Turkey, and some eventually traveled west and re-entered Syria at Idlib province, which is just west of Aleppo province. Some of the terrorists left Turkey on smugglers’ boats and now lived scattered around Europe.

East Aleppo had been highlighted on western media for years, until December 2016 when the Syrian Arab Army liberated the area from Al Qaeda and their allies.  The residents were free at last from the strict Sharia law which the Radical Islamic terrorists had imposed upon the unarmed civilians, who were terrorized into submission.

The terrorists ran prisons, in which they kept men and women, and in some cases children, who refused their orders.  They treated passive civilians as slaves and demanded obedience. In some cases, the oppressed civilians became identified with their oppressors, in what is termed “Stockholm Syndrome”.

When freed in 2016, many left for family members in west Aleppo, or to displacement camps. Some were lucky enough to be able to return home to buildings that were livable still after years of war. In the years since 2016, Aleppo had begun to recover and inch its way back towards the industrial power it once was.  US-EU sanctions prevent the citizens from importing necessary items from abroad to fully rebuild, and the lack of electricity, caused by the US-EU sanctions preventing the importation of fuel, also severely hampered full recovery.

The missiles on Sunday were targeting civilians, as there is no Syrian military presence there. The motive for the deadly attack is not at all clear, as the terrorists were targeting their former enclave and innocent unarmed civilians.

On the very same day, the Russian military bombed targets near the Turkish border in Idlib province, which is to the west of Aleppo.

The Syrian military and their Russian allies were targeting Al Qaeda terrorists and their warehouses of stolen oil.  The US occupation forces were directed by President Trump to steal the oil in eastern Syria, and allow the Kurdish separatists to use the oil as a source of income.  The SDF and YPG allied with the US in the fight against ISIS, and though Trump had declared a victory and wanted to withdraw, the Pentagon prevented him, and he acquiesced by allowing US troops to remain to prevent Syrian citizens from access to their own nation’s energy resources, which kept the Syrian civilians from rebuilding their lives after 10 years of war.

The Kurdish separatists sold the stolen oil to the terrorists in Idlib. In the end, alliances between the US-backed Kurds and Al Qaeda terrorists came down to business deals and war-profiteering.

Western media was flooded with reports of the aerial attack and casualties, but not one report of the terrorist’s attack on civilians in Aleppo.  The biased Western media glorifies the only area in Syria under the occupation of Al Qaeda.  The mainstream western media outlets all report that Idlib is the ‘last rebel stronghold in Syria’.  Al Qaeda is not a ‘rebel’ group. The UN, US, and EU all designate Al Qaeda as an outlawed terrorist group. The UN charter demands all countries fight Al Qaeda where ever they find them.

There are about two million civilians in Idlib who are being held as human shields. Some may be following Radical Islam as a political ideology, and supporters of their captors.  Yet others are just trying to survive under dire circumstances beyond their control.

International charities, including the UN, supply food, medicine, and basic supplies to the people in Idlib, which in turn supplies the terrorists.  Idlib has been a haven for Al Qaeda for years. The constant supply of basic goods and medicines keeps Idlib surviving.  The US and its allies do not want Idlib to be liberated from terrorist control. If that happened, the Syrian conflict would be over, and Damascus would have won.  The US foreign policy on Syria dictates that there cannot be any military solution.  Idlib, and its human contents, are being used as a bargaining chip in the political solution of Idlib, which has never begun.

The terrorists in Idlib represent the US and its allies.  When the US Army fought ISIS in Syria they killed thousands of unarmed civilians in Reqaa in the process.  The terrorists were embedded among the civilians. However, when Syria and Russia fight Al Qaeda in Idlib they are accused of war crimes.

The US and its allies have used terrorists to further their political goals in Syria.  The goal was to unseat the President of Syria and install a pro-US puppet.  A similar plan worked for a short time in Egypt before a second revolution by the people brought down the American puppet, Morsi, who was part of the Muslim Brotherhood.  Likewise, the Muslim Brotherhood is outlawed in Syria, and the terrorists in Idlib are aligned with the Muslim Brotherhood government of President Erdogan of Turkey, who supplies Idlib with support and military protection.

Recently, Pope Francis of the Vatican made a plea that both sides in the Syrian conflict should negotiate peace in Syria.  Comments on the Syrian street could be heard questioning who did the Pope think were the two sides?  On the one side is the Syrian government in Damascus, and the other side is armed terrorists holding civilians as human shields. The question is: is it right to negotiate with Al Qaeda?  Western countries refuse to negotiate with terrorists, but the same countries demand Syria to sit down at a table and give concessions to flesh-eating decapitators.

The western media sold their audience on the ‘Free Syrian Army’ as freedom fighters and armed rebels.  US Senator John McCain and President Obama were their biggest supporters. However, they lacked the support of the Syrian people.  Their numbers dwindled and they became useless, then they called out to their brothers-in-arms, Al Qaeda, who responded by sending in thousands of fighters from the four corners of the globe, using Turkey as their transit point.  The CIA funded, armed, and trained them for years until Trump shut Timber Sycamore down in 2017. Though Idlib is not held by the Free Syrian Army, Turkey and Qatar have kept up their support of the terrorists who are aligned with the Muslim Brotherhood.  The US is aligned with the Muslim Brotherhood because it serves a political purpose, whereas Saudi Arabia, the Arab Gulf monarchies, and Egypt stand in opposition to the terrorist group. Senate Republican Ted Cruz called out again in the US Congress to designate the Muslim Brotherhood in the US a terrorist group.  Pro-Obama Democrats, as well as some Republicans, are not in support of the bill Cruz put forth. 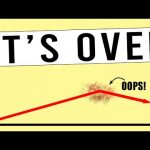 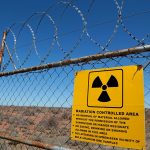