President of Russia Vladimir Putin: Mr Lavrov, we agreed today that the Foreign Ministry would present its views on the responses we received to our proposals sent to our US colleagues in Washington and our NATO colleagues in Brussels regarding security issues in Europe and their response to our concerns, primarily NATO’s endless and, in our view, most dangerous eastward expansion, now aimed at reaching out to former Soviet republics, including Ukraine.

President of Russia Vladimir Putin: Mr Shoigu, I know that today you are ready to report on the exercises underway in various parts of the oceans, including in the Far East, the south and the north, as well as those in the Central Military District and with our friends in Belarus.

MOSCOW, February 15. /TASS/. Russian troops will return to their garrisons upon the completion of drills and units of Russia’s Southern and Western Military Districts have begun loading their equipment for their departure, Russian Defense Ministry Spokesman Major General Igor Konashenkov said in a statement on Tuesday.

LONDON, February 15. /TASS/. Russia will not invade Ukraine, unless the Kiev regime resorts to provocations that would hurt Russian citizens, Russian Permanent Representative to the EU Vladimir Chizhov said in an interview for The Guardian. “We will not invade Ukraine unless we are provoked to do that,” he said.

The discussion focused on topical issues of the bilateral and international agenda, including the provision of long-term and legally binding security guarantees to the Russian Federation and the resolution of the intra-Ukrainian conflict. * * * President of Russia Vladimir Putin: Mr Federal Chancellor, I am delighted to meet and become acquainted with you and to receive you in Moscow. 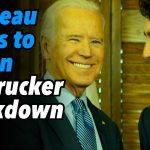