The internet is buzzing with theories after Wikileaks Founder Julian Assange’s mother, Christine Assange, tweeted – and then deleted – what many believe to be a suggestion that murdered DNC staffer Seth Rich “leaked docs proving corruption.”

In response to the question “why did Julian publish damning docs against Hillary at such a crucial time which gave Humpty Dumpty Trump the upper hand?” Christine Assange replied “Its the duty of media to inform citizens about corruption,” adding “a #DNC #Bernie supporter disgruntled with rigging leaked docs proving corruption.”

“What should Wikileaks should have done? Hold on to them till after the election to advantage #Hillary?” she continued, adding “You are shooting the messenger!”

Many have pointed out that Mrs. Assange’s the description fits that of Seth Rich, a Bernie Sanders supporter and DNC IT staffer who was slain on his way home from a local bar on July 10, 2016, five days after a forensics analysisindicated that the DNC emails were copied locally – which was the same day Romanian hacker “Guccifer 2.0” claims to have hacked the DNC, per the Washington Post.

12 days after Rich’s murder, on July 22, 2016, WikiLeaks released thousands of emails stolen from the Democratic National Committee revealing that Bernie Sanders’ campaign was undermined when the DNC and the Clinton campaign colluded to share questions before a debate.

Of note, cybersecurity firm Crowdstrike reported on June 14, 2016 that Russia had infiltrated the DNC, after the DNC reported a suspected breach in April of that year. The DNC has received criticism for not allowing the FBI to analyze their servers for hacking, relying only on the Crowdstrike analysis performed by anti-Putin Russian expat Dmitri Alperovitch – a senior fellow on the very anti-Russia Atlantic Council.

Christine Assange’s supposed admission caused many on Twitter to note that her son, Julian Assange, “heavily implied” that Rich was a Wikileaks source in an August, 2016 interview on Dutch television when he brought up Assange in the context of WikiLeaks whistleblowers, and then nodded his head when asked directly if Rich was a source.

She then cited former UK Ambassador Craig Murray and the group Veteran Intelligence Professionals For Sanity, who all say the Russians did not hack the DNC.

Deleted my tweet re @Wikileaks #DNCleak being an insider

As many are wrongfully asserting: "Julians mother confirms its #SethRich"

It was NOT the Russians!
It was a leak NOT hack! #DNCLeak#Wikileaks #Journalism#DNC#auspolhttps://t.co/9mrSQkwMez

Meanwhile, Twitter users have been left scratching their heads at the entire thing:

@AssangeMrs Hi Mrs.Assange, I'm sure you're busy so i won't take much of your time. Yesterday i was Browsing twitter and Saw an Article, the Heading read Julian Assanges Mom Say's Seth Rich Was DNC Hacker. I Cannot find the article today but was wondering if it as Fake News? ????

According to Matt Couch, Donna Brazile was at the hospital within minutes of Seth Rich's body. She certainly got there quickly. How did she know? Law Enforcement usually brings the family first. pic.twitter.com/ANH4kc1o4L

Why isn’t anyone talking about Assange’s.mother saying Seth Rich was the one that leaked …

Worst kept secret in the world! The mother of Julian Assange claims murdered #DNC staffer Seth Rich was the person behind the leaked DNC emails, not Russia.
Who killed #SethRich

Mrs. Christine Assange is on the list “Ban this…”

Is there any doubt that Steven Rich was a Killary job ? 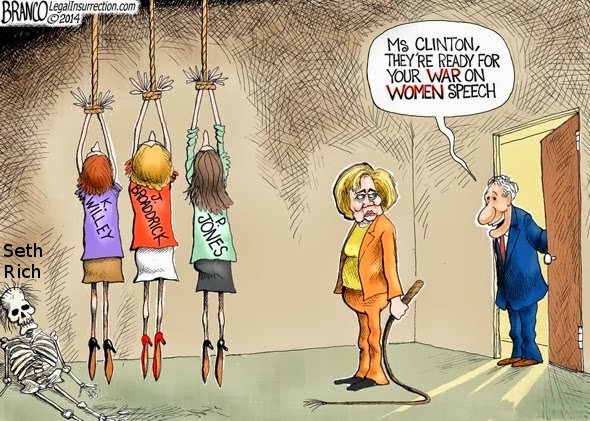 Julian Assange needs to come clean on who the leaker was. This outweighs any other consideration. Hopefully he will do so before the Senate Intelligence Committee, which has asked him to testify what he knows about the 2016 elections. It’s ridiculous that we have to be left with this sort of speculation absent any real proof. Sy Hersh is dissembling about his audio tape, for reasons I understand, but which are causing even greater confusion. Assange is the only one who can clear this up and he needs to do it NOW.