Imran Khan gets a good press in the West. For the superficial he has it all. Tall, spare, with handsome chiselled cheekbones, Oxford educated and formerly married to a Jewess. He is not what you expect to see in an Islamist oppressor.

The Prime Minister of Pakistan is the scion of an affluent landowning Pathan family. He is from the Khyber Pukhtunkhwala. This north-western province of Pakistan has more than its fair share of wild men. His family is one of the few rich families there that did not engage in the heroin trade. The Khan family was relatively liberal in a region notorious for its antediluvian attitudes.

The future PM was schooled at Aitchison College, Lahore. This is one of Pakistan’s foremost schools. Thence he went to a school in the United Kingdom. Finally, he studied at Keble College, Oxford. He was an outstanding cricketer. By the 1970s he was playing for Pakistan. In 70s London he was one of very few rich South Asians. He came to be pally with Salman Rushdie. There were precious few Asians who had been to Oxbridge then. Khan also acquired a reputation as something of a boulevardier. He had a string of girlfriends: all white nominal Christians. Though he was the most eligible bachelor in Pakistani he was unable to date Pakistani women. In Pakistan you did not date: you married. It was often marrying without ever having met the person before.

Imran rose to be captain of the Pakistani cricket team. For those of you unfamiliar with the subcontinent it is hard to realise just how passionate Pakistanis are about the sport. It is one of the only things that Pakistan does well at.

By the 90s IK had left sport. He was a jet setter and a friend of Princess Diana. That ought to be enough to put you off. He founded a hospital in honour of his late mother.
In 1996 Imran set up his own political party: Tehrek i Insaff (the Movement for Justice). Imran railed against defalcation by officials and established politicians. He promised to end the grinding poverty of the majority of Pakistanis. Being quondam captain of the national XI should have conferred an unparalleled advantage on him. He had been a household name for 20 years before he entered the political forum. Though he was adulated by the masses his party failed to win a single seat in the National Assembly.

After such an ignominious defeat most people would have thrown in the towel. But not IK. I have got to hand it to him for persistence. He soldiered on. In the end his endeavour was crowned with victory. His party became the largest and he was made Prime Minister.

IK was married to Jemima Goldsmith for several years. La Goldsmith was of Hebrew stock but raised a Christian. The happy couple were blessed with a brace of sons. They were raised in Islam.

Much of what people outside Pakistan know about IK is derived from gushing coverage by journalists about his cosmopolitanism and his charitable work. People abroad ought to know more about IK’s actual views.

IK says that those who offend Islam or Muslims who convert to another faith must be killed. This is no idle threat. The death penalty of blasphemy is on the statute book in Pakistan. The legal system is sclerotic and exceedingly corrupt. As it can take years for a case to be decided the accused in cases of blasphemy or apostasy is often killed by ordinary people and not by the state. Police officers and judges will arrest people and pronounce them guilty of blaspheming or rejecting Islam even if the evidential case is flimsy and contradictory. Hearsay evidence is held to be probative. Those who have a blatant reason to perjure themselves in testimony do not have their testimony disregarded. No judge or police officer dare run the risk of being accused of lack of vigilance on this score.

Some gallant Muslim politicians said that the death penalty should no longer be imposed for insulting Islam or turning to another religion. Both these valiant statesmen were murdered for being vindicators of free expression and freedom of conscience. Note that neither of them went so far as to say that insulting Islam or converting away from it should be decriminalised.

The Islamic Republic of Pakistan stands in material breach of its obligations as per the Universal Declaration of Human Rights. Pakistan ratified this human rights instrument decades ago but is inflagrante delicto with regard to human rights.

Inter-Services Intelligence (ISI) is Pakistan’s secret service. It covers the homeland as well as abroad. The ISI and the Taliban are joined at the hip. Imran Khan is only in office since the deep state has given him its imprimatur. He has vociferated for the Taliban. When the Taliban take over Afghanistan then the ISI believes its sway over that country shall be restored.

The Hudood Ordinance also operate in Pakistan. Extra-marital sex is a felony. A woman who reports a rape but cannot have her claim proven in court is therefore found guilty of fornication or even adultery. The man is seldom if ever charged with these offences. Sharia law makes a rape charge virtually impossible to prove. A rape charge is only proven upon the confession of the accused or if the crime was witnessed by four men of unimpeachable integrity. A female’s testimony is valueless. Therefore, rapists have almost total impunity.

Honour killings are rife in Pakistan. In the traditionally minded parts of Pakistan purdah is observed. A woman is considered respectable if she never shows her face in public. In the most reactionary regions of Pakistan woman who refuses to marry the man her family picks for her then she faces death. If even an unmarried woman is a little flirtatious, if she is a brazen hussy enough to show her face, she risks murder by her own family. Men almost always get off scot free for murdering their womenfolk. Why is IK not insisting on the vigorous prosecution of these murders?

IK has upheld these laws. He must be weighed in the balance and judged. Where is the woke brigade on all this? He was a friend of Princess Diana. Why is Prince Harry not castigating IK? After all Harry has jumped abroad the Me Too bandwagon.

In fairness to Imran Khan; he is by no means the most extreme Islamist in Pakistani politics. 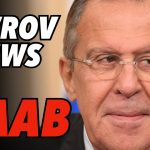 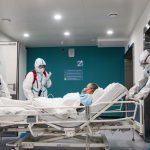