Jimmy and not a few other people. Although she turned twenty at the beginning of this month, Greta Thunberg is still very much a child. Her rise to fame has been thoroughly documented, as have her demands. But are they really her demands? Greta’s appearances have been carefully stage managed by her parents and those who seek to use her to push cranky but dangerous ideas which are curiously very much in line with those of the World Economic Forum at which she appeared recently.

Greta speaks fluent English, but so does most of the rest of the world! In December 2018, the then 15 year old sat down with progressive Amy Goodman of Democracy Now. Goodman it will be recalled is the woman who never met a murderer she didn’t like, so it was quite a contrast to see her interview a cute pixie in pigtails.

The following year when Greta was asked a simple question by a slightly skeptical journalist, she fumbled and passed it on to someone else on the same panel. The Indian channel WION called her out, while Vladimir Putin was only one of the world leaders who said it was shameful for a child to be exploited like this.

Perhaps surprisingly, other journalists are beginning to wake up, and not only those from independent media. Here is Jimmy Dore commenting on Greta’s appearance at the WEF and her giggling at serious questions thrown at her by the press pack; as usual Jimmy is right on the money.

The best thing Greta can do is find herself a wealthy suitor and become a trophy wife. There can surely be no shortage of those. If she continues down her current path, her future is sure to end in humiliation when she realises that rather than us old folk stealing her dreams she has thrown them away herself.

So What! If Jimmy Dore exposed a Down syndrome Swedish Girl.

Pity the imbecile did not also expose the Moderna Vaccine, before he decided to poison his own blood, in a crass act of virtue signalling.

Greta is being listened to because she ostensibly speaks for the children who don’t have a policy ‘voice’ or any power to change the direction of civilization in ways she thinks are critical for their survival (as well as everyone else’s). That message may warrant criticism in terms of specific proposals, but not in its foundation which is sound as determined by most of the world’s climate scientists. Her publicity in appealing to the WEF is part of a larger effort to move the “movers and shakers” toward implementing concrete plans that will effectively promote sustainability, is useful even though… Read more »

Greta Thunberg is a mentally ill little woman, cursed with borderline Down syndrome looks. But it was the High Priests of Science “the world’s climate scientists” that put the inception inside the already troubled mind of Greta Thunberg, that the Earth was in in danger of crossing a tipping point, because of CO2, which is ostensibly causing Global Warming/Global Cooling/Climate Change, according to the prophets of doom. If you want to “debate the message honestly.”, then tell me how Carbon dioxide, which only makes up a tiny percentage of all the greenhouse gasses, (water vapour (Clouds) makes up 95% of… Read more »

Hahaha Funny you think she believes this stuff. You can see on her face she knows what she is doing. For me the most important part was when they asked her about OPEC. I never thought about it this way she NEVER CRITICISED OPEC, RUSSIA etc.. only in the West. WHY?!?!?!?!?!? She is a puppet of WEF so why do they want to destroy only Western energy. Unless they don’t know science and truly believe in renewables which I doubt. 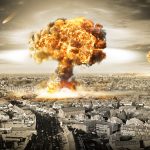 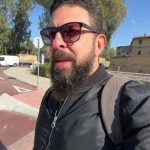