Homeless man sleeps in Colorado. The rate of homelessness has jumped 8% since pot was legalized here.

On September 14th, The Hill bannered “GOP sees pressure on Pelosi as key to pandemic relief deal” and opened:

Senate Republicans see putting pressure on Speaker Nancy Pelosi (D-Calif.) as the key to getting a deal on a coronavirus relief bill before the elections and are counting on vulnerable House Democrats to move the Speaker off her demand for a package costing more than $2 trillion.

GOP lawmakers say last week’s procedural vote to advance a $500 billion to $700 billion relief plan — which all but one Republican senator supported and all Democrats opposed — was designed to give political cover to their vulnerable incumbents and put House Democrats on the defensive.

A Republican senator familiar with party strategy said the focus of last week’s vote was Pelosi, much more than Senate Minority Leader Charles Schumer (D-N.Y.), who doesn’t have to worry much about protecting vulnerable colleagues.

“The question is does this force Pelosi to listen to her 20 members in districts where the Chamber of Commerce has endorsed the Democrat,” said the lawmaker.

Here are two informative sites regarding the U.S. Chamber of Commerce (COC):

Wikipedia makes clear that the COC is a far-right organization but says nothing about the COC’s funding — whom it actually represents. And, Wikipedia says that:

The United States Chamber of Commerce (USCC) is a business-oriented American lobbying group.

Politically, the Chamber usually supports Republican political candidates, though it has occasionally supported conservative Democrats.[2][3] The Chamber is the largest lobbying group in the U.S., spending more money than any other lobbying organization on a yearly basis.[4][5]

IssueOne, which does study the COC’s funding, says:

The U.S. Chamber of Commerce is one of the top 15 dark money groups examined by Issue One’s new “Dark Money Illuminated” report that has been spending millions of dollars in our elections since Citizens United without publicly disclosing their donors. Dark money groups frequently operate as attack dogs during campaigns, criticizing candidates from the shadows. Dark money groups also often push the envelope in terms of how much political spending they can engage in without running afoul of rules that prohibit them from existing primarily to influence elections. By masquerading as a trade association or “social welfare” nonprofit, dark money groups avoid the mandatory donor disclosure rules that would come with registering as a political committee whose primary purpose is to influence elections.

IssueOne was able to identify only 7% of the COC’s funding, but included in that group were:

The U.S. Chamber of Commerce represents the owners of America’s mega-corporations.

So: America’s billionaires are working on Pelosi to get House Democrats to ‘compromise’ down to “a $500 billion to $700 billion relief plan,” from Democrats’ existing $2.2 trillion proposal. Of course, as is reported here,

Interestingly, the median household income in the United States is $49,777 — right near the point where the Democratic advantage disappears and the Republicans take over.

Obviously, congressional Republicans don’t want to ‘waste’ taxpayers’ money on the poor. (Those people vote instead for Republicans’ Democratic opponents.) From their perspective, spending for war is fine, but spending for the poor is ‘waste’. (It’s actually even worse than waste, to them: it is spending for their political enemies.) The difference between the Republicans’ “$500 billion to $700 billion relief plan” versus the Democrats’ $2.2 trillion one, is the $1.5 trillion that would be going to the poor, which in the current economy means the segment of the U.S. population which, studies show, are around three times likelier than the average American to become infected with Covid-19 and to lose their jobs and to have weak or bad health insurance. In other words: Republicans and the COC want the part of the spending that’s for the needy to be eliminated; it is (to them) ‘waste’.

Ever since this coronavirus hit the world at the start of the year, the S&P 500 stock market average has gone from $3,278.20 on 1 January 2020, to $3,526.65 on 1 September 2020 — up 7.6% over nine months, for a 10% annual rate of increase thus far. Meanwhile, small businesses are struggling, and even a few of the major retail chains are going bankrupt, and these things cause unemployment-rates to have risen, but the COC wants it — and will probably get its way — to continue ravaging the poor. Maybe it’s ‘God’s justice’, as they see it. Anyway, it’s Republicans’ policy; and, so, unless congressional Democrats will sweeten their proposal for the rich, the poor will be cut off altogether. And Democrats will then cave and just throw a few scraps to the poor (so as to bring them to the polls), because the Democratic Party’s billionaires don’t care about the poor any more than Republican billionaires do. Consequently, congressional Dems will probably support huge give-aways to the super-rich, and there will be a deal, but only if the super-rich are the biggest beneficiaries of it. That end-result (caving to the Republicans) would be worse than if House Democrats simply said “No!” and blamed the Republicans for being nothing more than corrupt agents for the Republican Party’s billionaire backers. Democratic Party politicians are likelier to cave because they don’t want to offend their own billionaire backers. This is a bi-partisan billionaire-controlled Government. It is not a democracy.

By masquerading as a trade association or “social welfare” nonprofit, dark money groups avoid the mandatory donor disclosure rules that would come with registering as a political committee whose primary purpose is to influence elections. — I know this. You know this. Every RedPilled awakened Alt-News reader knows this. So how come the ignorant Amerikan sheep can’t see this obvious bribing of their political “leaders”? I tell ya, living in a world where uninformed sheep are the majority at the ballot box is very very dangerous. Screw democracy for now! Gimme a benevolent dictator who doesn’t fcuk around nor puts… Read more » 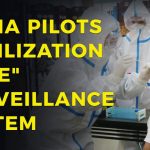 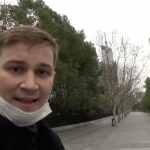