A 2019 budget plan cooked up by House Republicans aims at cutting all federal spending that isn’t defense related in an effort to reign in the debt problem. It includes massive cuts to medicare, medicaid, Social Security, education grants, welfare, and other programs aimed and softening the blow of America’s growing poverty rate. Meanwhile, this comes about while Trump is cutting taxes on the rich, introducing a ‘Space Force’, and providing massive increases to military spending.

On Medicare, the budget would move towards a system of private health insurance plans competing with one other, rather than the current open-ended, government-provided Medicare system.

On Medicaid, the budget would impose new caps that could lead to cuts in payments over time.

The budget also sets up a fast-track process known as reconciliation that could allow ObamaCare repeal to pass without Democratic votes in the Senate.

But that is a long way off at this point.

The Senate would have to adopt a budget as well to unlock the process, and GOP leaders have indicated they have moved on from ObamaCare repeal for now.

The budget also proposes $2.6 trillion in reductions to other mandatory spending programs, including welfare and other anti-poverty programs.

“Despite an extraordinary past and a booming economy thanks to tax reform, there are real fiscal challenges casting a shadow of doubt on the nation’s future, including $21 trillion of debt that is rapidly on the rise. We must overcome the challenges,” said House Budget Committee Chairman Steve Womack (R-Ark.).

The budget, which will be marked up on Wednesday and Thursday, is largely a GOP messaging document. Congress is legally required to approve a budget plan by April, which then kicks off a process of appropriating 12 spending bills.

A separate spending deal reached in February largely governs the next year’s budget, and until this week it was unclear whether the House Budget Committee would even bother with a budget plan. There is still no word from the Senate Budget Committee on whether it will present its own document.

The plan sticks to the 2019 discretionary spending levels agreed in the budget deal, but then charts an aggressive course to balance over the course of a decade.

Non-defense discretionary spending, which covers most of the federal government’s activities, would drop from the $597 billion to $555 billion by 2028. Meanwhile, defense spending would climb from $647 billion this year to $736 billion in 2028.

Democrats lambasted the plan for unrealistic assumptions, including the repeal of the Affordable Care Act, a goal the GOP has thus far failed to achieve despite numerous efforts.

“The 2019 Republican budget scraps any sense of responsibility to the American people and any obligation to being honest. Its repeal of the Affordable Care Act and extreme cuts to health care, retirement security, anti-poverty programs, education, infrastructure, and other critical investments are real and will inflict serious harm on American families,” said Rep. John Yarmuth (D-Ky.), the ranking member on the House Budget committee.

He also pointed to the GOP tax law, which the Congressional Budget Office projected could cost as much as $1.9 trillion over a decade, as a driver of deficits.

To achieve balance, the budget plan assumes that the economy will consistently grow at 2.6 percent a year over the next decade, far higher than the CBO estimate of 1.8 percent a year, but lower than the administration’s rosy 3 percent outlook.

Budget watchers say that the plan is not realistic.

“While the budget resolution calls for $8.1 trillion of deficit reduction relative to CBO’s baseline, most of these savings come from rosy economic assumptions or unreconciled and often unrealistic spending cuts,” said Maya MacGuineas, president of the Committee for a Responsible Federal Budget

“The budget also fails to account for the costs of extending the recent tax cuts or replacing the Affordable Care Act, despite continued efforts to enact these policies,” she added.

A separate call for $302 billion in savings through the reconciliation process, which requires authorizing committees in Congress to reduce deficits, “would represent a step in the right direction,” she continued.

On first glance, it looks like the plan proposed to pull four and a half trillion dollars out of the economy over the next decade. While defense companies could expect to get some positive reaction in the markets if this bill comes to light, many other areas would take a hit. That’s a lot less capital flowing around in the economic ecosystem, meaning that whatever growth they’re anticipating is going to be a lot different in the real world when it hits. As unrealistic as this cockamamy plan appears, the government has got to find the money to fund this massive military budget somehow, and they’ve already decided that taxing it out of the rich is not going to be the way to go about it. So, they plan to take it from rank and file Americans.

Well, I’ll tell you who stands to gain much wealth from all these programs, “Law enforcement, prisons, cemeteries, crematoriums, and funeral parlors, these are the people whom will fill their pockets endlessly “MR. TRUMP” you idiot !!!!!!!

And how much money will they be cutting for Israel? Zero.

Great news!! This will see social strife come even faster than I hoped! The US is already over the cliff and in freefall, prepare for a rough landing. Its time to stoke up on canned foodstuff, water and ammo

The huge military boondoggle spending definitely must rob funds from other programs. 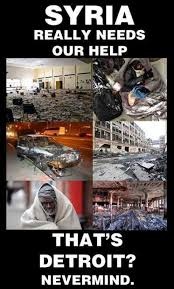 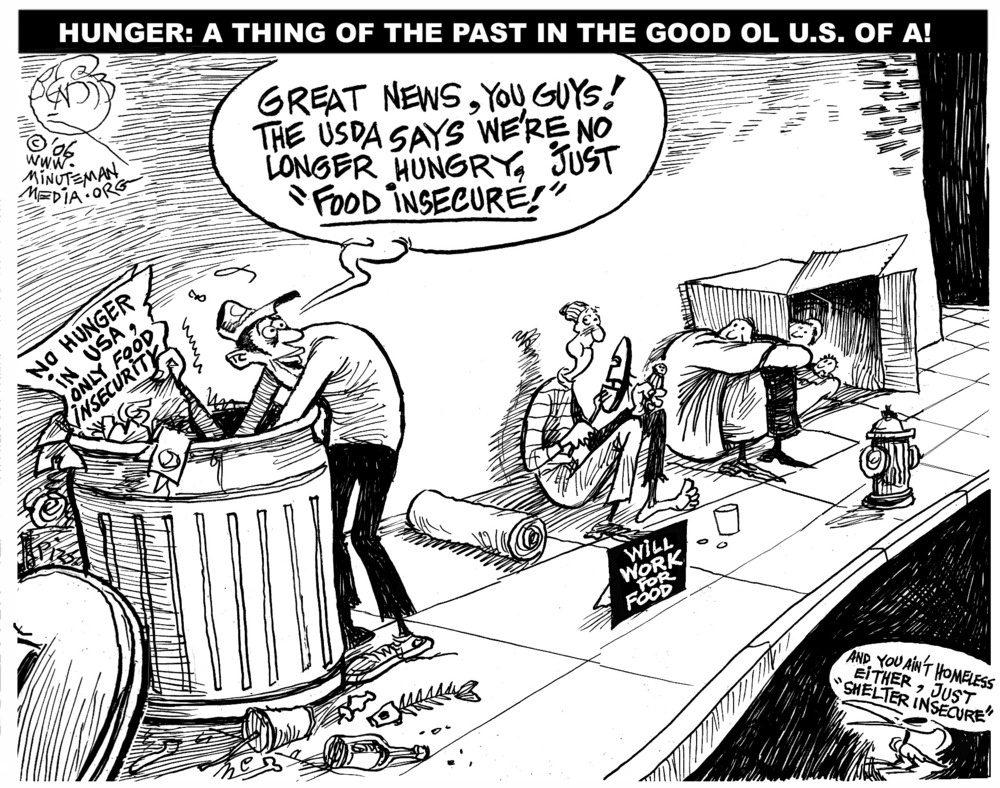 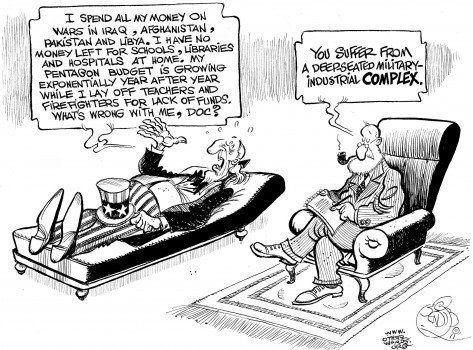 The empire cares little for the the most vulnerable in society but hey the MIC war machine gets never ending budget increases. The trillions spent on wars since 9/11 could have raised the standard of living for millions of the poorest citizens not to mention paid for crumbling infrastructure projects but we all know theres no profit in peace.

Empire ought to be put on suicide watch.

$21 trillion, disappears from the Pentagon.

US infrastructure, is on it’s last legs, but, has no lobbyists, to sweet talk the easy to coerce or blackmail politicians.

The US tax payer, must be so thrilled, owing to the lunatics and their priorities in Washington DC.