In June 2020 the new ‘security’ law was passed in Hong Kong. The law is designed to suffocate free speech and subject the Hong Kongers to the same totalitarian oppression as exists in mainland China. The law flies in the face of many international human rights instruments that China has signed. This piece of legislation is also a grave breach of the treaty that the People’s Republic of China (PRC) signed with the United Kingdom. The UK agreed to hand back all of Hong Kong – including the island that was ceded in perpetuity – in return for guarantees for the people of Hong that were to last for 50 years after the handover.

Therefore, what happened in HK was Britain’s business after 1997. After the year 2047 it no longer would have been.

We should always care about the wellbeing of people in every land. Tyrants always hide behind ‘national sovereignty.’ But we ought to speak out against oppression and cruelty wherever it occurs. Oppressors mewl ‘it is none of your business’ when they know their conduct is indefensible.

Why should we care about people in other lands? ‘Ask not for whom the bell tolls, it tolls for thee.’ Because oppression can spread. Yes, I am my brother’s keeper. No man is an island entire of himself. We are involved in mankind.

From 1997 until 2020 Hong Kong was the one place in the PRC where freedom reigned. That freedom was gradually eroded. In Hong Kong there were free and fair elections; the judiciary was independent; the death penalty had long since been abolished; the state did not torture and people were free to speak their minds. Hong Kong was a beacon to the rest of the PRC. The Communist Party would have us believe that liberty necessarily leads to mayhem and impoverishment. Hong Kong was a standing rebuke to this. Hong Kong was the only region of China with freedom and it is also by far the most prosperous.

The Special Administrative Region of Hong Kong was a dangerous example – so the Communist Party thought. Mainlanders might see that freedom is no bad thing and is in fact desirable. There was a danger that people in the rest of the PRC might want the same rights as had been conferred by the British colonial administration in HK. This simply could not be allowed to happen.

In the PRC ‘challenging state power’ is a crime. This is a legal catch-all. Anyone who criticises the state even when totally justified in doing so is criminalised. The massive scale human rights abuses perpetrated every day by the communist regime cannot be discussed. To speak out against brutality and injustice is regarded as a heinous crime. The oppressors brook no dissent. They mercilessly quash any attempt to protest against sadism.

HK was a thorn in the side of the on party state. Little by little is liberties were taken away. People elected to the Legislative Council had to take a loyalty oath to the PRC. This is reasonable. Almost every country in the world has this.

Northern Ireland is almost unique in not requiring people in the legislature to swear and oath to the sovereign state – the United Kingdom – or indeed the local state (Northern Ireland). It shows how incredibly broad minded, liberal and tolerant the UK is.

Some HK politicians uttered the words of the oath in a sarcastic and contemptuous tone. They disdainfully and purposively accentuated ‘China’ wrong. In time the rules were changed and anyone deemed not to have said the words in a sincere manner was disbarred.

For years Beijing had been trying to bring HK to heel. The brave umbrella protestors managed to prevent it.

The communist hired thugs to beat up pro-democracy campaigners. Some human rights activists were abducted in HK and brought to the mainland for trial. For simply telling the truth a person can be awarded reclusio perpetua.

The communist government brought in ‘patriotic education.’ As Dr Johnson said ‘patriotism is the last refuge of the scoundrel.’ This villainous regime misused the word ‘patriotic’ to mean ‘chauvinistic.’ China can glory in its manifold accomplishments. I give them that. Cathay was much more civilisised than most countries – particularly European ones – for centuries. The Chinese have many inventions to their credit. Their nation was highly sophisticated when the Occident languished in the dark ages. I salute their ingenuity and their prowess. Even today the country’s turbocharged economic growth is astounding.

However, there are dark chapters to China’s history. The state has consistently abused its citizens. This is true in most countries. But a free country would not hide such wickedness from the textbooks. Even now the economic growth figures are likely exaggerated. Beijing tells outright lies all the time. These whopper lies include denying its racist policies against the Uyghurs. Over a million of people are locked up without trial or charge. For years and years the regime lied and lied about this before finally acknowledging that it has detained over a million people for the crime of being born Uyghur.

The Falun Gong religious group has been viciously persecuted. You can see Falun Gong practitioners performing exercises in many Western cities. They are unthreatening.

Mao Zedong brought calamity on China well within recent memory. But ‘patriotic’ education would not let you know that. He is on a pedestal. The Great Leap Forward was in fact an enormous leap backwards. Millions upon millions of Chinese people were starved to death by him. At least hundreds of thousands were executed for crimes such as owing too much land. Often Mao had been peopled in especially gruesome ways. As Hong Kong shone under beneficent British rule the mainland was a morass of misery and starvation. Colonialism can be splendid.

‘Patriotic’ education is in fact miseducation. Pupils are forcefed fallacies and myths. Critical thinking is strongly discouraged. Conformism and blind loyalty to the regime are inculcated as virtues.

President Xi wants to be exalted on the same level as Mao.  Xi is now to be president for life. This ought to trouble anyone.

As Rahm Emanuel said never let a crisis go to waste. A crisis is also a golden opportunity. Authoritarians always exploit on. The PRC is no exception. The communist dictatorship saw the chance to impose the security law when demonstrations were banned on health grounds. Because the epidemiological situation no one in his right mind would gather in a dense crowd anyway.

The PRC was able to railroad through the security law. Now anyone who says anything disobliging to the tyrants can be sent to the mainland. Judges there are selected specifically for their political bias. In China, to paraphrase Lord Hewart, injustice is done and injustice is manifestly and indubitably seen to be done.

The so-called security law is really about the insecurity of Hong Kongers. The people of Hong Kong are to be made vulnerable to arbitrary arrest, kangaroo courts and very long sentences for making statements of fact or indeed for opining.

A Hong Konger told me that the mainlanders did not really trust them. They still regard Hong Kongers as semi-British.

Because Beijing reneged on the treaty the United Kingdom has said HK people who are British Nationals Overseas (BNO) can come to live in the UK with a view to obtaining full British citizenship. BNOs plus their dependents make about 3 000 000 people. That is almost half the population of HK.

Boris Johnson’s audacious gambit might be morally praiseworthy. But it makes a mockery of a policy he previously advocated. That was keeping immigration down to a net figure of 100 000 per annum. How about 3 000 000 per annum?

Not all the three million will want to come. But if even half do it is an enormous number.

There is an idea abroad that all Hong Kongers speak flawless English. This is not so. Some speak perfect English. Others speak it well, others speak it intermediately and others poorly. Some speak none at all. The HKers you meet abroad tend to be highly educated, motivated and affluent. They are atypical of Hong Kong people. Someone has to do the menial jobs. It is not just recent arrivals from the mainland who do this. Of course, every land needs low skill workers. The United Kingdom is not just going to get financial wizards from HK. It will get cleaners too. I do not mean any disrespect to cleaners. We need them and they do something vital. But the UK does not desperately need more such people.

The PRC is a superpower. They care deeply about face. They are not going to lose face by performing a volte-face on this issue. The lack of support from other Western countries for the UK’s stance has been palpable. Beijing is getting away with it. We have to learn to live with that.

Hong Kongers mostly recognise that there is no way back now. Many have made their accommodation with Beijing. Children who have been conditioned by anti-freedom diatribe tend to believe the furphy that they have been taught.

lol .. hilarious piece. Well done.
Perfectly mocks the pompous, my-imagination-is-reality, perspective of those who believe it’s their duty to pass judement on those who stray from the Empire.

Not sure he intended it to be taken as a humour piece, otherwise he would have given full throated support to Britain’s vicious suppression of China via Opium Wars and subsequent colony of Hong Kong. Either way, the article cannot be taken seriously.

In China, Cuba and Venezuela, a socialist government causes wealth to flow down, causing compassion and charity to no longer be love, but only a legal obligation. So, no ability is there to be humble or grateful and all hope of society having a moral fabric is desecrated. — But than, Western capitalism is also void of a moral fabric, as everyone is encouraged to enrich themselves upon the misery of those with less education, less wealth or less whiteness of skin. — And so, let us all desire to own only enough for a comfortable life and donate all… Read more »

What a crock of bullshit, George.

Stick closer to home with your propaganda, George. China’s internal affairs are none of your business. Have a look at what is going on at home, in the UK. Is China sticking its nose into any of that?

Err yes they are dumdum. 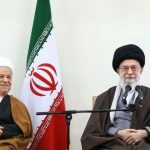 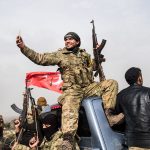