Local sources from Afrin in Aleppo northern countryside said that Turkish-backed armed groups stormed large areas of agricultural lands in the region, and stole the sumac crops in those lands during the past two days.

The sources pointed out that the militants focused on storming and stealing the lands belonging to the people who were displaced from Afrin during the Turkish operation called “Olive Branch”, in which the Turkish forces managed to occupy the area, and the stolen crops were transferred to the Turkish lands to be sold there.

The stolen sumac crops amounted to more than 600 tons transported to the city of Azaz for the benefit of one of the traders who began to transfer them successively to the Turkish lands.

As for the local farmers present in their lands, the sources pointed out that the Turkish-backed militants met with the owners of the lands and informed them that the Sumac crops should be sold to one of the traders close to them, while it was noticeable that the militants imposed on the farmers the sale of one kilo sumac for / 2500 s.p. / which is about / 45% / less than its real price of /4000 s.p/.

The gunmen also made a strongly worded threat to farmers not to sell crops except through them or for their merchants, under pain of confiscating crops and imposing major financial penalties on farmers.

The residents of Afrin, which is under the control of the Turkish-backed armed groups, are suffering very difficult humanitarian conditions as a result of the arbitrary practices carried out by the militants against them, the most recent of which happened on Saturday in terms of storming the civilians’ homes in the villages of “Jenderes” and “Sheikh Al-Hadid” by “Hamza Division” militants who stole the homes in front of their owners at gunpoint.

Syrian state news SANA reports nothing about the in this dubious text mentioned incident.

Thanks, Olivia. Although I oppose any censorship, I do believe that the owners of any news-site have an obligation to allow articles and videos only from individuals whom they have found to be reliably truthful in the allegations they make. I therefore hope that no more articles from Khaled Iskef will be posted here unless he replies to your comments by displaying to us the URL of web-page(s) that enable us readers here to get directly to the documentation or at least allow us to know what its alleged source(s) is (are) so that we will be able to determine,… Read more »

I am doing my own look into possible sources of this article and came upon afrinpost.net/en but I’ve not yet seen precisely this story there.

I just now found in my files that Khaled Iskef is a journalist for Beirut’s Almaydeen TV, and that he has reliable sources on the ground inside the Turkish-occupied areas of Syria. His record of reporting truthfully is excellent. So, now, I take this article seriously, and will file it for possibly linking to it in the future.

The journalist’s credentials should be given, together with his name. Neither the Duran nor the Mideast Discourse do this. Not every reader has the time to do his or her own research on a journalist.

I entirely agree with your assessment, Eric. Sources need to be mentioned. Without them any “news” is just so much hot air.

Yes, but: unnamed sources are okay if the reporter has a consistent record of honesty, and if a reasonable assumption about the source(s) would be that for them to be publicly revealed would place them in danger. For example: Seymour Hersh relied heavily on unnamed sources, and not only was he rarely making any false allegations, but probably in none of the few instances was it intentional on his part.

Yes, however for the simple everyday reader it is often hard to discern between real news and faken news. I generally distrust any media like the “Mideast Discourse”, when I cannot see where they are based (which country) and who owns or runs it. The name of the chief editor needs to be provided, absolutely. 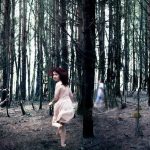