President Morales had always been a thorn in the US’ side, but the die was cast for carrying out regime change against him the moment that he announced a referendum for changing the constitution to enable himself to run for a fourth term in office. The February 2016 referendum narrowly failed, but it’s believed that this was because of scandalous revelations that were publicized earlier that same month about him supposedly bestowing favors upon a former lover who secretly gave birth to his son. She was later arrested and found guilty of corruption in a case that absolved President Morales of any wrongdoing, but the perception management damage was already done because the scandal succeeded in narrowly turning the electorate against him at the time and denying him the right to run for a fourth term. Because of the timing of that controversy and the effect that it’s believed to have had on influencing the result of the referendum, it can be concluded that it was likely a case of so-called “direct action” by US intelligence to “passively” prevent his future re-election.

The Supreme Electoral Court eventually overturned the electoral outcome in December 2018 and therefore allowed President Morales to run during the latest elections last month, which inadvertently served as the “trigger” for “justifying” the US’ forthcoming Color Revolution against him immediately after the vote. The population was already more polarized than at any previous time during his presidency, and it didn’t help any that the results were delayed by approximately 24 hours before confirming that he avoided a second round of elections by a razor-thin margin of slightly more than 10% more votes than his closest opponent. With broad segments of the population already believing that their vote was “stolen” after the referendum was overturned by the courts, this coincidental and totally unforeseeable event was the catalyst needed for them to take to the streets in protest and transition the US-backed regime change plot against President Morales to its next phase of a nascent Color Revolution.

It’s now known that “opposition” leaders were conspiring with the US to overthrow the government after Sputnik reported on leaked audio conversations that confirmed this. Per the dynamics of Hybrid War, the majority of participants in the increasingly violent “protests” more than likely weren’t “in on it” but knew in their own minds what their actions were intended to achieve, going with the flow as so-called “fellow travelers” in order to provide the critical mass that their leaders needed to make their movement worthy of global media attention. With international pressure piling upon him, President Morales somewhat naively submitted to calls for a supposedly “impartial” audit of the vote by requesting the US-backed OAS’ assistance in this respect, likely wagering that it would both buy him time to prepare for his next step and also show the world that he has nothing to hide by doing this. What he hadn’t realized, however, was that US intelligence had already successfully co-opted his police and military forces and were simply waiting for the most decisive moment to carry out their preplanned coup.

The subsequent two weeks saw increasingly violent “protests” that objectively transformed into all-out riots breaking out in different parts of the country, during which time President Morales should have realized that the security services were no longer on his side since they weren’t performing their constitutional duty in restoring law and order. The weekend before the OAS’ preliminary “recommendation” was published saw the worst violence in recent memory intended to send President Morales the signal that he’d eventually have to step down or else. An allied mayor was lynched in the street, rioters seized the state media buildings in the capital, the homes of President Morales’ sister and two of his governors were torched, and reports began streaming in that his officials’ family members were being threatened unless their civil servant relative resigned. Even then, however, President Morales held his ground and went along with the OAS’ “recommendation” that he redo the latest elections, but then the military announced that they were commencing operations against what were obviously his supporters just before “advising” that he resign shortly thereafter, which he did.

The night that the regime change operation was completed can only be described as “Bolivia’s Kristallnacht” because the coup’s collaborators ran wild throughout the capital (ironically named La Paz, or “peace”) attacking President Morales’ mostly indigenous supporters and burning down their businesses in an orgy of violence meant to intimate them into leaving the urban regions that they migrated to in recent years for the rural countryside where some of the mestizos believe that they “belong”. They also attacked the Venezuelan Embassy, too. The pogrom didn’t succeed because the indigenous communities fought back, though their justified resistance was predictably misportrayed by the Mainstream Media as them being the ones responsible for the violence instead of the victims that they truly were, which President Morales drew attention to in one of his tweets while on the run. Unsurprisingly, while the military had previously promised not to “confront the people” while their leader was under enormous Color Revolution pressure from real rioters, they’ve since reversed their stance and have not only evacuated “opposition” members from the parliament and arrested some of his officials, but are now ready to forcibly respond to his protesting supporters.

The stage is now dangerously set for large-scale state-on-civilian violence as the literal military dictatorship prepares to shoot President Morales’ mostly indigenous supporters in the streets in order to send a message to their ethnic compatriots across the country that they’ll lose their lives if they don’t submit to becoming slaves to the neoliberal-globalist system that their oligarchs plan to reimpose in Bolivia. The military more than likely doesn’t have extensive files on the millions of his civilian supporters like they did on his dozens of government officials so they’re unable at this point in time to sic the de-facto death squads of right-wing “opposition” mobs on their families in order to blackmail them into desisting their anti-coup activities, though that only means that these very same death squads will probably be sicced on their neighborhoods in the coming nights to indiscriminately target the locals as a form of collective punishment if the protests don’t soon stop. It’s either that or shooting them in the streets, though given that the coup received Trump’s official approval, its conspirators could probably pull off murdering unarmed protesters in cold blood without any serious international consequences if they felt the “need” to since they can always count on the US’ economic support.

Lessons To Be Learned

Reflecting on the lessons to be learned from the Hybrid War on Bolivia’s successful regime change against President Morales, it must be said that he himself made it somewhat easier for this plot to unfold when he unprecedentedly polarized the country more than ever before by running for a fourth term after the Supreme Electoral Court annulled the February 2016 referendum results instead of spending the past 3,5 years grooming a successor. That inadvertently contributed to the US’ information warfare campaign that preconditioned some targeted elements of the population into believing that he had “dictatorial tendencies” and might “cling to power” through “corruption”. As for the kinetic phase of the Hybrid War itself, President Morales stood no chance of surviving the crisis from the get-go since US intelligence had already co-opted his security services, which likely passed on information about his officials’ families to the right-wing mobs and thus facilitated their de-facto hostage-taking as a form a blackmail against their civil servant relative. Nevertheless, as Venezuelan-Canadian freelance writer and activist Nino Pagliccia pointed out, “a strong civic-military union supported by thousands of voluntary militias” like Venezuela has could have possibly made this more difficult to pull off.

True! And I also do not follow the argument that President Evo Moralez should have abstained from running for office a fourth time. Why? He is loved by his people and he won the election.
The author is US American, this explains his view.

Supreme Court ruled that the referendum was sabotaged, and knowing that a strong majority supported Morales, the election went forward.
Truth forces darkness to give way, including all your fake truth,

The truth is inconvenient. Morales should have picked someone else to pass the torch to. He lost based on his vanity. How come he was able to win the previous elections, but somehow he got “sabotaged” during a referendum? Bolivians don’t want “father knows best” politicians. What matters is the policy, not political figure. We’ll see what happens next.

How do you know what Bolivians want? Speak for yourself, CIA agent! Do not speak for an entire nation.

Absolutely not, for the nobility of Bolivia and the CIA preplanned this fascist coup a decade ago. For Evo Morales won election by 61% of the vote, which means that the coup had only the support of the 39% most wealthy. Give the 61% working poor a week to get organized, than watch the gutless wonder Army and legalized killers scramble for cover.

Of course the CIA preplanned this treachery, and now they are sending CIA agent “Juanita Navarro” to spam this board with her CIA inspired views. Nice Spanish sounding incognito, hiding in the CIA bunker in Langley? 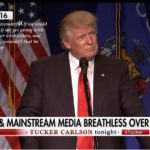