Fact 1: Goods and services do not appear by magic.

Fact 2: Inflation is the result of ever-increasing amounts of central bank currency being circulated, when goods and services are contracting.

Economists have understood the above for centuries. But unfortunately governments and most politicians — with their wars and pork barrels — get in the way of those facts, and even suppress their reasonable public debate.

The media defines inflation simply as “rising prices”… while corrupt academics debate the merit or not of Modern Monetary Theory, as if MMT ever had any merit at all. But that misses the greater point, wherein this metaverse, we are forced to think only in the present and consider nothing of the past. When we do consider the past, it has usually been rewritten by someone perhaps friendly with Bill Gates or Klaus Schwab… or at least CNN and USA Today. To that point, the world is being split into pre-contagion/post-contagion history, quite conveniently for some.

Most have forgotten that just over eight years ago, Bilderberger Elites and the Council on Foreign Relations were dealing with the thorny issue of deflation. The west was still reeling from its criminally self-induced financial collapse of 2008-2009, being a Central Bank–Dealer disaster, to whit not one single JP Morgan Chase etc felon of the banking class ever went to prison.

The idea that prices should ever fall is of course anathema to Those Who Rule; especially Primary Dealers and Federal Reserve banks who skim billions in public funds, and must maintain exponentially increasing public debt… debt that an extended deflationary period would cause this crooked Fed-Dealer system (that the CFR so loves) to implode, and the system to fail.

Faced with this ‘deflation’ conundrum, two woke economists, Eric Lonergan and Mark Blyth (whether hired by, or appointed by the Council on Foreign Relations to pontificate we cannot know) proposed in 2014 that handing out cash to Regular Joes & Joesses will of course be the salvation of the world. Somehow, by 2014, the idea of handing out cash to the Great Unwashed seemed to stick favorably in the CFR’s elite craw. Yes, these magnanimous types who care so much about us that they’ve given us war and inflation for over one hundred years, could just stroll out in their helicopters and drop money on the public. But Blyth-Longeran’s Council on Foreign Relations had a problem.

The money-creators (Fed-Treasury) needed a reason to helicopter cash. In 2014, there was none to justify the new ideas that later formed the psychosis of Modern Monetary Theory (MMT) and Warren Mosler’s insane idea for a trillion dollar coin*. After all, when the lunatics have just taken over the asylum, it takes a while for the sane to become fully committed. Now by the contagion market crash of March, 2020** elites had their reason.

But handing out cash to the US masses as compensation for their contagion did not make the knuckle-draggers happy. And indeed spoiled Fed dreams of ‘controlled’ inflation at 2% or thereabouts. Then Blyth and Lonergan are left to wonder why… why are the Great Unwashed not satisfied? Why are they so angry?? These two rather unhappy but no doubt well-paid pranksters of the CFR must be content with obsessing over the rage of the nose-picking, drooling, deplorable masses, when inflation steals all that the Great Unwashed have. Where the foul MMT minions and the perverse realized dreams of The Council on Foreign Relations – whether by accident or by design – have handed us their vile, foul, stinking legacy of depravity and corruption. But how will real angrynomics really play out?

Here’s how. More wars and more threat of war threatened by the Longeran’s ‘neoliberal’ swamp. More sanctions. More weaponization of the dollar. US and allied state-sponsored violence and terror. Think of it as the western iron jackboot stomping on a face, forever. And the populace is forced to accept. Injection after injection. Mandate after mandate. Imperial (and criminal) decree after decree.

Yes, the CFR /Coup Class do rule. While the contagion they leverage (and leveraged) rules. Angrynomics is just the beginning, my Longeran cash-issuing friend. This is about to become angrier, much angrier than ever. As Norman Mailer once famously said: watch out.

Now what about those billion — er sorry — trillion dollar coins? We are still waiting.

*Yes the same dude who says the USD only has value as a means to pay taxes! **https://novusconfidential.wordpress.com/2021/12/09/wall-street-cannot-crash/ 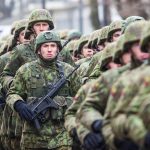 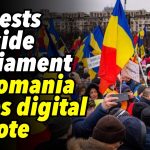