13 people were killed and 58 wounded when Iran’s Revolutionary Guards fired precision missiles and suicide drones at Kurds near Irbil and Sulaimaniya in northern Iraq on Wednesday morning.

The attack was in retaliation after Iranian authorities accused Iranian Kurdish dissidents in Iraq of collaborating with Kurdish protesters in northwest Iran which is home to over 10 million Kurds.

The first series of attacks began on Saturday, followed by more on Monday as Iran unleashed a wave of drone and artillery strikes targeting Kurdish positions.

Koya, about 65 kilometers east of Irbil, was shelled.  The United Nations High Commissioner for Refugees in a statement said the attacks “impacted the Iranian refugee settlements” in Koya, and that refugees and other civilians were among the casualties.

Why did Iran attack Kurds in Iraq?

On September 24, a protest was held in support of the women of Iran outside the UN compound in Irbil, the capital of the semi-autonomous Kurdistan region of Iraq.

Posters with the face of Mahsa Amini were held aloft as the protesters chanted “women, life, freedom,” and “death to the dictator.”

Kurdish political identity is tied to the secularist, nationalist and communist ideology of the jailed founder of the Kurdistan Worker’s Party (PKK), Abdullah Ocalan.

Tasnim news agency in Iran said the shelling targeted the offices of Komala and the Kurdistan Democratic Party of Iran for allegedly sending “armed teams and a large number of weapons … to the border cities of the country to cause chaos.”

Mahsa Amini, her scarf, and her death

Protests erupted in Iran this month over the death of a young Iranian Kurdish woman, Mahsa Amini.  She was arrested on September 13 in Tehran by the morality police, who enforce a strict dress code which includes covering the head of women with a scarf.  The 22-year-old Kurdish woman from Saqez died three days later in a hospital after being held in police custody.

Her death has focused on women’s rights in Iran, as well as the Kurdish population, and has touched the Iranian Kurdish community in exile in the Kurdistan region in Iraq.

“Woman, Life, Freedom!” the protesters have chanted in Iran’s biggest demonstrations in almost three years, in which women have defiantly burned their headscarves and cut off their hair.

Amini’s family has asked for an investigation into her death, which the authorities blame on a heart attack; however, her cousin living in Iraq charged that she died after a “violent blow to the head,” with reports she was bleeding from her ear.

Protests in Iran have continued for almost two weeks as police vowed to confront protesters, which have been said to have killed at least 76 people, and spread to at least 46 locations in Iran, with more than 1,500 demonstrators arrested.

On Wednesday, Iran’s President Ebrahim Raisi condemned the “chaos” sparked by a wave of women-led protests over Amini’s death.

On September 23, the Kurdish-majority town of Oshnavieh in Iran’s West Azerbaijan province briefly fell into the hands of protesters, who set fire to government offices, banks, and a base belonging to the Revolutionary Guard Corps.

What is Kurdistan Region Iraq?

In 1991, Iraqi Kurds broke away from central government control with the help of a US-led no-fly zone. The Kurdistan Region Iraq (KRI) is an autonomous region in Iraq comprising the four Kurdish-majority governorates of Erbil, Sulaymaniyah, Duhok, and Halabja.

The new Iraqi constitution stipulates that Iraqi Kurdistan is a federal entity recognized by Iraq, and has developed its oil and gas sector independently of Baghdad based on a 2007 law.

Iraq’s caretaker prime minister, Mustafa Al-Kadhimi, and his foreign ministry condemned the attacks in a statement on Wednesday and would summon the Iranian ambassador to inform him of Iraq’s objection to the attacks on Iraqi territories and that Iraq considers this action a violation of sovereignty.

US reaction to the attack

On Wednesday, the US condemned the Iranian attack on northern Iraq and said, “We stand with Iraq’s leaders in the Kurdistan region and Baghdad in condemning these attacks as an assault on the sovereignty of Iraq and its people. “

Saddam Hussein and past stability

In 2018, journalist Jane Arraf interviewed Iraqi General Nijm al-Jabouri.  He recalled the US invasion of Iraq in 2003 and said, “We thought we would breathe freedom, we would become like Europe,” instead he says “We returned to the Dark Ages.” He added, “But many people, when they compare between the situation under Saddam Hussein and now, find maybe their life under Saddam Hussein was better.”

Almost 20 years after the US invasion, electricity is still unreliable in Baghdad, water is in short supply, and hospitals are ill-equipped. Security and basic services are in shambles and the government is in disarray.  Al-Jabouri said, “It was very difficult to imagine that the United States would allow religious people to control Iraq.”

Qathem Sherif al-Jabouri, a mechanic in Baghdad, recalls helping to bring down the large statue of Saddam Hussein on April 9, 2003.  “Those who came after haven’t improved the infrastructure, they haven’t built anything, they haven’t done anything for the people,” and added, “Saddam’s was a brutal regime. But now, I regret hitting the statue.”

The US invasion of Iraq destroyed the region

On March 19, 2003, the US-led invasion of Iraq began the worst foreign policy disaster in modern history.  The war led to the death of millions of people; fueled sectarian violence; allowed for the rise of militant religious groups and empowered Iran. US President George W Bush’s case for the war was discovered to be based on lies and propaganda.

The bombing of Baghdad was so severe that its infrastructure has yet to be fully rebuilt, and the city remains scarred not only by the US assault but also by the more than a decade of the bombing that followed.

US administrator L. Paul Bremer III allocated power along religious and ethnic lines. Iraq became the Arab world’s first Shiite-led government in centuries. Many of the leading Shiite political figures were Iranian-backed, and today Iran plays a major role in the political life of Iraq, thanks to the American invasion. The war would go on for eight years killing an estimated 151,000 to 600,000 Iraqi civilians during its early stages.

The US withdrew its troops from the conflict in 2011 and is said to have spent nearly $2 trillion in war-related costs in Iraq during its eight years of engagement.

Sometines it’s a matter of “Be careful what you wish for, because you may just get it.”
No more Saddam, no more Gaddafi, life must be wpnderful in Iraq and Libya. Are they ‘Woke” yet? 🙂

America`s overt and covert political interference around the world has caused untold amount of deaths and misery. Divide and rule is the anglo american motto and they shamelessly and with impunity destroy countries as part of their empire building. Iraq is still a broken and occupied country. Kurdish autonomy in Iraq has been created artificially by the US occupiers and has no real legitimacy in the region. Syrian oil and crops are being stolen on a daily basis by the US occupiers and we see no action taken by the UN. As for the Kurds, they have only themselves to… Read more » 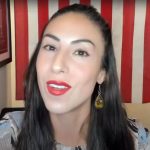 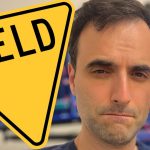