From Chris Powell of GATA:

“The Russian central bank has begun buying gold from Russian mines at a fixed price in rubles, establishing a gold standard within Russia .. (and) the Russian government is suggesting that gold can be payment for its oil and gas exports. And the Russian government has removed VAT tax from domestic gold sales to the public to encourage Russians to trade their rubles for domestically mined metal instead of foreign currency.” Link: https://gata.org/node/21839

The ruble is strengthened via domestic gold trade when the Russian people exchange their rubles-fiat for hard gold. Such exchange looks attractive to the populace, since gold remains stable as a store of value with zero counterparty risk.

The western gold cartel has barred Russia from the LBMA and western gold trading, perhaps not a wise move for the cartel. The LBMA-BIS-CME-LME-Fed-IMF gold cartel can only remain such when others agree to play.* And Western sanctions will have no impact on Russia’s gold trade. Where bilateral gold trades occur between central banks, US-Euro financial sanctions are irrelevant. That applies to the gold carry trade as well, which is private and opaque even for governments.** Note that Venezuela was able to survive weaponization of the dollar US by trading its gold to Deutsche Bank in bilateral exchange not affected by US Treasury sanctions.

Japan has stated that it will not ship or sell gold to Russia; but it’s exceedingly unlikely that Russia cares about that, since Russia has its own very productive mines and gold trade elsewhere in Asia.

Such positioning as above and stronger trade relations among the Asian block, while excluding Japan and South Korea, promises a gradual shift in world trade pattern, with the consequence and long-term result not yet apparent. Perhaps in response, US State sent its ‘economic hitman’ emissary of the NSA to New Delhi, to warn India about what happens when you mess with Empire. Link: https://www.thehindu.com/news/national/us-deputy-nsa-daleep-singh-cautions-india-against-trade-deals-with-russia/article65277933.ece

Meanwhile Bloomberg, a western finance media outfit deeply mired in the culture of Fed criminality, is whining that galloping inflation is “destroying demand”. Tough luck, Mike. We’re all crying for you.

Another point is Russia’s ability to quickly reposition itself with regard to crypto, specifically bitcoin. Russia had formerly imposed strict BTC controls to prevent capital flight, but – in a major bit of irony – western exchanges imposed the same control, subsequent to the Russian support of the DPR/LPR and its police action/invasion of the Ukraine.

With reduced prospect for capital flight to the west, Russia can directly challenge the west by using bitcoin for its real intent, as a currency. Until now bitcoin has been more of a speculative asset than a currency, and it will be interesting to see how the western monetary Empire reacts when and if Bitcoin is effectively used as a means to evade US Treasury sanctions and weaponization of the dollar. So far US Treasury sanctions evasion via Bitcoin prima facie appears minor, while Russia apparently intends to make it major. We shall see!

*China has the largest gold market in the Shanghai Exchange but it is difficult for westerners to participate in that market due to China’s capital controls. That has allowed the western gold cartel to operate somewhat autonomously. Due to the collective west’s collective hysteria and inability to reason, it’s unlikely that China will relax its capital controls for westerners, and to the contrary is likely to strengthen them.

The Little Hats (who control the Federal Reserve private bank), will be whining a collective “Oy vey” against Russia’s new Gold Standard.
They murdered Muammar Gaddafi and destroyed Libya, for his envisioned Gold Dinar project, but Vladimir Putin actually went ahead and introduced an actual Gold Standard!

The House of Cards, that is the Western Financial System, will be on shaky ground after this bombshell news.

That House of Cards should be named “Muammar’s Revenge.” It wasn’t enough for the unsatiable cruel West to kill him, destroy his country and his people, and with it punish the entire African continent, but they couldn’t just let him die, he had to die by being sodomized with a sword. Weren’t his last words “what did I ever do to you?” Many will be whining a collective “Oy vey”, regardless of the size of their hats. Why can’t those who wear little hats and think they have the biggest brains can’t seem to be able to make the connections… Read more » 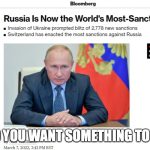 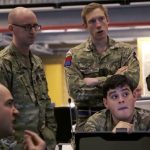