With physical reserves of gold and silver in short supply or non-existent, market experts hint at big changes ahead for monetary metal markets. While much noise emanates from supporters of Federal Reserve output, ‘supply and demand’ has not been a true driver of precious metals markets since August 15th, 1971.

Since then, balancing global population growth with natural resources and fiat currency has fragmented the geopolitical equation to an extent where one’s standing is only determined by the number of US dollars possessed. That’s especially true now with the US weaponization of the dollar. You either play the US fiat by-decree hegemonic dollar game, or resist and you are out.

Because the United States is the number one consumer of energy while being the number one producer of oil, the mainstream conversation about dollar resources versus real resources has shifted to the background. But regardless of King Dollar’s current status or what Warren Mosler’s MMT fanatics say* or write, historically humans have always looked to that which is of real lasting value as having worth.

That which is not of lasting value — ie the Wall Street gold and silver futures market which is supposed to represent it — essentially blew up in March of this year. Trouble had been brewing for precious metal spot markets for months and years before, as registered reserves dwindled to near-zero.  How the CME/COMEX blew up is a complex topic yet to fully play out, partly addressed here in my interview with gold and silver analyst, Harvey Organ.

Gamed and manipulated for many years, now major changes are in the offing for gold and silver exchanges.  In July, Goldman Sachs predicted that gold spot will reach $2300 US within twelve months, and that’s a major change in outlook for a Fed Primary Dealer.

Quote from Goldman: “Combined with a record level of debt accumulation by the US government, real concerns around the longevity of the US dollar as a reserve currency have started to emerge,” analysts said in a note dated July 28.

But whether Goldman Sachs analysts will truly depart from the Central Banker MMT mantra is of course, another matter. Even so, extant rumors have it that the London Metal Exchange, Bank of England, and China gold interests may team together to challenge the CME-LBMA cartel.

China’s banks own the LME, and the major game-changer here is how China may leverage precious metals to challenge the US dollar cartel. China’s intent may be to confront an increasingly hostile US by pushing the fiat envelope; result being that monetary metal exchange prices will now closely resemble the actual cost at which they trade.  (At present they don’t.)  The interesting take is that China’s LME threat to the western monetary metal cartel may have been further prompted by Steve Mnuchin’s weaponization of the US dollar and not just the US regime’s trade war.

For monetary realists it is encouraging that the Bank of England and Goldman Sachs may team with the London Metals Exchange to challenge the CME-LBMA cartel to enable LME T +1 physical delivery.  That’s important. Participation of western interests with the LME to guarantee liquidity (not just solvency, which is different) will make the difference as to whether the LME’s potential for next day delivery is a success. (At present COMEX delivery is at least ninety days out.)

The danger being — not far from any geopolitician’s eye – what happens when the western cartel loses control of spot and precious metal delivery? That will certainly be a momentous event.  Since 1918 the former United States has been given gold, confiscated gold, and stolen gold to maintain its role as global hegemonic. For the London Metals Exchange to set the real price of monetary metals and deliver them in lieu of the COMEX/LBMA would mark the end of an important era, and possibly pose yet another threat to the global dominance of King Dollar.

Now, if rumors are true and the LME goes this route, will it simply result in another BRICS-type illusion? Perhaps not an illusion, perhaps BRICs is simply a semi-failed experiment.  Under Modi India has moved ever closer to the US hegemon while South Africa has suffered under a corrupt regime. Meanwhile Brazil has sought the succor of the western banking system and bowed to western pressure. However relations between Russia and China have grown ever stronger.

Regardless, the potential for the London Metals Exchange to challenge the CME-LBMA monetary metal cartel is not yet a done deal.  Much will depend on whether the COMEX can stay afloat in these challenging times, when there is no metal in London.  Or more importantly, whether an inherently corrupt western monetary system can actually reform.

*In the video, Mosler reveals the corrupt game at the heart of the US dollar system, and there is no intent to portray Ed Harrison as an MMT’r!

Steve is an antiwar activist, a published scholar on the US monetary system, and has appeared as guest contributor to The Duran, Fort Russ News, Herland Report, The Ron Paul Institute, and Strategika51.

Here is an interesting look at how the Federal Reserve could handle the next crisis using unprecedented monetary policy:

Given that the Fed has already bloated its balance sheet and pushed interest rates to zero, it has little room to manoeuvre. 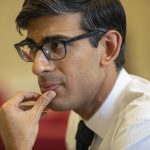 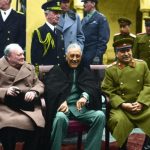