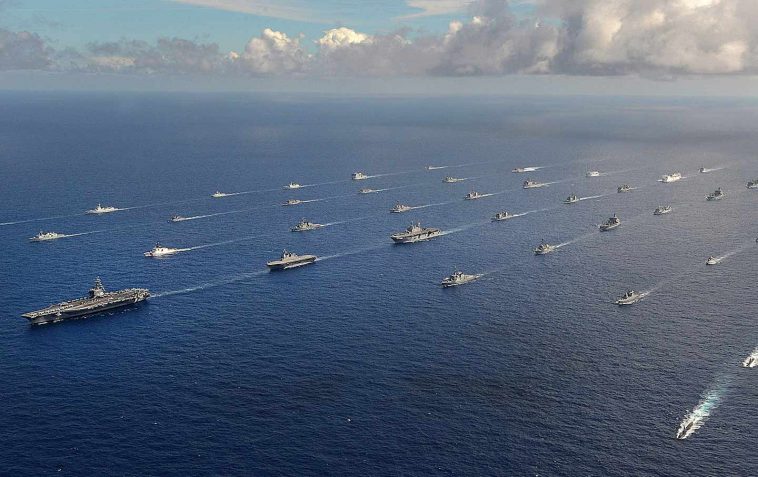 The US Central Command announced the deployment of giant “B-52” bombers in the Middle East, to “deter aggression” and reassure US partners.

Colonel Bill Urban, a spokesman for the US Central Command, said in a statement that the air crew for the B-52 plane prepared in a short time at the Minot Air Force base in the US state of Dakota, and set off on a long mission in the Middle East.

“Urban” added that the ongoing mission proves the ability of the US military to deploy combat air power anywhere in the world within a short time, and to integrate into the operations of Central Command to maintain regional stability and security, he said.

According to the statement, these tasks help the crew of air strikes aircraft in identifying the airspace of the region, and the functions of command and control, and allow them to integrate with the American air assets in the field, which increases the readiness of the joint forces, indicating on the other hand that the United States does not seek to cause any A conflict, but is committed to responding to any emergency, anywhere in the world.

Although the statement did not clearly specify what kind of aggression the giant bombers came to deter it, observers considered that the message was aimed at Iran, after news of US President Donald Trump’s discussion with his advisers on the possibility of launching a military strike on Iranian sites, while US administration officials advised him. Not to undertake such an adventure for fear that it would turn into a large-scale conflict.

The B-52 bomber is one of the most powerful American air weapons, as it can launch missiles and laser-guided bombs, and is capable of carrying missiles with nuclear warheads and ballistic missiles, and it can fly 8,000 miles without the need for refueling.

It should be noted that US forces had previously used “B-52” bombers to confront “ISIS” inside Syria, and they had a great devastating effect, especially in the city of Raqqa.

This is all nonsense. The US cannot maintain a drawn out confrontation with Iran plus if it does start the US will lose some very important assets and Iran will not easily negotiate a cease fire once the conflict starts. Plus there will be plenty of cities burning in Israel.
The US needs to show the citizens they are a power while the US economy is going down the toilet.

Could well be but with Trumps desperation to hold on to power and the ongoing worsening COVID pandemic starting a major conflict in ME would be brilliant means to do this if enough Republicans along with the Pentagon/Deep State were crazy and ego driven enough to go along with this, also his very close friendship with Netanyahoo would encourage such a reckless act, remember the assination of Gen Soulimani less than a year ago !
…..Anyway time will tell 🤔

The US currently cannot fill vacancies in the military and the existing members are over worked and stretched thin. All Iran has to do is sink one or two US ships and the witch hunt will be on and if it was Trump who started it then I’d hate to be in his shoes. Plus closing the straits of Hormuz would push the world into an even deeper depression than the one being experienced – which ever way its not going to be pretty. The Iranians are not Arabs and these people will “eat dirt” rather than give in to… Read more »