Armin Laschet, frontrunner to become Germany’s next chancellor, has warned of the dangers of a new cold war against China, agreeing with Angela Merkel that Beijing was as much a partner as a systemic rival. Laschet was speaking to the Financial Times after US president Joe Biden’s first official trip to Europe, which was dominated by warnings about the challenge China poses for the west.

This is very sensible. Most people in Europe think along these lines, especially business people. But how much of it will be put into practice? What will Mr. Laschet do after pressure has been exerted on him and he has been put through the wringer as it were? Are there not are people in Washington and in Atlanticist think tanks in Germany who are plotting at this very moment how they can get him to change the course he would prefer to take and which is sensible for Germany and Europe. And what about those people in the EU headquarters… Read more »

They already try for some times, the treacherous lackeys from the German + European Fake-News/Propaganda MSM aggitating fear/hate/war-mongering againts it for years, their corrupt traitors sell-outs lackeys in the EU + German Establishment aggitating propagating against it aswell specialy the traitor Greens together with the Soros-Mafia countless subversive [fake]NGO’s as proxies for the US Regime-Change/Color-Revolution Establishment…and the hostile russophobe + sinophobe manipulative propaganda towards the upcomming election will massive intensify. There are too many transatlanticist + globalist traitors in Germany who would wreck Germany + its economy out of ideological spite just to please their AmeriCunt EU-Junta + NATO-Mafia Pimps…as… Read more »

But although the substance of what you are saying is correct – and is quite perceptive in fact – still you might do a considerable service to getting your point across if you could abstain from using downright obscenities while expressing your thoughts. At the very least, these do not contribute to the content, and besides, distract the readers.

I sure hope so, because within the past 24 hours there was news about some MP in Germany claiming that Berlin was “preparing for war” with Russia. It could just be one politician, and even then be all talk, but how much traction will that get compared to this announcement?

Special AKK Annegret Kramp-Karrenbauer the demented lunatic of an total incompetent inept and always russophobe + hawkish babbling NATO-Mafia Drone of a so-called Minister of Defense she lost absolutely her marbles, she’s mostly hated by the Bundeswehr, that she has in common with her predecessor Ursula von der Leyen.

Well, yeah, but I wasn’t thinking of AKK or UvdL, but rather some politician named Sevim Dagdelen who said that. I never heard that name until yesterday.

Usual Sevim Dağdelen is the total opposite of that in her stance in general…you have a link? She made some noise and accused the Merkel Regime, NATO ect of beating the war drums against Russia ect.

Sorry I wasn’t clear at first – I wasn’t trying to accuse Dagdelen of creating tensions, but rather to bring up what you said there.
https://southfront.org/german-mp-claims-berlin-preparing-for-war-with-moscow-as-putin-reminds-of-the-past/

For what it’s worth, this is where I first heard of the news:
https://ria.ru/20210623/voyna-1738168943.html (in Russian, so get your favorite translator ready for some of the commentary.)
I honestly wish more people, in or out of Russia, were aware of the USA/UK’s role in setting Germany against Russia in WWII, as Stalin was when he proposed a reunified Germany in 1952.

You are slightly wrong after WWII, Germany was occupied by the 4 Allies and they administered 4 zones. The USSR was in favor to let ‘All’ Germans decide of their future in steering them to ‘neutrality’ which most Germans favor coming out of two wars. The US indignantly rejected that, the UK + French had not much if any to say about that they always played 2nd + 3rd fiddle and get allong what the US decided. The US already started that ‘Cold War’ [and kicked off the nuclear arms race] with the two A-Bombs throwing on civilian targets in… Read more »

Germany is still occupied by 40’000 American soldiers with 5 atomic bombs on its soil.

In Italy it is even worse and in South Korea or Japan even more, in all countries polls revealled years after years again and again the vast majority of their populations want those fuckers gone for good…but their treacherous corrupt elites/oligarchs + regimes of collaborators give a total fuck.

Defence Minister Annegret Kramp-Karrenbauer is indeed a naive and stupid person who is controlled by Atlanticist warmongers, carelessly moving German troops to the Russian border in the Baltics as part of a Nato (what else) exercise and increasing the defence budget and parroting Nato propaganda. Sevin Dagdelen has pointed out in an article for nd-aktuell.de that we now have the 80th anniversary of the attack on Russia by Nazi Germany resulting in the deaths of tens of millions and that what AKK is doing is most inappropriate and shocking to at least half of the Germans. Germany is as divided… Read more »

Yeah, sure. I’ll believe it when I see it.

But those Limey’s, boy aren’t they the agent provocateurs? They’ll get smacked silly one of these days over their little games and it won’t be a day too soon.

Charge of the Light Headed Brigade
Reply to  Fosdick

If there isn’t a provocation that we’re not involved in somewhere on Earth, we’ll figure out a way to hijack it, for God and Clown.

The Limeys had a barrel of laughs poking the bear on the Black Sea the other day. The accounts of the incident diverge so widely that one can assume that some psychopathic liars also had their fun.

Scratch a British mainstream news outlet and a barrel of psychopathic liars comes tumbling out, just for fun.

The problem behind Western mainstream propaganda and sophistry is the high level of enmity toward both Russia and China, bearing the characteristics of ethnic and racial hatred. Historically whipping up such emotions often precedes or accompanies a real war. 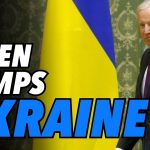 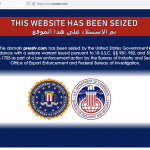