Fox News host Greg Gutfeld joined other prominent conservative voices on Saturday by abandoning his Twitter account after the social media platform permanently banned President Donald Trump. “To be true to the resolution to myself: this is my last tweet. [O]ther than to read news, [I won’t] be on [T]witter,” Gutfeld first tweeted on Jan.

Could there be any better portrait of a twit than the founder of twitter?

I’m sure Twitter going down the drain is for the best.

What worries me is this guy has substantial technical, legal, business, and government support, so they are confident about this position.
I hope that Texas and other low tax exodus states that may host these big Tech giants in the future will pass laws preventing them from abusing their platforms.

so proud for never having to use twitter, fb, google…and I’m still alive and functioning well. I’ve use youtube but they are on their way out for good too. 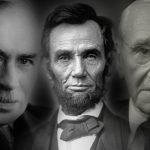 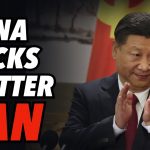