This is a reprint of the original newspiece as it appears on Stalker Zone, under the headline “OLEG TSAREV: HOW YANUKOVYCH BEAT BIDEN CONCERNING THE SALE OF UKRAINIAN LAND.” As such, there are no edits, and only this comment from myself:

Perhaps the Ukrainians can shed light on how awful Joe Biden is about to be, should he become President. – ASH

Seven years separate us from the days when Ukraine started to plunge into an atmosphere of chaos, turmoil and loss of state sovereignty.

One of those who until recently tried to stop the deterioration, like a snowball, Maidan violence and the transformation of Ukraine into a puppet completely controlled by external players was the former people’s deputy of Ukraine Oleg Tsarev. The day before Euromaidan began on November 20th 2013, he made a statement from the rostrum of the Verkhovna Radaabout the upcoming coup in the country and the incitement of civil war, which was supported by specialists in organising “colour revolutions” from the US Embassy under the personal supervision of the American Ambassador in Kiev, Geoffrey Pyatt.

In an exclusive interview with News Front, Tsarev shared previously unknown details of the events:

Seven years ago, on November 20th 2013, a day before the start of the so-called euromaidan, you spoke in the Verkhovna Rada, where you spoke about the preparation of a coup by the American Embassy in Ukraine. How did the deputies – both colleagues from the Party of Regions faction and opponents – react to your speech?

“The meaning of my speech was that the US Embassy in Kiev held courses and trained personnel for a Maidan right on the territory of the Embassy. In particular, they were taught how to use social networks and how to work against the police. I was able to enrol my activists in these courses, where they saw it all firsthand. After that, I spoke in the Verkhovna Rada. During the speech, the part of the audience that did not support the ‘Party of Regions’ chanted slogans and drowned out my words in every possible way. But even within the ‘Party of Regions’ faction, not everyone was happy with my speech. When I left the podium, a colleague from the ‘Party of Regions’ faction, Anna German, attacked me with her fists. She was outraged that I spoke on behalf of the faction and blamed the US Embassy. I did use the time allotted for speeches on behalf of the faction. Formally, as the deputy head of the faction, I had the right to do so. But at the same time, she knew that my speech was not coordinated with anyone. I was rescued by my colleague Mikhail Chechetov, who rushed across to German, pushed her away, hugged me and said: ‘Well Done, Oleg! Finally, at least someone called a spade a spade!’.

There was no reaction from the country’s leadership to my speech. After that, I went to my native Dnepropetrovsk. A few days later, when Maidan was already raging in the country, Aleksandr Efremov called me and asked me to come to Kiev. When I returned to Kiev by car, I don’t remember which city I passed, but there was a monument to Lenin, wrapped in an orange scarf.”

So, there was no reaction to your speech from the Ukrainian authorities and law enforcement?

How long had the US been preparing a coup in Ukraine?

“It was a long, serious and painstaking work. If the Russian Federation worked with political elites, with individual active politicians, the US formed its own elite. There were a lot of non-governmental organisations for which very large funds were allocated. Even in the most remote rural areas, there were representatives of NGOs. The Americans cherished their personnel. They made sure that those who studied with them and received grants became journalists, deputies’ assistants, and got jobs in local, district, city, and regional administrations, as well as in the Presidential Administration. And all these people worked for them. The Americans have done a tremendous job to create a new political class and bring it to power.”

Has the Russian Federation, the Russian Embassy in Kiev, Rossotrudnichestvo, and other organisations carried out any work aimed at forming public opinion in Ukraine and preventing such negative scenarios?

“As I understand it, Russia allocated quite a lot of funds, which were constantly used for numerous round tables at the Embassy. However, the same people participated in them. The Russian Ambassador in Kiev, Mikhail Zurabov, held evenings that were almost always attended by Petro Poroshenko. A fairly narrow circle of people from the Ukrainian Beau Monde gathered, who then either dispersed during Maidan or turned out to be on the side of Maidan. As I understand it, the participants of these evenings just had a good time. We had two anti-fascist organisations in Ukraine. One of them was co-chaired by me and my colleague Dmitry Shentsev, while the other operated under the auspices of the Communist Party. Neither Shentsev nor I have ever been invited to the Russian Embassy.”

It is no secret that the “Party of Regions” has long been the locomotive of European integration and campaigned for it in every possible way. Why did Yanukovych back down at the last moment and refuse to sign the Association Agreement with the European Union? Was this the reason or the cassus belli for the beginning of Maidan?

“I can only express my personal point of view here and sometimes my own guesses. I believe that a Maidan was inevitable, but it was prepared for a later date – on the eve of the presidential election. We saw the preparations for a Maidan. In my opinion, there were two reasons that were the trigger for the hasty launch of a Maidan. The first is Yanukovych’s refusal to sign the Association Agreement with the EU. After Ukraine would launch joint integration projects with Russia if it refused to integrate with the EU, the economic effect would be so high that it would be impossible to turn Ukraine away from Russia. I will cite just a few joint projects that were supposed to start: the construction of a uranium enrichment plant in Kirovograd, the restoration of the Nikolaev ship repair plant, and the launch of production of the latest aircraft at Antonov. Until the projects had been launched, Russia allocated a stabilisation loan. This is the one that Ukraine does not want to return now.

And the second factor, which, in my opinion, is important: Yanukovych had agreements with Biden on the privatisation of Ukrainian agricultural land and the sale of a number of American companies. Yanukovych’s refusal of these agreements and a trip to China to negotiate the sale of land to Chinese companies led to the fact that Maidan began earlier than planned.”

So, in Ukraine, until recently, there was a moratorium on the sale of agricultural land, which the Verkhovna Rada canceled this year on the instructions of Zelensky?

“You simply forgot. Yanukovych back then introduced a law on the creation of the State Land Bank, and a whole package of documents was being prepared on how all this could be implemented. So, the sale of Ukrainian land is not the discovery of Zelensky. Attempts to buy Ukrainian land by foreigners were made under Yanukovych. Biden was very active in pressuring Poroshenko to push the issue. But they managed to implement it under Zelensky. However, not yet completely. To date, the sale of land has not started. There is a last chance to unblock the Constitutional Court and cancel the decision of the Verkhovna Rada to lift the moratorium as unconstitutional. I would not say this matter is over.”

“Yanukovych’s cancellation of the order to disperse Maidan on the night of February 18th-19th 2014, when the Kiev House of Trade Unions was set on fire. Back then there was a team to take out Maidan, which Yanukovych canceled at the last moment.”

Are you aware of any guarantees made to Yanukovych by western leaders in exchange for refusing to disperse Maidan?

“I wasn’t present during conversations between Biden and Yanukovych. But I’ve seen the consequences of these calls. As for guarantees, is Yanukovych being pursued by someone? Does any of the world leaders raise the question of Yanukovych’s responsibility? Is he on the international wanted list? Maybe there were demands from the US to extradite Yanukovych? We have not observed this.”

What, in your opinion, is the main result of the Ukrainian Maidan and the coup d’etat?

“The occupation of Ukraine and the definitive loss of Ukraine’s sovereignty.”

First Biden progressive foreign policy agenda of the day: Unleash the democratic potential and military might of the neo-nazi movement of Ukraine.

Memo from SOB (sorry SOS) Blinken: “And Senator Leahy; you can stick your anti-Azov window dressing legislation up where the sun don’t shine. Maybe paper your bathroom walls with it & save on wallpaper.”

Biden has a secret lust for nazi youth. 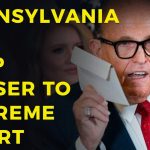 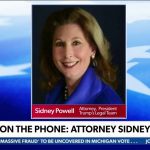