On March 11, the foreign ministers of Russia, Turkey, and Qatar met in a trilateral effort to push for a political resolution to the 10-year-old conflict in Syria.  They held a joint press conference in Doha and issued a broad statement concerning the future of Syria, and their joint commitment to the UN peace process under resolution 2254.

The trio emphasized their commitment to preserving the sovereignty, independence, unity, and territorial integrity of Syria while stating that the only solution to the conflict was a political settlement, while all agreed on fighting terrorism which is part of the UN charter.

The next meeting will be held in Turkey, and later in Moscow. Russia’s Foreign Minister Sergey Lavrov’s said, “This is the first meeting at foreign ministers’ level on the Syrian crisis. We emphasized the importance of a political solution to the Syrian crisis, and this meeting is not an alternative to the Astana path.”

1.  to preserve the sovereignty, independence, unity, and territorial integrity of the Syrian Arab Republic under the UN Charter.

2.  no military solution, only a political solution in accordance with UN Security Council Resolution 2254 and Geneva Communique of 2012.

3.  to combat terrorism and stand against separatist agendas.

4.  to support the role of the Constitutional Committee without foreign interference.

5.  to support the efforts of the Special Envoy of the Secretary-General of the United Nations to Syria, Geir Pedersen.

6.  to support the Covax initiative, and prioritize vaccination inside Syria.

7.  to increase humanitarian assistance to all Syrians throughout the country.

8.  the safe and voluntary return of refugees and internally displaced persons.

9.  the release of detainees.

Russia’s Foreign Minister Sergey Lavrov said the three countries were not seeking to replace the Astana process, in which Turkey, Russia, and Iran had jointly been meeting since 2017, to reduce fighting in Syria and discuss a political solution.

Lavrov said the meeting in Doha agreed on fighting terror, the free and peaceful return of Syrian refugees and displaced people to their homes, and called for the release of detainees.

Qatar has supported Radical Islamic terrorists who sought to topple Syrian President Bashar al-Assad.  Qatar’s role in the conflict was based on its support for the Muslim Brotherhood, which Turkey shares.  The former Qatari prime minister publically acknowledged that Qatar had funneled cash and weapons to the Al Qaeda affiliate in Syria and that it was done at the behest of the US Obama administration.

Qatar was important to the trio meeting in Doha since they are the only Arab country of the three.

Qatari Foreign Minister Sheikh Mohammed bin Abdulrahman Al Thani said the ministers had also discussed mechanisms for delivering humanitarian aid across the whole of Syria.  Presently, only Idlib receives humanitarian aid from international charities, which is seen as a reward for following Radical Islam or living under Sharia law.

Qatar upholds Syria’s suspension from the Arab League in 2011 and does not want Syria to be reinstated. Sheikh Mohammed made it clear that the reasons for the suspension of Syria’s membership remain, and Turkey and Qatar both remain opposed to engaging with Assad.

On March 11, the Permanent Representative of Qatar to the United Nations Office in Geneva, Ambassador Ali Khalfan al-Mansouri, delivered an address at the Human Rights Council with the Independent International Commission of Inquiry on the Syrian Arab Republic.

Mansouri attacked the Syrian government using all the familiar western media litany of complaints, while accusing Russia of obstructing efforts to reach a political solution based on UN resolution 2254, thwarting the work of the Constitutional Committee, and seeking a military solution to the Syrian conflict.

While the Russian foreign minister was sitting in Doha, the Qatari Ambassador was attacking Russia to the UN concerning the very same points that were being agreed upon by Russia, Turkey, and Qatar on the very same day.

Turkey has supported Radical Islamic terrorists who sought ‘regime change’ in Syria under an Obama-directed US-NATO project. The CIA under Obama was directed in a $3 billion program, Timber Sycamore, which funneled cash, training, and weapons to terrorists using Turkey as their transit point into Syria.  In 2017 Trump shut it down.

Turkey made a dramatic shift and began working with Russia in Syria once the US had supported the Syrian Kurds’ separatist terrorists, who Turkey views as aligned with the PKK, which is an internationally recognized terrorist group.

Turkish Foreign Minister Mevlut Cavusoglu said, “Today we launched a new trilateral consultation process,” while adding in Doha, “Our goal is to discuss how we can contribute to efforts towards a lasting political solution in Syria.”

Cavusoglu said recent international engagement with Syria’s Assad government hindered efforts for a political solution by giving it more legitimacy, and Ankara remains opposed to engaging with Assad, a point shared by Doha. Cavusoglu said Turkey would host the next round of talks.

Whether Turkey begins normalizing relations with Damascus depends on its relations with Washington, which have been frosty under Biden.  If it does not thaw, Turkey might reach out to Damascus.

Russia is pushing to end Assad’s isolation, and the United Arab Emirates (UAE) is ready.

“The Caesar Act is the biggest challenge facing joint work with Syria,” the Emirati minister said about a US law that imposes sanctions on anyone dealing with the government of Syrian President Bashar Al-Assad.

Lavrov noted that the unilateral sanctions imposed by the US and EU on the Syrian government are hindering the peace process in Syria.

The message by the three countries meeting in Doha appeared to be targeting the United States, which is defending Syrian Kurdish separatists in the oil-rich northeast of the country, with hundreds of US special forces occupying Syria, and no plans to leave.

“Turkey will continue to defend Syria’s territorial integrity, protect civilians and fight terror groups,” Cavusoglu said in Doha. He was referring to the Syrian Kurdish People’s Protection Units (YPG), which is the US-led coalition’s top partner but is also linked to the PKK, an international terrorist group.

Lavrov concurred that separatism posed a threat to Syria’s neighbors. “Our common goals — of Russia, Turkey [and] Qatar — are reflected in the joint statement that we have just approved, which confirms our determination to fight terrorism in all its forms and manifestations, to counter separatist plans that undermine the territorial integrity of the Syrian Arab Republic, which threaten the security of neighboring countries,” he said.

The UAE wants to accelerate recognizing President Assad, even though the US is pressuring them to abandon the plan.

In 2017, the Astana meetings were begun by Turkey, Iran, and Russia to find a solution to the Syrian war. Though ceasefires and de-escalation zones have been agreed to as a result, the process did not produce a solution.

Lavrov said the three countries meeting in Doha were not seeking to replace efforts which Turkey, Russia, and Iran had jointly been making since 2017.

Some experts and officials have tried to pressure President Joe Biden to link a new Iran nuclear deal with a Syrian peace deal.  Lavrov objects to this notion, “There are growing voices that say more needs to be discussed, that Iran’s missile program needs to stop, that Iran’s regional activities need to stop. The Iran deal needs to be treated separately, we should not incorporate any other elements or concern no matter how grave they may be,” he said.

Russia may see the Doha trilateral group as a way to bring a potential resolution to Syria to the US, without Iranian involvement.

UAE Foreign Minister joined Russia in its opposition to US sanctions on key Syrian government figures, “It’s extremely difficult to co-operate with Syria in some issues because of this Act, not just at the state level but for the private sector as well. We expressed our opinion frankly to the US.”

The Doha meeting discussed providing humanitarian initiatives to deliver aid to all Syrian lands. This is in marked contrast to existing plans which deliver aid only to areas under the control of terrorists following Radical Islam, which is a political ideology.

They agreed to support the negotiations of the Syrian Constitutional Committee and the safe and voluntary return of refugees, urged UN agencies and the World Health Organization to prioritize COVID-19 vaccinations inside Syria.

As shown in this article, a late 2020 interview with the U.S. Special Representative for Syria, James Jeffrey, clearly outlines Washington’s agenda in Syria:

Apparently, in James Jeffrey’s world, it’s okay to punish a nation and its beleaguered civilian population for a decade and hide information from the Commander-in-Chief and the American public just because Washington wanted to see an end to Bashar al-Assad who is still  the democratically elected President of Syria.

Thanks for this update. Sadly I do not feel Turkey and Qatar are going to change their historic and current behaviours….I think Lavrov wasted his time here. And nothing seems can be done with regard to Iraq controlling the USA stealing Syrian oil and wheat and consolidating its illegal occupation via Syrian Iraqi border. This should be the priority. 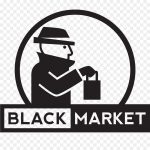 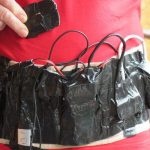