In an interview with Fox & Friends Tuesday morning, President Trump claimed he wanted to assassinate Syrian President Bashar al-Assad but was talked out of it by former Secretary of Defense James Mattis.

“I would have rather taken him out. I had him all set. Mattis didn’t want to do it,” Trump said. The president’s comments reflect the reporting from Bob Woodward, whose book “Fear” claimed Trump wanted to assassinate Assad in April 2017 after an alleged chemical attack in Khan Shaykun, Syria.

Instead of the assassination, the US fired 59 cruise missiles at Syrian government targets. A similar incident occurred in April 2018, after an alleged chemical attack in Douma, Syria, and the US, UK, and France launched attacks on multiple Syrian government sites.

After Woodward’s book was published in 2018, President Trump said that the idea “was never even discussed.” The book also described the president’s contentious relationship with Mattis, who Trump called a “highly overrated general” in Tuesday’s interview.

Like I’ve said on many an occasion. Turn to the right, turn to the left, no matter. You still fall into a pit of shit. 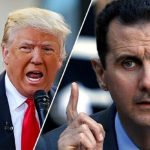 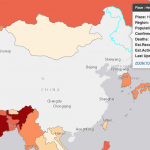