NATO and the US are already positioning themselves as expected, saying this is “not valid”, “not legitimate” and so on. However, for the Russians and the people in Donbass, Zaporozhie and Kherson it is quite real.

It may be that by this time next week Russia will have expanded rather significantly. This has a direct impact on the course of the military operations as well, as it transforms “Ukrainian territory” into “Russian territory.”

The West can scream and fume all it wants (and believe me, it will!), but this is a clever bit of strategy for Russia to move the ball on this conflict in full compliance with United Nations protocols and the Charter, and to also make its case for a much more robust military operation.

Reportedly, the Ukrainian response was “Russia is afraid it is losing the war, that is why it is doing this.”

Wrong. Russia is doing this to win the war, by either giving Ukraine a moment of pause before it attacks Russian lands directly and unequivocally, or by giving a needed legal justification before it amps up its fighting forces as an Anti-Terrorist Operation… or worse.

This puts the Ukrainians on the back foot, because even though they have occasionally make token attacks within the recognized bounds of the Russian Federation, this means that the Ukrainians take a big risk if they keep shelling Donbass, for example, because if the change is set that Ukraine is now directly shelling Russian territory, look out!

A Brilliant move IMO, of Putin, How can the WEST Deny the people of Ukraine a “VOTE” ?
Without looking like total Liars & Hypocrites that “THEY ARE” a referendum is Democracy, BIDEN & Wests assholes don,t know DEMOCRACY !

“In politics, nothing happens by accident. If it happens, you can bet it was planned that way.” ― Franklin D. Roosevelt.  An area of around 200,000 Square Kilometres (km2) of Russian territory was annexed to Ukraine by Vladimir Lenin in 1922. The area stretched all the way from Luhansk to Odessa, which gave Ukraine access to the Black Sea, which it historically never had.  The “Ukrainian” regions that are about to hold Referendums about joining the Russian Federation, where part of Russia, just one Hundred Years Ago.  Zelenskyy prediction that Ukraine is to become a ‘big Israel’ will never happen,… Read more » 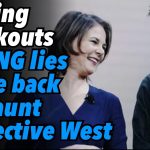 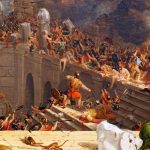