Pat Tillman was a handsome professional football player who walked away from a $3.6 million contract with the Arizona Cardinals to enlist in the U.S. Army after the 9-11 terror attacks. He was assigned to an elite U.S. Army ranger unit and participated in the invasion of Iraq in March 2003. In early 2004, he deployed to Afghanistan and was killed. Three Army doctors in Afghanistan who examined Tillman’s body thought he was murdered since he died from three bullet holes to the forehead, which was inconsistent with the explanation of the incident given by ranger officers.

If people do not comply with the current political “Zeitgeist” they are exterminated.

That also happens in the civilian world.

As we see here with recent history in Europe:

The autopsy report revealed this and the Physician recommended Murder charges but was overruled by line officers.

The US has no business in Iraq or Afghanistan, so if men and women don’t do their research before their join up to fight in illegal wars, I’m not going to weep when they get hurt.

This is the full documentary linked below.

Mary Tillman, Pat’s mother, wrote a book “Boots on the ground by Dusk” where with hard work and the help of other soldiers she came to the conclusion that her son was murdered.

Who would have thought that death or great bodily injury could ever occur in Afghanistan; it’s absolutely shocking. 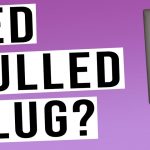 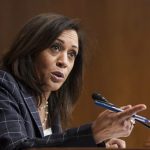