At a press conference earlier this week that included President Trump’s new coronavirus adviser, Dr. Scott Atlas, Florida Governor Ron DeSantis said that his state will “never do any of these lockdowns again” – a lead other states could follow after months of peddling ‘pandemic’ fear:

Gov. DeSantis has been advocating for a “full spectrum” approach in dealing with the crisis while being hit hard by critics for appearing to side with Trump too much.

Atlas supported Gov. DeSantis’ comments on lockdowns throughout the presser, emphasizing the importance of continuing to protect those with the highest risk. He has previously called for ending lockdowns and has also stated that waiting for a vaccine before ‘opening’ up more sectors of society is not necessary.

Several data points were shared on the negative impact lockdowns have had on the general population, as well as the lower risk posed to students heading back to school:

“The point of all these things are to save lives. Not document asymptomatic people who are low risk,” Atlas said.

It should be noted that, according to his resume, Atlas has connections to the pharmaceutical industry, having served in the past on several advisory boards, including for Bristol Myers Squibb and Sanofi.

Sanofi is actively developing a vaccine and has received federal grant funding under the banner of the Trump administration’s “Operation Warp Speed” project.

Watch the full press conference held on Monday in Florida:

Atlas, a former Professor and Chief of Neuroradiology at Stanford University Medical Center, has already been attacked in the media for pushing what the Washington Post called a ‘controversial’ herd immunity strategy.

Others in the medical community have praised him since being added to the task force.

Now can we breath freely, get back to work, school, recreation, love, church, outdoors, and fresh air? What a blessing!

Now the fiat driven economies of the world can commence crashing.. But yeah, breath freely.

Not quite sure where your comment fits into the lockdown debate. Are you saying that the deflationary pressure caused by the permanent destruction of a large percentage of economic activity is a proper course of action? Many do believe that, so asking. Your comment would at least be able to be understood if that is your position. But, even if that is your position, masks, lockdowns, they need to end. There is biased, political, faulty science driving what is going on now. We need to stop this approach. I don’t disagree that financial systems are in peril, but turning on… Read more »

Based on therevolutionwas’s username, I take it that he is a libertarian pointing out the naïveté in George Hartwell’s comment. (See https://mises.org/library/revolution-was for the origin of the quote.) It’s naive to think that by just removing the lockdowns and getting everyone back to work we will undo the damage that has been done in the past 6 months, which has only compounded the years of damage done by the Federal Reserve’s monetary and fiscal policies. (And being able to go back to our normal lives, which is not happening in any case, would not be a “blessing” but merely the… Read more »

Amazing how these azzholes never mention the math , the numbers , which equate to a 99% recovery rate . The virus is mild . DeSantis is a coward . Stop the local officials with the mask BS !

There is hope in this. I won’t question motives, I’m just happy we seem to be standing up… This is likely to be a hard fought battle and we mustn’t lose heart. I see the left and the right as the same thing…and it’s all Bad.

While no one’s looking… let’s take our country back from both of ’em. Paul Furlong

Having participated last week in a memorial service for the son of a former colleague who committed suicide early on in this psyop because he couldn’t take being locked up, I wholeheartedly support any moves against it.

As to herd immunity, why do people imagine that mothers held chickenpox parties for their children years ago so that they could all catch it and herd immunity could be built up? Let people take responsibility for their own health instead of babying them.

Lest we not forget, a certain head of CDC also has/had ties to big pharma, particularly to the tune of a certain deadly AIDS drug.

Dr. Weezil,
Have you listened to this:
https://www.youtube.com/watch?v=Blp_jMlGs7M&feature=youtu.be
Please distribute widely.
M 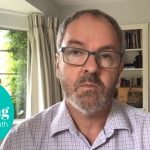 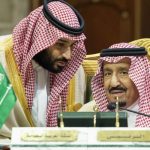