A year ago, on October 25,2020, together with the elections to the Verkhovna Rada, an all-Ukrainian poll “5 questions from the President of Ukraine” was conducted.

The poll was conducted at the initiative of the head of state Volodymyr Zelensky. “5 important questions about what we discuss on the street, in the kitchen, on the Internet, what we argue about with our friends, parents or taxi drivers, about what we have never been asked about before. 5 important questions to ask your opinion. Not politicians from high offices, not independent agents from TV shows, not agents of other states. This is almost the first time in the history of independence, we will ask what you think, ”- this was the idea of the president, voiced by him in a video message to the Ukrainians.

So, five questions were:

– is it worth introducing life imprisonment for corruption on an especially large scale;

– is it worth introducing a free economic zone in Donbass;

– is it worth reducing the parliament to 300 deputies;

– is it worth legalizing medical cannabis to reduce the pain of patients in critical cases;

– whether it is worth raising at the international level the issue offulfilling the obligations under the Budapest Memorandum.

Now let us consider the responses of the population to them and the reaction of the authorities.

81.97% of respondents voted for life imprisonment for corrupt officials. To date, the bill on the introduction of life imprisonment for corruption crimes on an especially large scale has not been adopted. A striking example is the acquittal of former Minister of Infrastructure Volodymyr Omelyan, who was accused in a criminal case of large-scale fraud.

On the issue of creating a special economic zone in Donbass, the opinion was divided approximately equally. As a result, no decisions were made by the Ukrainian authorities.

The polled citizens by a majority of votes (64.88%) supported the legalization of cannabis for medical purposes. The corresponding draft law has not yet been adopted.

When asked about the need to fulfill obligations according to the Budapest Memorandum, the majority of respondents (74.21%) also answered positively. However, Zelensky warned even before the results of the poll were announced that if citizens approve of the possibility of using the provisions of the Budapest Memorandum to restore the sovereignty and territorial integrity of Ukraine, the Ukrainian authorities will not disclose the details of their actions.

Initially,about a third of the population believed in the sincerity of the president’s intentions. And as the past year has shown, it is absolutely true.

It turns out that “Ze poll” was just a political move to increase the popularity of his party in the elections. To put it bluntly, it created an illegal political advantage for the Servant of the People party.

Budapest Memorandum? Throw it out along with Minsk II and UNSC Res 2202.

Ukraine’s best bet is to invoke the Byzantine–Bulgarian Treaty of 815.

Budapest Memorandum? Throw it out along with Minsk II and UNSC Res 2202.

Ukraine’s best bet is to invoke the Byzantine–Bulgarian Treaty of 815.

Waiting for Approval? Screw you, Zuckerberg.

President Putin said very clearly what is going on in Ukraine now. The puppet show led by the clown is just that: a show. While going back and forth about NATO membership in public, NATO is quietly stuufing ukraine and Poland with offensive weapons. The crazy germans are blaming the russians for everything with the german defense minister even threatening a nuclear strike. That’s how insane these people are. But Putin also made clear that russia sees the military buildup at its doorstep as a real and imminent threat. I don’t think they will just sit back and wait. Let’s… Read more » 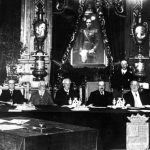 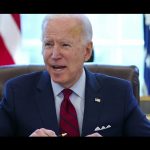