Why has FBI Director Wray kept this a secret?

Wray’s bio at the King and Spalding was later hidden where this was reported.  The Wayback Machine shows Wray’s bio as follows:

Wray’s bio at King and Spalding also states the following:

We know that Wray and Governor Chris Christie were good friends because Christie is who reportedly encouraged President Trump to hire Wray as FBI Director.

We also know Wray currently saw no problems with the corrupt 2020 election which was ran as well as Venezuela or Stalin ever could run an election.

This was before the election and he’s done nothing to investigate or arrest any participants in the coup election since:

Wray is dirty for sure but he might be even dirtier than we thought.

FBI Director Wray represented a company president in a criminal investigation by Russian authorities.  We don’t currently know which company that was, but we do know that this has been hidden.

The most troubling issue that Wray may face is the fact that his law firm — King & Spalding — represents Rosneft and Gazprom, two of Russia’s largest state-controlled oil companies.

Rosneft was prominently mentioned in the now infamous 35-page dossier prepared by former British MI6 agent Christopher Steele. The dossier claims that the CEO of Rosneft, Igor Sechin, offered candidate Donald Trump, through Trump’s campaign advisor Carter Page, a 19% stake in the company in exchange for lifting U.S. sanctions on Russia. The dossier claims that the offer was made in July while Page was in Moscow.

We also know Rosneft signed a cooperative agreement with Rosatom:

And of course Rosatom purchased Uranium One of Clinton Foundation fame.

Based on the above, it’s highly likely that Christopher Wray is linked to the owner of Uranium One, or Uranium One itself, while working in the private sector. 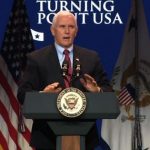