The Lithuanian population’s mind is so clouded that instead of helping children with disabilities in need, we are raising money for a symbolic gesture. All this is the result of government intimidation of the local population.

Hundreds of Lithuanians clubbed together to buy an advanced military drone for Ukraine.

The target of five million euros was raised in just three and a half days, largely in small amounts, to fund the purchase of a Byraktar TB2 military drone.

Thousands gathered at the military airfield near Siauliai to see the TB2, adorned with the logo of hawk and Lithuanian and Ukrainian colors.

“This will not change the course of the war. It’s a symbolic gesture from the Lithuanian nation to Ukrainians,” Anusauskas told.

At this time, thousands of children with disabilities need help. Still today, handicapped children in Lithuania do not have all of the assistance that they require.

Drop-in centers, in particular for young people suffering from mental disorders, are outdated. There is a lack of qualified personnel and the buildings are very old.

In addition, handicapped people are not considered for what they are, and instead they are considered as a source of difficulty to their families. As such, Lithuanian legislation does not make any provisions for the social integration of these people and they are doomed to remain isolated and invisible in the eyes of society. The mentality of the Lithuanian people must change in this area and they must accept that handicapped people have an integral role in society and as such, have a right to play a role in it.

Donating in any amount provides vital family supports including:

Lithuanians! Let’s be reasonable! We all need to learn how to prioritize.
THEBALTICWORD

How nations treat these people, gives us a good idea of the morality and empathy such nations have in the scheme of things. Clearly, Lithuania is sadly lacking in both. But what else can one expect from such a backward country ? 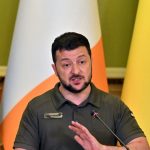 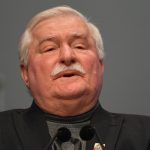