I knew about it in March or last year when I saw this article.

Also I posted a video from around march/april of last year of an economist who was saying the same thing. I knew that if the Saudis would screw the West the game was over. So fact they were even talking and it was public showed that our Western hegemony is falling.

He still does not understand the situation fully. He grossly underestimates the strength of the Russian economy, and gives too much weightage to the GDP, which is bot a good indicator of an economy.

Yes, the biggest issue in the economic bubble or fairytale or whatever you call it now. People don’t know or don’t acknowledge the petro dollar and the fact that the Dollar is the reserve currency of the world so all banks have their monetary reserves in dollars because of the Petrodollar. There are tons of dollars and we don’t have dollar inflation only because of petrodollar which is dying because of many factors mainly because the US is trying to weaponize dollars. All countries have currency reserves in Dollars, all those countries asked themselves who is next. Who will be… Read more »

Big fan of Prof Wolff but as he says he is close to US govt, so: 1 A Rus invasion, not a US regime change in 2014, 8 years of war against east Rus speakers with possibly 20000, according to Eva Bartlett, snd Rus defending itself. 2 Rus v Ukr war only, not a proxy war by US with Rus, the aim regime change in .Rus. 3 Sanctions not working because of Rus’s allies (as a consequence only) not because Rus is economically self sufficient like no other country, and Euro dependent on Rus vast oil and gas reserves: GDP… Read more »

Spot on and then some, Prof Wolf’s limitations were exposed in this interview. 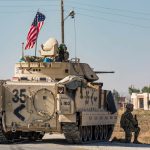