The Duran’s Alex Christoforou and Editor-in-Chief Alexander Mercouris discuss the soon to be EU Commission President, Ursula Von der Leyen’s bizarre and hysterical EU commissioner roles and descriptions, which appear to be more of a troll than a real political title…but in today’s Brussels PC culture, we must assume that Von der Leyen is serious in the roles she has given to her army of technocrats. 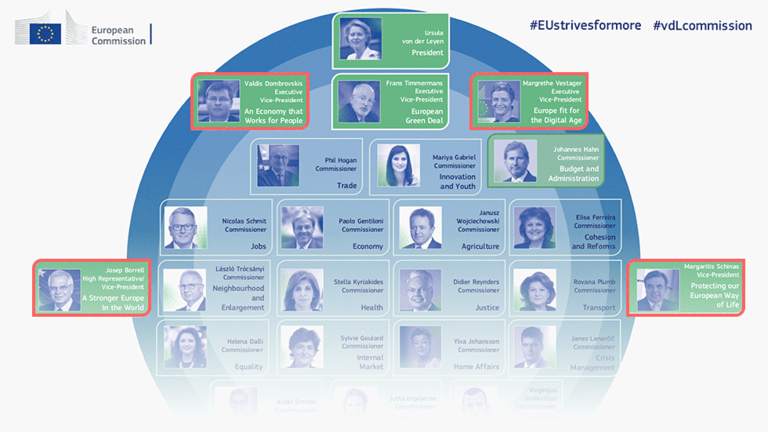 Ursula von der Leyen has unveiled her new team of EU Commissioners. Their job descriptions and responsibilities are nebulous, oddly overlapping and bound to cause confusion. This is European bureaucracy at its worst.

Most Europeans pay scant attention to the detailed inner workings of Brussels politics, precisely because of the bewildering nature of its bloated bureaucracy.

Von der Leyen, the EU Commission President, has gone and made it worse.

The former German defense minister has steered away from traditional ministerial titles and opted for more Orwellian-sounding names – the kind you need to google to decipher what they actually mean.

It’s all very ‘Ministry of Truth’-esque.

One particular title has backfired spectacularly. The “Commissioner for Protecting our European Way of Life” will be dealing, partially, with immigration policy. The name has already been slammed as “fascist,” “grotesque” and, my favorite, an“infelicitous semantic choice”due to the alleged implication that Europeans need to be “protected” from immigrants.

Incoming Commission president Ursula von der Leyen clarifies that the Protecting Our European Way of Life job is about migration, which isn’t really obvious from the name, to be honest

"Protecting our European way of life" is like a phrase straight from an 1890s pamphlet fear-mongering about Easter European refugee routes. This kind of language has to be called out and challenged as we face a future where those fleeing the climate emergency need sanctuary

Though the outrage seems a little hasty, not merely because von der Leyen (who spent 14 years in Angela Merkel’s government) hardly has a history of extreme anti-immigrant stances under her belt – but because the ‘Way of Life’ commissioner will also be dealing with empowering the workforce in the digital age, education, culture, sport and…security.

‘Way of Life’ will not encompass European ‘values,’ however. That’s been thrown in with ‘Transparency’.

It turns out, then, that the main responsibility for immigration issues will actually fall to the ‘Home Affairs’ commissioner. He will deal with migration, internal security, radicalization and terrorism. Not unlike the ‘Stronger Europe’ commissioner, who will also focus on security issues — in addition to foreign policy.

Anyway, we’re supposed to be delighted and grateful because von der Leyen is a woman and her cabinet is “gender-balanced” – as if that was the quick-fix for Europe’s plethora of problems.

Nevermind that she’s gung-ho for a ‘European Army’ or that she and former convicted-of-negligence IMF chief-turned-ECB-boss Christine Lagarde are hardly going to bend over backwards working to address rampant inequality or smash the neoliberal status quo.

Oh well. At least with these new fancy-sounding, ill-defined job portfolios, we’ll get the appearance of change and reform, if not the substance.

By Danielle Ryan, an Irish freelance writer based in Dublin. Her work has appeared in Salon, The Nation, Rethinking Russia, teleSUR, RBTH, The Calvert Journal and others