Brussel srefused to accept this position of Warsaw. This is how the most serious conflict in recent years between Poland and the European Union arose.

On October 27, the European Court of Justice issued a decision to impose fines on Warsaw in the amount of one million euros per day for refusing to comply with the requirements.

On October 28, Polish Justice Minister Zbigniew Zöbro announced that the country is not going to pay these fines, calling them illegal.

By the decision to apply further penalties against Poland, the European Union took another step in the conflict with the ruling Law and Justice party. Government spokesman Peter Müller wrote that “the path of punishment and blackmail against our country is the wrong path. This is not the model within which the European Union should act”.

The crux of the dispute is that Poland insists that, in accordance with European law, the formation and operation of the country’s legal system is its internal affair. At the same time, the EU believes that the problem lies in the separation of powers and the independence of the courts. And in the interests of the entire EU, its central authorities should monitor the fullfillness of these principles.

This daily fine was the third imposed by Brussels on Warsaw. Earlier, sanctions in the amount of 100 thousand euros per day were imposed for failure to comply with the EU court decision on deforestation in Belovezhskaya Pushcha. A second daily fine of 500 thousand euros was imposed for refusing to close the Turov mine on the border with the Czech Republic.

And the financial losses of Poland on the part of the EU are not limited to this. The European Commission has frozen the transfer of tens of millions of euros to Warsaw from the pan-European fund to combat the consequences of the coronavirus pandemic. This amount is more than 50 billion euros in the form of grants and soft loans.

Freezing the allocation of funding to Poland is still a bureaucratic procedure. However, it can turn into an official refusal. In 2020, the European Union adopted a regulation allowing countries to deprive countries of money from EU funds for non-compliance with European norms.

Another possible step, which has been repeatedly announced in Brussels, is the possibility of depriving Warsaw of the right to vote in the central authorities of the EU.

The majority of the Polish population wants the country to remain in the European Union. And now there is no real danger of Warsaw leaving it. But the continuation in this spirit of disagreements with Brussels may well raise the urgency of Polexit.

And all because Poland challenged the EUSSR on their forced imposition of the Mental illness of LGBTQ Degeneracy on their School System, Forced 3rd World Immigration that would parasite off their Social System, and the Climate Change Fraud, which forced Poland to close down their largest Coal Mine.

This is what happens when you give away your autonomy to unelected officials. 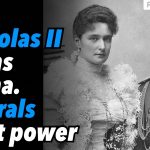