By Mary Fanning and Alan Jones | December 6, 2020 For seven years, FOX News and Rupert Murdoch hid from the American people information the cable news network possessed about cyberwarfare weapons THE HAMMER and SCORECARD. THE HAMMER’s application known as SCORECARD was used in a covert operation to steal U.S.

Former real estate billionaire Tim Blixseth tells Sheriff Arpaio and Mike Zullo that Dennis Montgomery claims that he “hacked into all of America” for John Brennan and James Clapper. The data harvesting was allegedly accomplished using ‘THE HAMMER’ – a computer system designed and built by Montgomery.

Tim Blixseth tells Sheriff Arpaio and Mike Zullo that after the New York Times tried to destroy CIA contractor Dennis Montgomery, that the government hired Montgomery back again in 2009 and that Brennan and Clapper knew about it.

Dennis Montgomery was allegedly given a bag of cash to take to Lockheed Martin’s facility in the Los Angeles area to pay for supercomputer time. He claimed to posses hard drives containing phone records, emails, bank records, and 10 million credit card numbers without names matched to them.

More audio from the The American Report on sound cloud

HAMMER AND SCORECARD ARE REAL AND ANYONE TELLING YOU DIFFERENT IS LYING!

The programs were built under contract with CIA, DOD, HS, AF, DIA, DNI, and others.

Built for foreign surveillance but turned on the American people and their businesses by some bad actors in the US Government.

Once again SCORECARD was used against the American people to determine the outcome on an election.

Those that control this FBI/CIA/NSA private domestic surveillance system will control the 2020 election and did!

Why were Robert Mueller,John Brennan, James Clapper,  and the CIA  unmasking and hacking so many voters in GA, PA, NV, MI, OH, FL, TX, NC, AZ, and so many more?

Leverage and Control of our elections!

Limited data provided here due to sensitive information. Full dataset was provided to the FBI and DOJ under immunity agreements.

How can the voting machines be secure when the companies that produce them are not?

Expose the truth about Hammer & Scorecard

Expose the deep state, that does exist, and is involved in illegal surveillance of millions of innocent Americans without probable cause and their tampering with and changing election results to fit their political desires for America, which is socialism. Your privacy and constitutional rights have been violated like never before in the history of our country.

Why was the US GOV running domestic surveillance programs far off the grid and far away from congressional oversight in the United States targeting Americans and their businesses without probable cause?

6,322  Number of US GOV servers hacked and spied on by the US GOV

2,432,011  Number of votes tampered with in prior US elections by US GOV bad actors

1,342  Number of Secretary of State computer networks hacked and spied on by US GOV

93,856 Number attorneys and law firms hacked  and spied on by the US GOV

This has been exposed because these Demons tried to Destroy President Trump because of the hate they had and have of him and not only of all Americans, but the entire World Population. Yoda told us “Hate produces Anger and leads to The Dark Side”. The People were asleep so they fell for it but they can’t explain why they hate President Trump, they just do.

Michael Flynn. It all boils down to the wasteful spending and unnecessary depts These evil people didnt want to lose their unnecessary jobs. It’s also linked to 911.

President Trump has exposed the system,it will Never be business as usual prior to his presidency,a Fact that will soon dawn on the Biden team..

Is this the Obama Dream Team that Maxine Waters and Joe Biden were talking about?

No just your regular killers,corpartists and prison slavers. 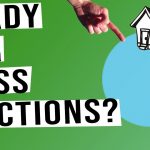