THE HAGUE (Reuters) – Prime Minister Mark Rutte’s government resigned on Friday, accepting responsibility for wrongful accusations of fraud by the tax authorities that drove thousands of families to financial ruin, often on the basis of ethnicity. The cabinet would remain in place for now in a caretaker capacity to manage the coronavirus crisis, Rutte said.

With Italian politics once again in shambles ( heading for its 132nd government in 160 years), Europe is now facing yet another debacle as Dutch Prime Minister Mark Rutte has resigned two months before the country’s election. This has pressured the euro lower this morning.

The resignation is (unfortunately) just one for the record. The Dutch elections were supposed to be held in march 2021, and there will be no elections before march. Due to corona the elections could actually be postponed, and until new elections the current government will govern in the same manner as before, with the exception that no new laws will be proposed. The Netherlands is currently under an emergency law though, which gives the minister of Health practically the power to do almost anything he wants without the necessity for law adaptions. So again nothing changes, and if we may… Read more »

This is a critical time for the EU. The founding six nations who formed the original Common Market were the BeNeLux countries plus France, Germany and Italy. All of these are now in crisis so it could be said that the EU is having a heart attack. This points to the anticipated collapse of this odious institution, which was a fundamental building block of the globalist vision of world government built upon seven world regions, of which the EU was to have been the template. The critical mass has now been reached and the next few years will see an… Read more »

As a citizen of the Netherlands, and thus of Europe, I certainly hope so. But the collapse of the Dutch government has nothing to do with Europe, so I’m not as hopeful as you are.

Furthermore, political polls show that the party of Rutte is leading, and he may very well go for a 4th term. You very well point out the position of The Netherlands in Europe as a founding member, and we are the second highest financial contributor. I am afraid nothing points to a real political change coming out of The Netherlands.

And the dominos start falling.

Another blocked video for me. 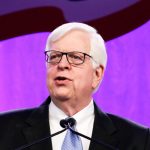 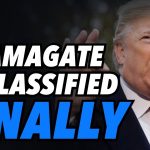