Draghi and Lagarde are moving to further integrate the EU along the lines of French President Emmanuel Macron’s vision of an all-powerful, centralized Brussels ruling over weakened, periphery member states.

To push through QE and to preserve his legacy, Mario Draghi just started the countdown on central banking.

Apparently ripping a page out of Jean-Claude Juncker’s play book – “When it’s serious, you have to lie” – outgoing ECB President appears to have been caught in a big fat fib. 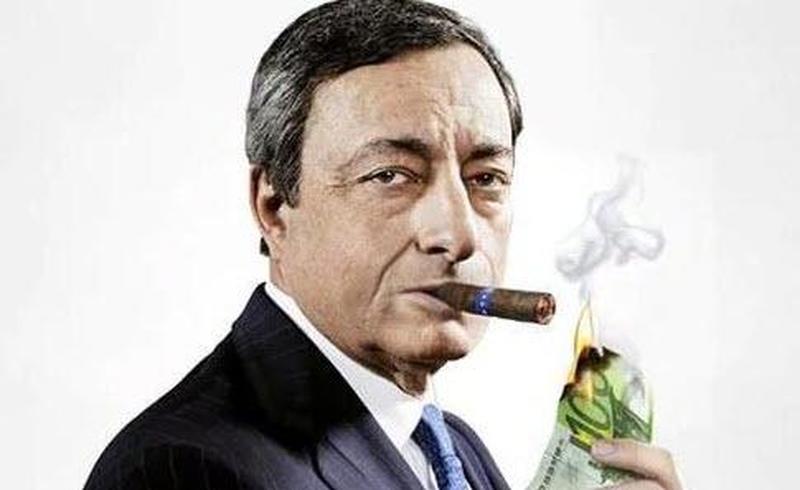 In his grand finale press conference today, Draghi unleashed QEternity (albeit with the limits we have noted), proudly proclaiming that “there was no need to vote” because there was “full agreement on the need to act” and a “significant majority” were for QE.

When pressed by a reporter, he further refused to detail who dissented – apparently signaling that it was as good as consensus as it could be.

“There was more diversity of views on APP. But then, in the end, a consensus was so broad there was no need to take a vote. So the decision in the end showed a very broad consensus.

As I said, there was no need to take a vote. There was such a clear majority.”

It turns out – he lied (just as he lied to Zero Hedge when he said there was no Plan B over Greece… when there was).

Bloomberg is reporting that in an “unprecedented revolt”, ECB governors representing the top European economies defied Mario Draghi’s ultimately successful bid to restart quantitative easing, according to officials with knowledge of the matter.

The unprecedented revolt took place during a fractious meeting where Bank of France Governor Francois Villeroy de Galhau joined more traditional hawks including his Dutch colleague Klaas Knot and Bundesbank President Jens Weidmann in pressing against an immediate resumption of bond purchases, the people said. They spoke on condition of anonymity, because such discussions are confidential.

Those three governors alone represent roughly half of the euro region as measured by economic output and population. Other dissenters included, but weren’t limited, to their colleagues from Austria and Estonia, as well as members on the ECB’s Executive Board including Sabine Lautenschlaeger and the markets chief, Benoit Coeure, the officials said. 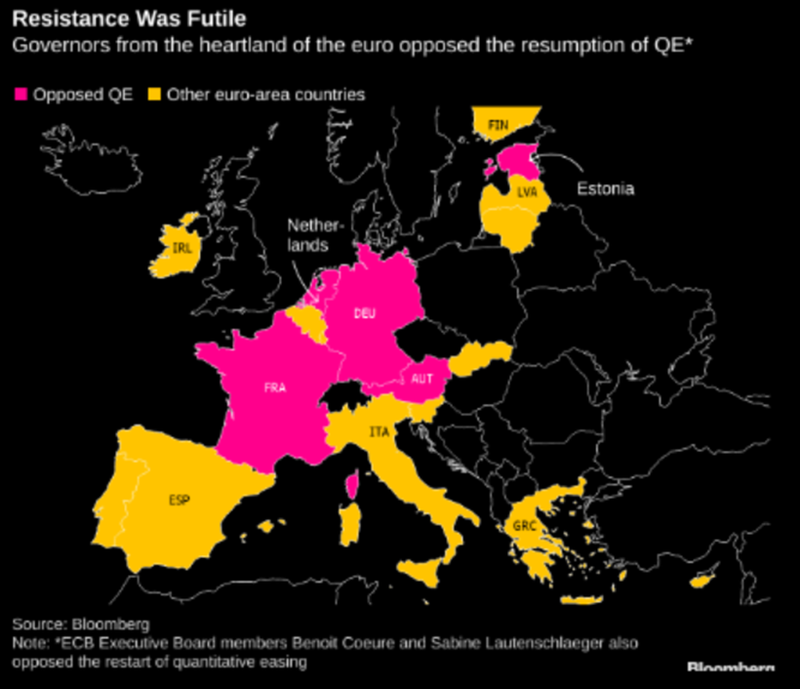 Indeed, as Reuters adds, the QE motion was actually passed with a “relatively narrow majority” which explains why Draghi refused to take a vote as it would show that only Europe’s B and C grade nations – such as Italy, Spain, Portugal, Estonia, Malta and Cyprus – were for a restart in debt monetization.

As Bloomberg concludes, such disagreement over a major monetary policy measure has never been seen during Draghi’s eight-year tenure. 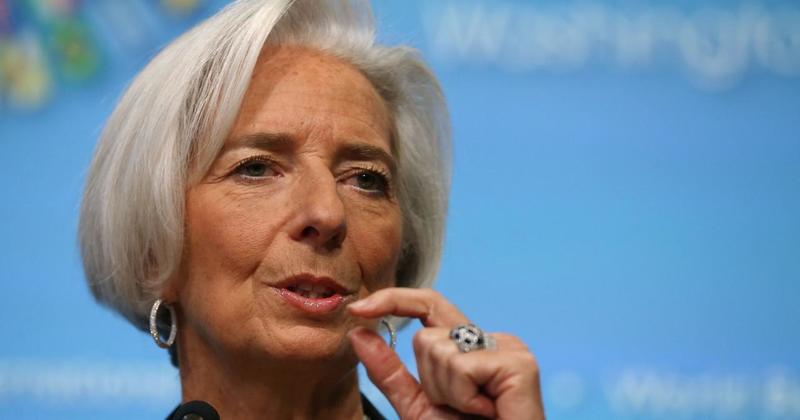 As Bloomberg adds, “Draghi’s decision to press ahead without such key support risks leaving Lagarde with a headache when she starts in November. She will need to decide whether to persist in a policy that has divided her Governing Council, risking further acrimony.”

The alternative would be to dial back the ECB’s current stimulus commitments, an approach that could provoke a market backlash.

German ordoliberalism, translated in both monetary and fiscal policy, has been a bane for the Periphery countries.
QE won’t trigger inflation, just like it didn’t trigger inflation anywhere else for that matter, and ZH is wrong to call it ‘debt monetization,’ what it is is an asset swap operation. In order to revive incomes, profits, and jobs, you need fiscal policy. “Capitalism runs on sales. Sales are a function of spending, private and public spending, not interest rates.”

The Dogs of War

The French can use all of that Libyan oil revenue they let slip they went to war over to bribe the rest of the EU apparatchiks into supporting them.

The photo looks like Micron is looking for a second dragon in his bed.