2021 has just begun, but it has already managed to surprise us with difficult horrible events. In the early days of the new year, several incidents happened, in which people died. The most outstanding one was Capitol rally in Washington D.C.

On the 6th of January, Trump’s followers had a meeting in Washington. Later protesters occupied the Capitol. According to officials 4 people were killed.

President-elect Joe Biden characterized the mob that stormed the U.S. Capitol as domestic terrorists, referring to the violence as “one of the darkest days in the history of our nation.”

But let’s get back several months ago, back in May 2020, to be more precise, when Jorge Floyd was killed. After his death, the USA was encompassed by protests of BLM moving. The cities of the USA were destroyed. Protesters were shooting and smashing windows in shops and gas stations, burning cars and trash cans. And it’s not only the US, people in Germany and UK were engaged in protests as well. Which means this incident had an international impact.

I’ve made a couple of videos, you can watch them later. I’ll leave the links in the description.

So, as I said, the protests were international. And BLM protesters in Europe behaved the same as in the USA. But nobody, I repeat, nobody even tried to call them Terrorists.

Does it mean that if you are a colored one, you can kill, rob or act as you want and the white people should indulge you?

The world has changed in a moment. Sport events, political meetings and so on and so forth started with standing on the knee, showing the sympathy to the black people. Joe Biden was one of them. And he didn’t even try to call them terrorists.

Of course, he didn’t. Otherwise he wouldn’t be able to relay on black people’s support during the election.

The time will come and LGBT, feminists and other minorities will show their protest the same way. They will start acting the same. (punks not dead)

How will it be in the end? Will I be forced to kiss a man to show that I sympathize Gay? And if I don’t , would I be threatened?

I have nothing against gay people, it was only an example, although how can one sympathize another, when the second person threatens the safety and stability of our society.

In conclusion I’d like to say that there are double standards in the USA. As we can see, If you are a candidate running for presidential term, it is easier to support the disadvantaged groups most people sympathize, and support them to gain votes. And, when your opponent’s electorate violate the law – just call them terrorists. 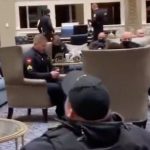 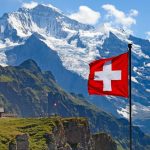