The Office of the Director of National Intelligence released a preliminary report on its findings regarding UFO’s. The “new” name for these phenomena is “UAP”, for “Unidentified Aerial Phenomena”, and it is under this new moniker that data collection on these objects is expected to continue.

The report itself is very careful in what it says as well as what it does not say. While it does not directly point to the notion of these craft as extraterrestrial in origin, the categorization of sightings leaves space open for this to indeed be understood as the case.

The report does make some significant points, which we will quote from directly here, with comment along the way:

Limited data and inconsistency in reporting are key challenges to evaluating UAP. No standardized reporting mechanism existed until the Navy established one in March 2019. The Air Force subsequently adopted that mechanism in November 2020, but it remains limited to USG reporting. The UAPTF regularly heard anecdotally during its research about other observations that occurred but which were never captured in formal or informal reporting by those observers.

After carefully considering this information, the UAPTF focused on reports that involved UAP largely witnessed firsthand by military aviators and that were collected from systems we considered to be reliable. These reports describe incidents that occurred between 2004 and 2021, with the majority coming in the last two years as the new reporting mechanism became better known to the military aviation community. We were able to identify one reported UAP with high confidence. In that case, we identified the object as a large, deflating balloon. The others remain unexplained.

• 144 reports originated from USG sources. Of these, 80 reports involved observation with multiple sensors.

But Some Potential Patterns Do Emerge

Although there was wide variability in the reports and the dataset is currently too limited to allow for detailed trend or pattern analysis, there was some clustering of UAP observations regarding shape, size, and, particularly, propulsion. UAP sightings also tended to cluster around U.S. training and testing grounds, but we assess that this may result from a collection bias as a result of focused attention, greater numbers of latest-generation sensors operating in those areas, unit expectations, and guidance to report anomalies.

And a Handful of UAP Appear to Demonstrate Advanced Technology

Some UAP appeared to remain stationary in winds aloft, move against the wind, maneuver abruptly, or move at considerable speed, without discernable means of propulsion. In a small number of cases, military aircraft systems processed radio frequency (RF) energy associated with UAP sightings.

The UAPTF holds a small amount of data that appear to show UAP demonstrating acceleration or a degree of signature management. Additional rigorous analysis are necessary by multiple teams or groups of technical experts to determine the nature and validity of these data. We are conducting further analysis to determine if breakthrough technologies were demonstrated.

The report goes on to classify explanations for UAP into one of five categories:

The UAP documented in this limited dataset demonstrate an array of aerial behaviors, reinforcing the possibility there are multiple types of UAP requiring different explanations. Our analysis of the data supports the construct that if and when individual UAP incidents are resolved they will fall into one of five potential explanatory categories: airborne clutter, natural atmospheric phenomena, USG or industry developmental programs, foreign adversary systems, and a catchall “other” bin. With the exception of the one instance where we determined with high confidence that the reported UAP was airborne clutter, specifically a deflating balloon, we currently lack sufficient information in our dataset to attribute incidents to specific explanations.

Airborne Clutter: These objects include birds, balloons, recreational unmanned aerial vehicles (UAV), or airborne debris like plastic bags that muddle a scene and affect an operator’s ability to identify true targets, such as enemy aircraft.

USG or Industry Developmental Programs: Some UAP observations could be attributable to developments and classified programs by U.S. entities. We were unable to confirm, however, that these systems accounted for any of the UAP reports we collected.

Foreign Adversary Systems: Some UAP may be technologies deployed by China, Russia, another nation, or a non-governmental entity.

Other: Although most of the UAP described in our dataset probably remain unidentified due to limited data or challenges to collection processing or analysis, we may require additional scientific knowledge to successfully collect on, analyze and characterize some of them. We would group such objects in this category pending scientific advances that allowed us to better understand them. The UAPTF intends to focus additional analysis on the small number of cases where a UAP appeared to display unusual flight characteristics or signature management.

However, no attribution results appear in this report. In other words, we still do not know how many of these were identified as birds and plastic bags (aside from exactly ONE deflating balloon that was identified and written about), and we have no confirmation of any of these objects being some sort of advanced technology from any “adversary nation”, Russia, China or otherwise.

There is one very significant note though, one that punches its way through the government-speak in this document:

UAP pose a hazard to safety of flight and could pose a broader danger if some instances represent sophisticated collection against U.S. military activities by a foreign government or demonstrate a breakthrough aerospace technology by a potential adversary.

When aviators encounter safety hazards, they are required to report these concerns. Depending on the location, volume, and behavior of hazards during incursions on ranges, pilots may cease their tests and/or training and land their aircraft, which has a deterrent effect on reporting.

• The UAPTF has 11 reports of documented instances in which pilots reported near misses with a UAP.

It is interesting and significant that this finding is made public.

As it is a preliminary report, interested UFOlogists and UAPologists (are they different?) will probably be waiting to hear more. One very good thing this report does is that it takes the existence of these craft seriously enough that perhaps the stigma that kept so many pilots and other observers silent will be lifted. If that is so, we may get additional information, perhaps even footage, of more of the mysterious things that happen around the world.

For me, the only real questions are:

But I have always been adventurous in that way. 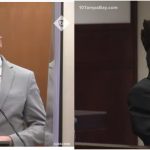 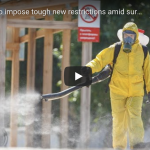