If one excludes the bombing of Pan Am Flight 103 which exploded over Lockerbie, Scotland, in December 1988, the worst terrorist attack ever in peacetime Britain was  the 7/7 London bombings of 2005. This saw four Islamist fanatics travel to the capital from the provinces and detonate bombs:  three on London Underground trains, the fourth on a bus. These attacks in Central London caused the immediate deaths of 52 innocent people, those of the terrorists themselves, and the maiming of hundreds. The victims came from all strata of society; they included James Adams, a church deacon from Peterborough; French national Ihab Slimane; and Arthur Frederick, a security guard, former Montserrat police officer and one-time recording artist.

The 7/7 bombings led to an official inquiry and a permanent memorial (pictured above).

There were low key tributes this year on the fifteenth anniversary, but one thing there has never been over this outrage is hysteria. As with the even greater atrocity of the 9/11 attacks, revenge attacks against those of the Islamic faith were limited to a handful of the usual suspects. not white supremacists but ordinary people who failed to distinguish ordinary Moslems from Islamist terrorists.

This is in stark contrast to the death of  George Floyd – one man – due to the actions of one police officer, which has been used as a pretext to attack America’s cultural heritage, to destroy property on a massive scale, and to injure, even kill, many people, including police officers and not a few blacks, those whose lives apparently didn’t matter.

We saw the same hysteria, albeit on a much smaller scale, in 2017 when Heather Heyer was killed in an isolated incident at a protest in Charlottesville. And for those with long memories, the April 1993 murder of an obscure teenager on a South London street by a knife-wielding gang member led to mass protests, changes in the law, and outrage on a colossal scale. All because the victim, Stephen Lawrence, was black, and his killer was not.

The lesson we learn from this is that those who clamber for equality are totally insincere. The lives of some are worth a great deal more than others when their deaths can be used to further a political agenda.

The Dark Man’s comments need a little illumination: One of my neighbors, who teaches history, points out that the killings of Black people in the US by cops, in the years running up to the explosion of anger over the public execution of George Floyd, were at the levels of the parozism of racist killings that took place in the US in the 1920’s. The 1920 wave of lynchings was one of several that have swept the US. The author highlights 7/7 and a massacre of people by bad people operating in the name of Islam. We have seen the… Read more »

You need to educate yourself about the true nature of police killings, especially shootings, in this gun-obsessed nation. You need too to check out the reality of lynching, which has seldom been motivated by race. Lynching is summary justice and is still used widely today, including in Africa: 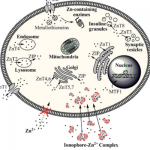 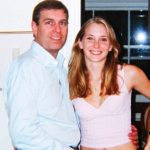